Our live coverage of the coronavirus pandemic is free for all registered readers. Please also consider supporting our journalism with a subscription.

More than 200,000 workers in aged care services will receive a cash bonus within weeks in a move from Prime Minister Scott Morrison to address community anger about soaring virus infections and lift the government into a stronger position ahead of the election due by May.

Mr Morrison will promise up to $400 in a wage top-up to aged care workers this month and the same amount again in early May in a scheme timed to bolster support as senior cabinet ministers admit voters are sending them a message in a savage swing against the Coalition in published opinion polls. 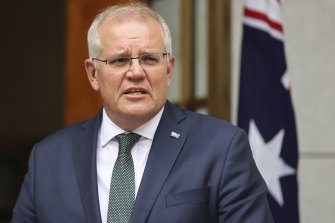 The federal payment comes two days after Labor leader Anthony Albanese called for a pay rise for aged care staff and tougher regulation so every nursing home had a nurse, intensifying a political clash when 1519 people have died in Australia with or from the coronavirus so far this year.

Mr Morrison will outline the new measures in a speech to the National Press Club that will also promise $2.2 billion in research funding for local industry while acknowledging the frustration in the community over surging infections, a shortage of test kits and an economic hit to employers.

Victoria spends less money per person running public hospitals than any other state in the country, with fewer beds, fewer staff and longer wait times in emergency departments.

A snapshot by Australia’s productivity watchdog paints a sobering picture of the performance of Victoria’s hospitals, with the state lagging the nation across a range of measures even before the pandemic pushed the health system to the brink. 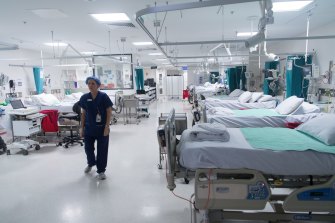 Victoria’s hospital performance standards are under pressure, even more so under the pressure of COVID.Credit:Justin McManus

The Productivity Commission’s annual Report on Government Services shows Victorian public hospitals received the equivalent of $2687 per person in recurrent funding in 2019-20, compared with a national average of $2971 per person.

More on the findings here.

The presumed Liberal candidate in Tony Abbott’s former seat of Warringah has pulled out of the preselection process amid turmoil in the party’s NSW branch over its failure to lock in contenders ahead of the federal election. 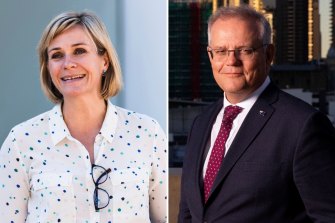 It was not immediately clear why Ms Buncle withdrew her nomination and she did not respond to inquiries on Monday night. However, party sources suggested she was unhappy about the failure to expedite the preselection process and therefore give her time in the field to be competitive against independent MP Zali Steggall, who holds the seat on a 7.2 per cent margin.

It comes as the state executive rejected a motion that would have used special powers to endorse sitting MPs and protect three Morrison government members – Immigration Minister Alex Hawke, Environment Minister Sussan Ley and North Sydney MP Trent Zimmerman – who are under threat from preselection challenges.

Good morning and thanks for reading our live coverage.

I’m Broede Carmody and I’ll bring you some of the day’s biggest stories as they unfold.