We have made our live coverage of the coronavirus pandemic free for all readers. Please consider supporting our journalism with a subscription.

Youngest prioritised in NSW’s staggered return to school next term

Students in kindergarten to year two as well as year 11 will be the first to return to school in term four as part of a staged reopening once NSW’s vaccination rates hit 70 per cent.

The second stage of the staggered return in October, which was confirmed by multiple sources who are not authorised to speak to the media, is also likely to involve year 6 ahead of their transition to high school. 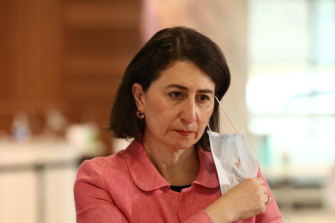 Health and education officials will meet on Tuesday to discuss the strategy, which is expected to go to crisis cabinet on Wednesday, when plans for easing some restrictions, probably to involve hairdressers, are also decided.

A fourfold rise in mystery COVID-19 cases in the past week and hundreds of infected children are dimming any prospect of Victorian restrictions being eased on schedule early next month as Premier Daniel Andrews rules out a NSW-style plan to vaccinate the state’s way out of lockdown.

In the past seven days, almost 70 Victorians have been infected without knowing how they picked up the virus, up from 17 the previous week. Some of these cases were linked after further investigation, but epidemiologists believe the quantity of cases not immediately able to be connected is a sign of an uncontrolled outbreak.

An Andrews government source, speaking anonymously so as to make predictions, said it was highly probable the lockdown would extend beyond September 2 because the number of mystery cases and cases not in isolation were both rising.

The director of the Doherty Institute, whose modelling underlies the national plan to reopen Australia, says reopening with large numbers of daily COVID-19 cases will still be safe once the country reaches its target of 70 to 80 per cent of the adult population vaccinated.

After days of debate between state premiers, Prime Minister Scott Morrison and epidemiologists over the suitability of those targets given the size of the Delta outbreak in NSW, Professor Sharon Lewin confirmed the number of cases did not materially alter the Institute’s modelling on which the plan was based. 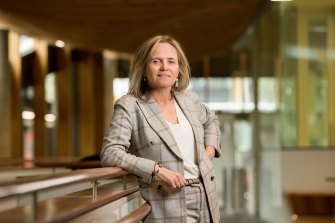 “The really big important issue about moving from phase A to phase B is that we’re moving out of an environment of zero-COVID,” she told the ABC TV’s The Drum on Monday evening.

“Zero-COVID is no longer the goal once you have 70 to 80 per cent of people vaccinated. Whether you start at 30 cases or 800 cases you can still open up safely.”

Read more about the modelling, and subsequent debate, here.