‘It is not for me to take pot shots at Phil Lowe’: Chalmers

Earlier, we told you that the first independent review into the Reserve Bank in four decades is focusing on Philip Lowe’s decisions before and during the coronavirus pandemic. 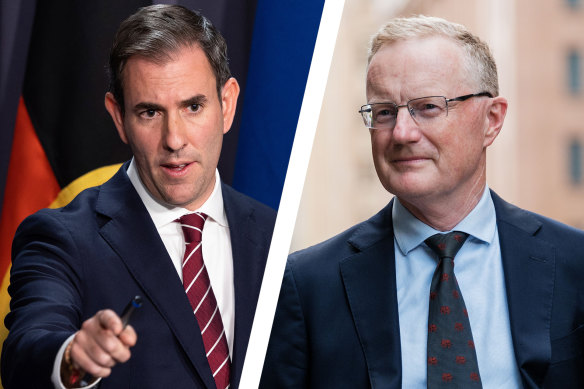 I think he has given his account on what happened over that period. In his words, the economy got back on track earlier than he thought that it would. And he has, I think, answered that pretty honestly and openly in the last few months … as he has attracted some of this criticism for his language in the past.

For me, as the country’s treasurer, it is not for me to take pot shots at Phil Lowe. My interest is to get the right institutional settings. People will rightly ask the governor questions about the recent decisions and recent language. My job is to get the system right and also to focus on the things that the government can have an influence on.

So in my case, in the budget and at the jobs and skills summit last week, it was all about dealing with the constraints in our economy which are pushing up inflation – whether it is labour and skills shortages, a lack of training, whether it is issues in energy – all of these other key investments that we want to make in the budget are about lifting the speed limit on the economy without adding to the inflationary pressures.

That is my job. I take responsibility for that. The governor can explain the decisions that the board makes.

New assistance for families in the federal budget to deal with cost-of-living pressures is off the table after Treasurer Jim Chalmers warned more spending could force the Reserve Bank to lift interest rates even more aggressively.

As new data showed consumer spending powering the economy through the three months to June despite high inflation and two increases in official interest rates, Chalmers said the October budget must balance the calls for more handouts to taxpayers with rising inflation. 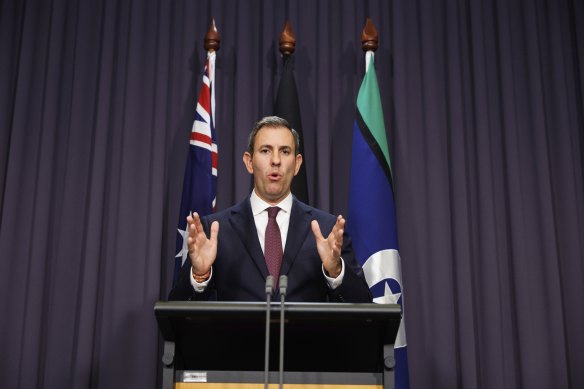 The Reserve Bank this week lifted interest rates for a fifth month. The cash rate is now at 2.35 per cent, after being at 0.1 per cent in April. Markets believe it could nudge 4 per cent by the middle of next year if inflation pressures fail to abate.

Chalmers – who has already rejected calls to bring forward the government’s $5 billion childcare overhaul or extend the $3 billion, 22.1 cents a litre fuel excise cut beyond September – said the government would deliver its election promises in areas such as cheaper medicines, fee-free TAFE positions and reduced taxes on electric vehicles.

New measures on top of those, he cautioned, would cause problems for the Reserve Bank.

The first independent review of the Reserve Bank in four decades is already focusing on governor Philip Lowe, his executives and the institution’s board amid criticism of the bank’s handling of interest rate policies before and during the coronavirus pandemic.

The Sydney Morning Herald and The Age can reveal the review has already started talking to interest rate experts, economists and policymakers with concerns openly raised about the make-up of the board and its overall governance, according to sources privy to the details of the discussions. 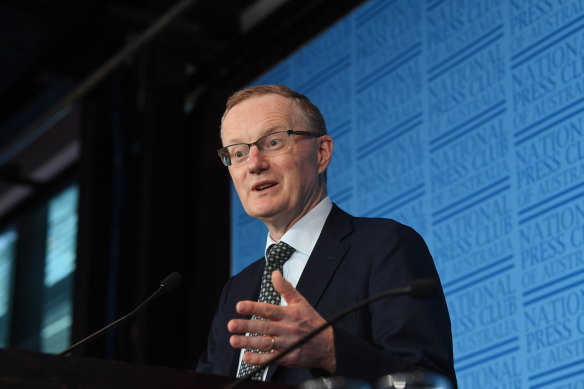 RBA governor Philip Lowe’s seven-year term is due to end next September.Credit:Peter Braig

The review follows a series of articles by this masthead about the RBA’s performance ahead of the COVID-19 pandemic. Academic research has suggested up to 270,000 people spent time out of work ahead of the pandemic because the RBA held interest rates too high.

More on this issue here.

In case you missed it, East Timorese President Jose Ramos-Horta has defended China’s role as a growing strategic and economic power in the Asia-Pacific, arguing it has “hardly ever” invaded other countries and is unlikely to do so in the future.

In a forthright appearance at the National Press Club, Ramos-Horta also said he would not be lectured by western environmentalists opposed to the development of a giant gas field in the waters off East Timor. 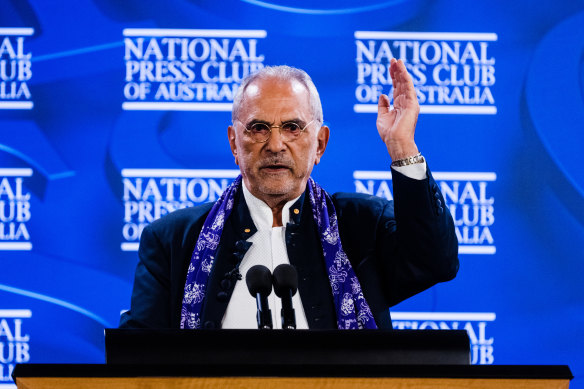 He added Australia could not credibly tell other countries to shun Chinese investment given it leased the Port of Darwin to the Chinese-owned Landbridge Group in 2015.

This morning’s key headlines at a glance

It’s Thursday, September 8. I’m Broede Carmody and I’ll be anchoring our live coverage for the first half of the day.

Coronavirus is ‘taking us out’ warns Oprah

BBC Weather: ARCTIC breeze to sweep in across Europe this week as thunderstorms STRIKE