Former Labor leader Bill Shorten has thrown his support behind mandatory COVID-19 vaccines for all federal MPs, declaring “true leadership requires doing yourself what you ask others to do”.

He is the most senior MP from any of the major parties to back mandatory vaccination for federal MPs after Victorian Premier Daniel Andrews announced more than 1 million workers in the state – including MPs, judges, faith leaders and personal trainers – had to get at least one jab in the next two weeks or be banned from their workplace. 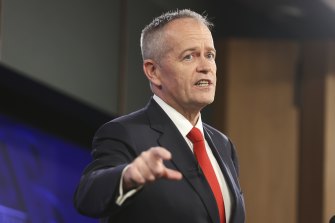 Labor’s NDIS spokesman Bill Shorten is the most senior MP from any of the major parties to back mandatory vaccination for federal MPs.Credit:Alex Ellinghausen

NSW has also introduced mandatory vaccination for workers in schools, aged care and healthcare, but the Victorian move goes much further.

Mr Shorten said if politicians were mandating vaccines for other people working in other sectors, “I don’t see how we [MPs] can be separate”.

“How do we ask nurses, disability carers, aged care workers to do this but not ourselves? We come into contact with people every day,” he said.

The federal government has indicated strong support for all eligible Australians to be vaccinated for COVID-19 but has, to date, shied away from broadly mandating vaccines – though it did back state moves to make vaccines mandatory for aged care workers, based on health advice.

Read more on this story here.

Tennis chiefs resisted a looming vaccine mandate for the Australian Open, fearing it could deter vaccine-hesitant champion Novak Djokovic in his pursuit of a record-breaking 21st grand slam title.

The Andrews government’s sweeping vaccine requirement for authorised workers will not affect international cricket and tennis players, but The Age and the Herald confirmed it is probable a separate vaccine mandate will be required for tennis stars to play in Melbourne this summer. 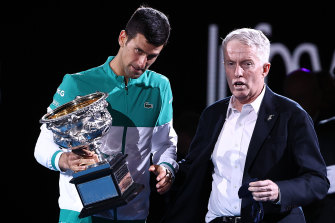 The government’s move came after Tennis Australia boss Craig Tiley spent months raising concerns about a mandate because of its potential to turn away of a group of top players who resist vaccination.

Mr Tiley has since become resigned to it and is cooperating with the government, according to four government and sports sources speaking anonymously to detail confidential negotiations.

Numerous top-line tennis stars, including world No.1 and nine-time Australian Open champion Djokovic – who would in Melbourne have another attempt to win a record 21st major title – have expressed doubts about COVID-19 vaccines. Tennis tournaments across the globe are yet to mandate vaccination for players.

More on this story here.

Today’s headlines at a glance

Welcome to today’s national news live blog for Sunday, October 3. Here’s what you need to know first up this morning.

Major hunt for missing schoolboy, 8, who vanished from Aldi supermarket