Hassan Khalif Shire Ali, 30, had his passport cancelled in 2015 after he planned to travel to Syria, police say. 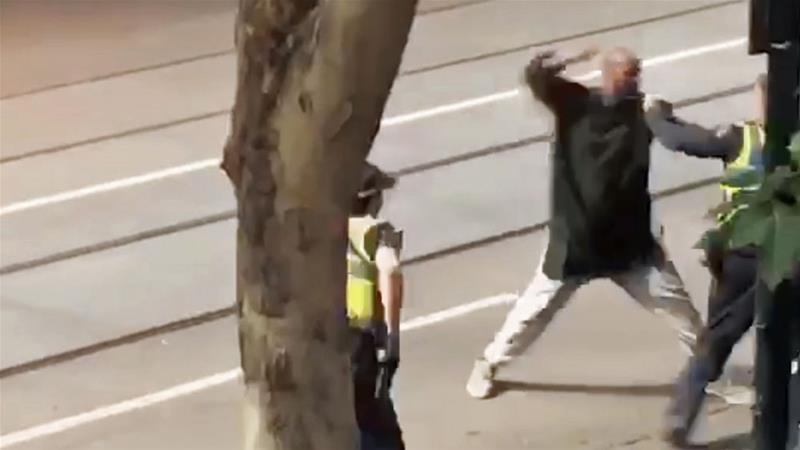 Australian police said on Saturday a man who fatally stabbed a person and injured two others in central Melbourne “held radicalised views” that prompted him to carry out the attack.

The perpetrator, Hassan Khalif Shire Ali, 30, had his passport cancelled in 2015 after it was learned that he planned to travel to Syria, police said.

The attack occurred on Friday when Shire Ali got out of a pickup vehicle, which he then set on fire, and stabbed three men, one of whom died at the scene.

The attack on Bourke Street horrified hundreds of onlookers during the afternoon rush hour in Australia’s second-biggest city.

Victoria state Police Commissioner Graham Ashton said Shire Ali, who was shot by police and died in a hospital, was known to police and the federal intelligence authority ASIO.

Shire Ali, who moved to Australia with his family from Somalia in the 1990s had a criminal history for cannabis use, theft and driving offences, Ashton said.

Australian Federal Police Assistant Commissioner Ian McCartney told a media briefing on Saturday it was believed the attack was inspired by the Islamic State of Iraq and the Levant (ISIL, also known as ISIS) group, though it was thought Shire Ali had no direct links to the organisation.

McCartney said the incident was a “reality check” for security agencies that “even with the fall of the caliphate (ISIL) … the threat continues to be real”.

Shire Ali had family and associates who were also known to police. His brother Ali Khalif Shire Ali is currently on remand awaiting trial next year for allegedly planning an attack, Ashton said.

ISIL claimed responsibility for Friday’s attack but provided no evidence.

Bourke Street reopened on Saturday morning, and a Reuters reporter said there was an increased police presence in the area.

Australia has been on alert for such violence after a Sydney cafe siege in 2014, and its intelligence agencies have stepped up scrutiny, though police said there was no warning of the latest attack.

Authorities say Australia’s vigilance has helped foil at least a dozen plots, including a plan to attack Melbourne at Christmas in 2016, and a plan to blow up a flight from Sydney using a bomb disguised as a mincer.

In December 2014, two hostages were killed during a 17-hour siege by a “lone wolf” gunman, inspired by ISIL, in a cafe in Sydney.