Home » World News » Back from the wilderness, Merz leads race to succeed Merkel

BERLIN (Reuters) – Businessman Friedrich Merz, back from the political wilderness, is taking an early lead in the race to succeed Angela Merkel as leader of Germany’s Christian Democrats (CDU) and secure the chance of running for chancellor – possibly even next year. 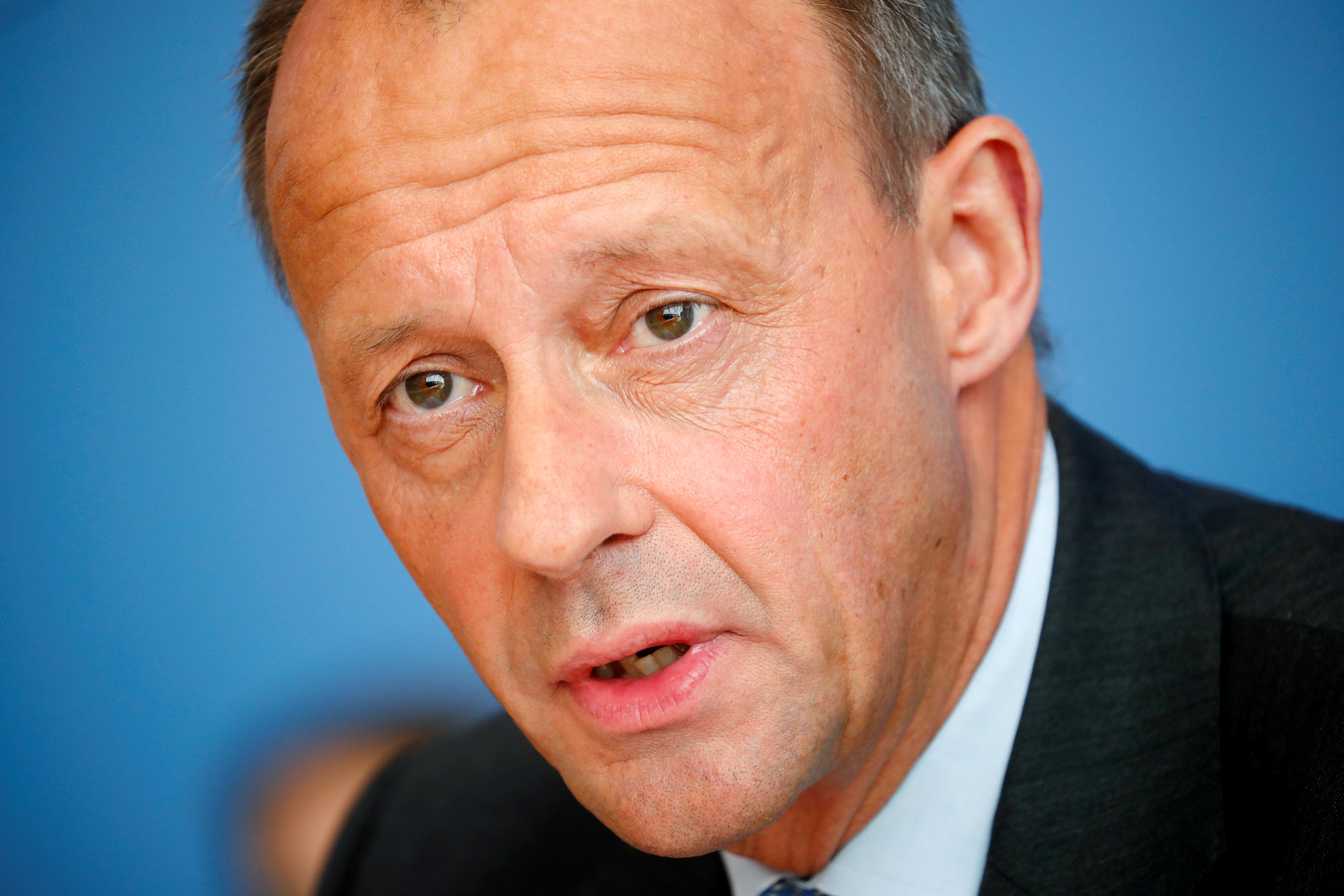 Merz was pushed out of his role as CDU parliamentary leader by Merkel in 2002 – a move that cemented her grip on the party on her way to becoming chancellor in 2005. Now, his bid for power – if successful – could precipitate her demise.

Merz has been out of the Bundestag since 2009, but retained a close and influential network of CDU contacts while pursuing a successful business career. The run-up to his jump back into frontline politics was long, well-timed and well-supported.

Aged 62, he is less than two years younger than Merkel but presents himself as the candidate of the future, drawing on the best of the past. He is widely known for a proposal to simplify the annual tax return so that it could be written on a beer mat.

“We need a re-awakening and renewal,” Merz told reporters in Berlin last Wednesday when setting out his stall.

“I am a convinced economic liberal, a social conservative and a socially engaged person,” he said, hitting the buttons that fire up CDU members, many of whom have become uneasy with Merkel’s centrist approach during her 13 years as chancellor.

One CDU lawmaker, yet to be convinced of Merz, described his pitch as “back to the roots” – a socially conservative, pro-business appeal to the party’s core of western, Catholic men who see Merkel – a Protestant woman from the east – as an anomaly.

So far, the right-wing pitch is working.

Merz, who was the first to throw his hat into the ring last Monday after news leaked that Merkel would not run again as CDU leader in December, had help from within the party.

Wolfgang Schaeuble, president of parliament and one of the most CDU senior politicians, backed Merz’s bid for the party chair and helped open doors for him, weekly magazine Der Spiegel reported.

Merz is close to Armin Laschet, CDU leader in North Rhine-Westphalia (NRW). With NRW contributing almost a third of the 1,001 delegates who will vote on the CDU leadership at a party congress in early December, Laschet’s support could prove crucial.

In business too, Merz has a strong network. A trained lawyer, he holds numerous non-executive company board positions, including chairman of the German arm of the U.S. hedge fund BlackRock, for whom he has helped open doors.

“He was very good at initiating talks with potential customers,” said an industry source who knows Merz personally.

Another person who knows Merz said he was quick on the uptake, unpretentious and engaging with both executives and workers lower down the corporate hierarchy.

With that common touch, Merz began building momentum for his comeback a year ago, when media reported he told CDU members in Duesseldorf: “The strategy of putting all voters across the aisle into a coma should have come to an end.”

That was a dig at Merkel, who is renowned for a strategy of “asymmetric demobilization” – or persuading opposition voters to stay at home while rallying her own supporters.

Merz wants to win support with more of a vision, including a more detailed response to French President Emmanuel Macron’s proposals for deepening European integration.

Late last month, before announcing his run for the CDU leadership, Merz co-wrote an article calling for Germany to take “bold steps … to make the economic and monetary union stronger”.

Kramp-Karrenbauer poses the biggest hurdle to Merz securing the CDU leadership. A Merkel protege, she has the advantage of having won an election – albeit in the small western state of Saarland – and served successfully as state premier there.

“She has an ability to bring the different wings and interests of the CDU together,” said one senior CDU official, speaking on condition of anonymity.

As heir to Merkel’s centrist cause, she could probably cohabit as party leader with Merkel as chancellor, which she wants to keep until the end of the parliamentary term in 2021.

Such an arrangement would prove difficult with Merz as party leader, given his past rivalry with Merkel. The upshot could be early elections in 2019, especially as the Social Democrats are unsure they want to remain in Merkel’s ruling coalition.

In an election, Merz’s right-wing pitch could draw back some CDU voters from the anti-immigration Alternative for Germany (AfD), though shifting to the right has not worked for the Bavarian CSU or France’s conservatives.

Kramp-Karrenbauer is more likely to be able to form a coalition with the rising force in German politics – the Greens, now the second-strongest party.

“He is highly respected,” the first CDU politician said of Merz. “But it is respect grounded in the past … The art now is being ready to work with others.”