Singapore/Jakarta: Indonesia has moved to avoid a costly blowback from new laws criminalising sex outside marriage, insisting that visitors need not be concerned while urging other governments to refrain from “megaphone diplomacy”.

Authorities in Jakarta and in Bali have been taken aback by the international reaction to the morality-based provisions, which feature in an updated, highly controversial criminal code passed by parliament last week. 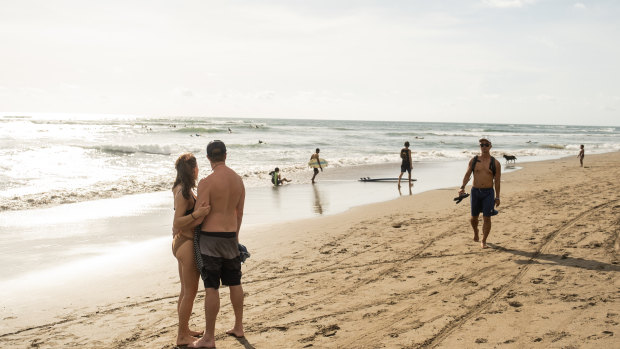 Indonesian authorities maintain tourists will not be impacted by the new laws.Credit:Getty

The United Nations joined civil society and rights groups in expressing concern about people’s private lives being exposed to legal scrutiny and about threats to freedom of expression, which they argued would result from a range of other new articles including one penalising insults against the president.

Amid disquiet about how Indonesians, in particular those in the LGBTQI+ community, could be affected by the laws banning sex outside marriage, tourism organisations are worried they will turn off holidaymakers. The United States warned they may impact foreign investment.

The central government and leaders in Bali, however, insist there is nothing to fear.

Bali Governor Wayan Koster said tourists would not face checks of their marital status at hotels or other accommodation when the new penal code came into force in three years and the provincial government could “guarantee the confidentiality of visitors’ personal data during their stay”.

He said foreigners should not hesitate to fly to the island “because Bali is Bali as usual, which is comfortable and safe to be visited”. 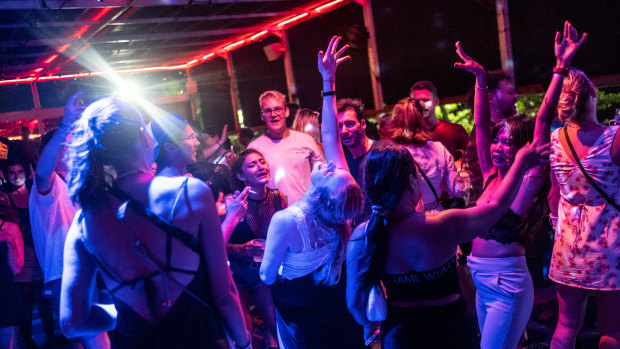 Holidaymakers take to the dance floor at a bar in Bali’s Canggu district last week.Credit:Getty

Under the revised criminal code, which replaces the colonial-era Dutch version enacted in 1918, pre-marital sex can be punished with as much as a year in jail and cohabitation by an unmarried couple can result in six months’ imprisonment. Adultery also remains a crime that carries a potential 12-month prison sentence.

Officials have stressed these are offences that can only be reported to police by the husband or wife of a married party, or the parents and children of someone who is unmarried, limiting the scope of the laws.

That still leaves open the possibility of an expatriate or tourist being reported for a relationship with a local if a close relative went to police.

In such an instance, however, they would also be subjecting their own family member to prosecution, Deputy Minister of Law and Human Rights Edward Omar Sharif Hiariej told a press conference on Monday.

“This is an absolute complaint offence, meaning the complaint cannot be filed separately,” he said.

“If the parents [of the local partner] file their child’s [conduct] to the police it means that parents know that their child is subject to the article, meaning the child goes to prison.”

Hiariej said there had been one provincial government that had wanted the ban on unmarried cohabitation removed from the new code but leaders in Islamic-leaning West Sumatra province saw it as too weak and believed anyone should be able to report people to police.

“The new criminal code will be forced into effect in the next three years,” he said. “It should not interfere in [the] public’s life [or for] tourists, business and foreign investment as long as the implementation goes in line with reform of the new criminal law.”

On Monday, Indonesia’s Foreign Ministry also called on governments not to publicly question the contents of the new code.

“We hope country representatives will not be in a hurry to state their opinions. They can use diplomatic channels to get information,” said spokesman Teuku Faizasyah.

“We will not use megaphone diplomacy in such an issue because it is diplomatic ethics. Our representatives in other countries never meddle in the legal regulations in one country’s national legal system, although controversies emerged among their people.”

The Bali tourism sector, which is central to the industry in Indonesia, is just getting back on its feet after being devastated by the pandemic.

Tourism Minister Sandiaga Uno said last week Bali was on track to reach 5 million foreign visitors for the year, having recorded 3.92 million to the end of October.

Malaysia had taken over from Australia in providing the most international arrivals to the island this year, he said.

There were 6.3 million overseas visitors to Bali in the last full year before the pandemic in 2019.