A radical cleric linked to the Bali bombings has been released from an Indonesian prison.

Abu Bakar Bashir, 82, is the former head of Jemaah Islamiyah – an al Qaeda-linked group responsible for the 2002 attack on the popular holiday island.

Two bomb blasts killed 202 people – many of them foreign tourists – with 28 Britons and 88 Australians among the dead. 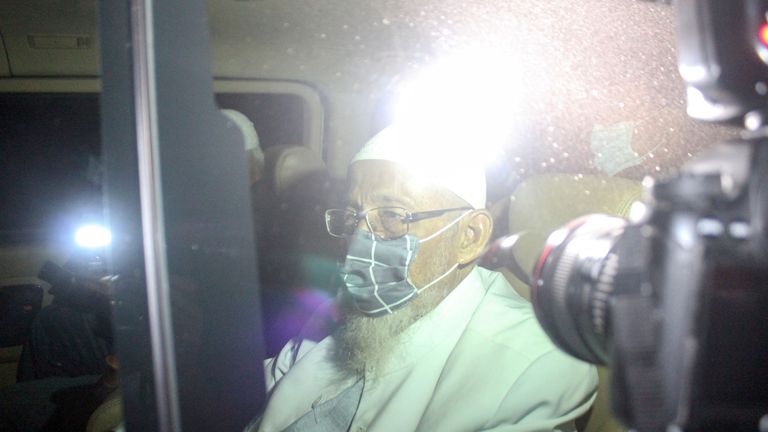 Bashir denied all links to the incident, and Indonesian authorities struggled to prove his involvement.

Instead, he was imprisoned in 2011 for funding a training camp for Islamic militants in the religiously conservative Aceh province and sentenced to 15 years in jail.

After receiving periodic reductions in his jail term, Indonesia’s law and human rights ministry said he has now completed his sentence.

On Friday, he was released into the care of his family who live in central Java.

“I just want to avoid my father from crowds during the coronavirus pandemic,” Bashir’s son, Abdul Rohim, said.

“He would only rest and gather with his family until the outbreak ends, there will be no other activities of him for sure.” 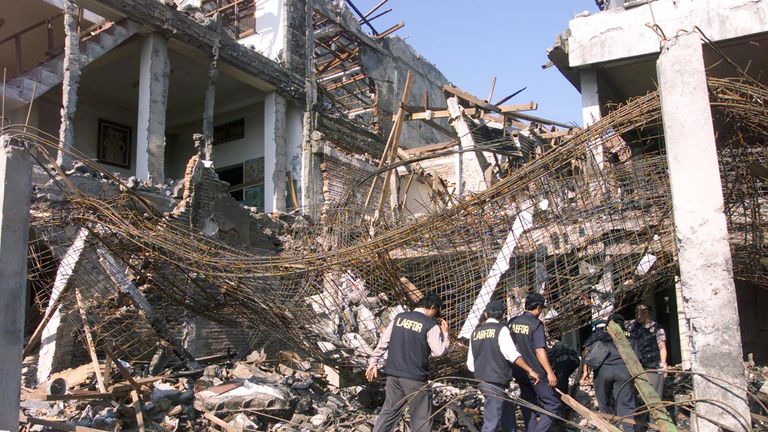 Police said they would continue to monitor Bashir’s activities but some still have concerns over his enduring influence on extremists.

Thiolina Marpaung, an Indonesian wounded in the 2002 attacks, said: “We don’t know what he was doing in prison.

“The government has to still assert control over terrorism actors in Indonesia who have been out of jail.”

In the wake of the Bali attack, and with backing from Australia and the US, Indonesia set up an elite anti-terrorist unit that weakened Jemaah Islamiyah and resulted in scores of suspected militants being arrested or killed.

But other extremist groups have since formed and conducted attacks.

Bashir was transferred from isolation on a maximum security prison island off the coast of Java, to Gunung Sindur prison in 2016 for age and health reasons, and has been in the hospital several times due to his deteriorating health.

President Joko Widodo almost granted a request for early release in 2019 on humanitarian grounds but reversed himself after protests from the Australian government as well as from relatives of the Bali bombings victims.

Boris Johnson 'has confirmed plan to sell off Channel 4'