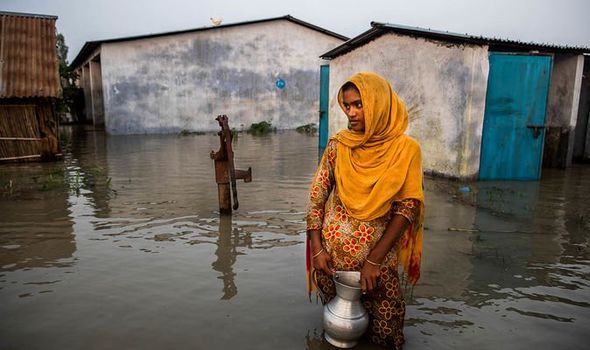 Jamuna river is one of the three main rivers in Bangladesh, originating in Tibet and flowing all the way into India and southwest Bangladesh. On Wednesday, the river breached an embankment, flooding a northern district and sending thousands to makeshift camps. This is the latest in a devastating monsoon season for the region.

In India, several million people are living in makeshift camps and settlements.

The eastern state of Bihar and northeastern Assam have been the worst hit, officials said.

The death toll in India has climbed to 97 in the past week, and there are fears this number may grow.

In Bangladesh, the Jamuna river broke through an embankment on Wednesday night, inundating at least 40 villages and displacing more than 200,000 people. 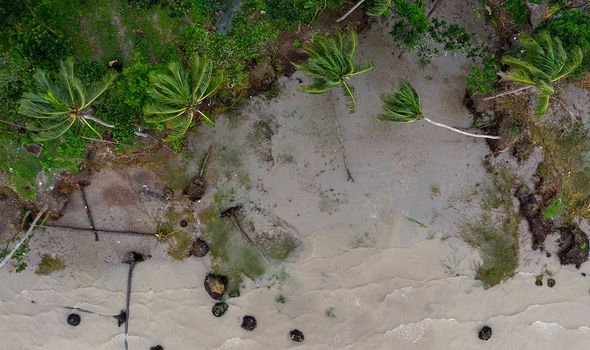 The flooding across the region has become so severe, even wild animals such as rhinos and tigers are seeking refuge in people’s homes.

There are growing concerns for villages in remote areas which have become cut off.

An official in the district of Gaibandha said: “We have enough supply of dry food and drinking water but we cannot reach many areas due to high water levels.”

Inadequate supplies are also a concern in the Indian state of Assam, where more than 5.8 million people have been forced out of their homes. 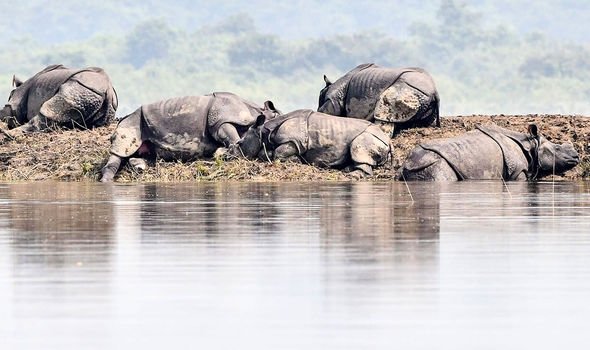 However, the floodwater does seem to be receding in some parts.

Assam has also seen the extraordinary behaviour of wild animals straying into villages as they seek refuge.

On Thursday, an adult tiger was found sleeping on a bed in a house on the edge of the Kaziranga National Park, home to endangered one-horned rhinos and tigers. 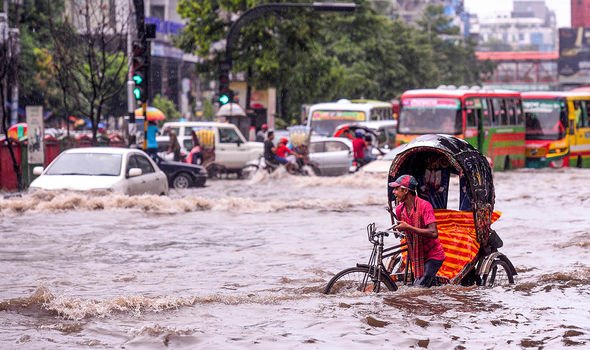 “We are preparing to tranquilise the tiger.”

At least 43 animals have been killed from the floods, but authorities are more concerned about opportunistic poachers taking advantage of the deluge to target animals.

Assam Forest Minister Parimal Suklabaidya said: “The biggest worry during the floods is from poachers who might take advantage of the rhinos moving to the hills and kill the animals for their horn.”

Graduate, 22, woke from coma to find NHS staff had delivered her baby