BANKSY yesterday lost a battle with a small greetings card firm to keep his trademark for his famous Flower Thrower work.

The anonymous street artist – whose work sells for millions – became entangled in a dispute with Full Colour Black over its use of the piece on a £2.99 card. 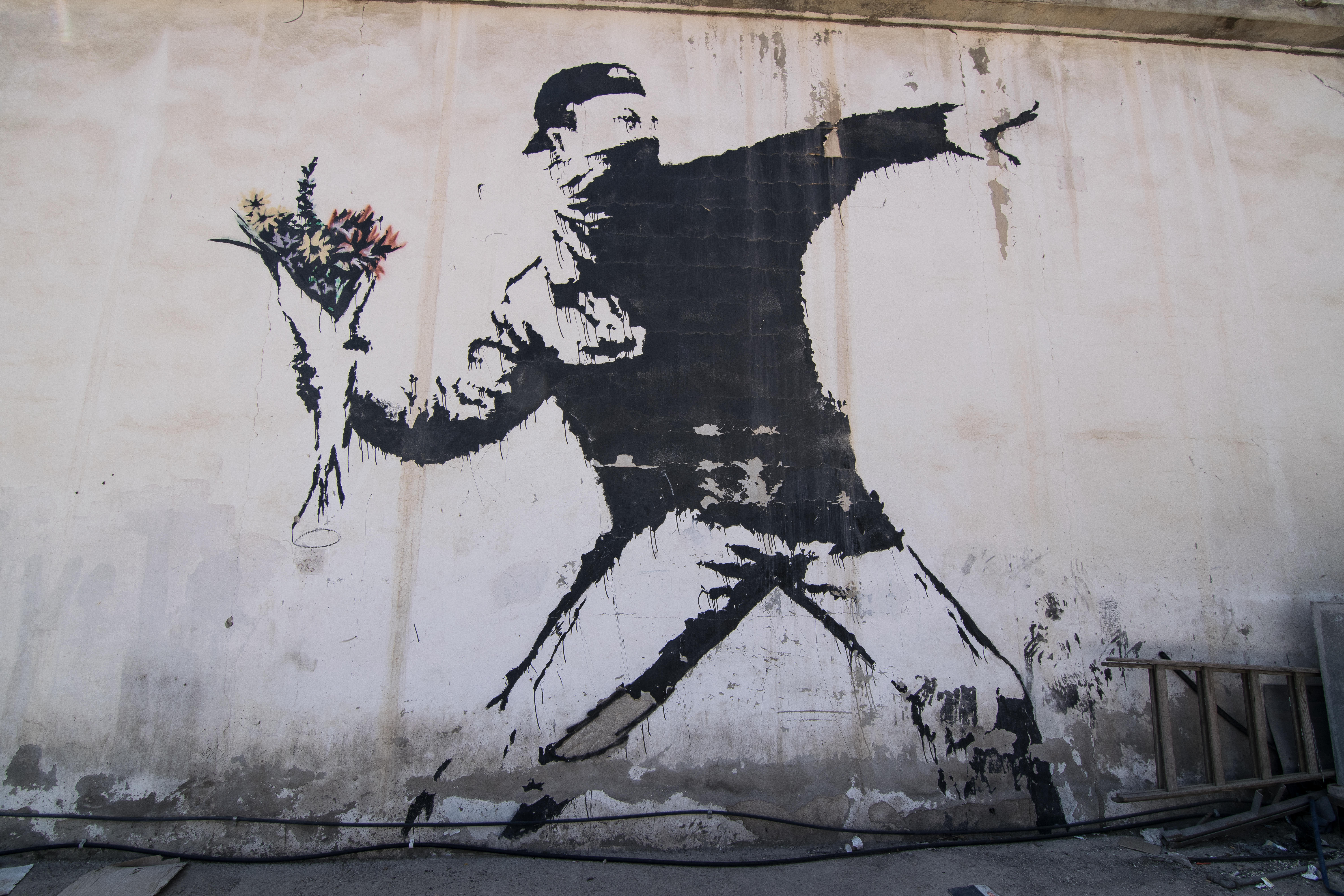 Banksy last year accused the North Yorkshire-based company, which has just three employees, of trying to “take custody” of his name to sell “fake merchandise” of his work.

He said it sparked him into opening his own store in Croydon, South London, and he trademarked the work.

But in a ruling yesterday, the European Union Intellectual Property Office sided with lawyers acting for Full Colour Black who asked for the trademark to be cancelled.

They successfully argued that Banksy – who once said “copyright is for losers” – had acted in “bad faith”, abusing the law by taking out the trademark.

Lawyers also said anyone could simply have photographed the image and used it because it was graffiti in a public place.

It first appeared on a car dealership building in Jerusalem, Israel, in 2005 and has been “reproduced by a large number of third parties as decoration for items of merchandise”.

Bristol-born Banksy’s case was argued by Pest Control, a firm which acts on his behalf.

It said there is “no evidence that Banksy allowed even non-commercial use of the work”.

The ruling read: “The Cancellation Division concludes that the application is totally successful and the European Union trade mark should be declared invalid for all the contested goods and services.”

Aaron Wood, from Blaser Mills Law, who won the case, said Banksy did not sue for copyright infringement “as he would have needed to come out of the shadows” and would have lost his anonymity.

He added: “The decision is a significant one for the art industry, and particularly for Banksy.

“A trademark in the name of his company meant he could potentially sue despite making it clear in the past that he had disdain for intellectual property.

“It is a big blow to Banksy, who has been trying to get trade marks around the world for his artworks.

“Our client is ecstatic with the win – it has been a long time coming. Unlike Banksy’s work, this masterpiece didn’t just arrive overnight.”