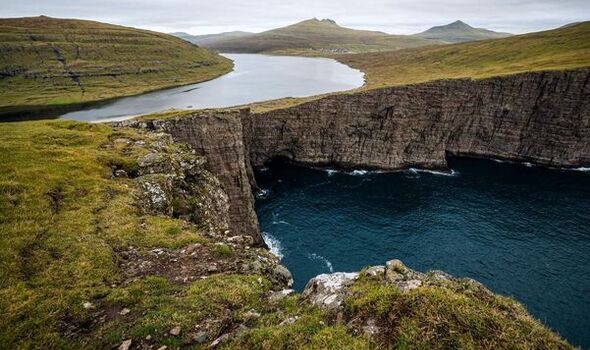 The issue arises from a shared area agreement signed in 1999 between the Faroe Islands – 200 miles north of Scotland – and the UK.

The Faroe Islands government last month banned Russian vessels from entering its ports. But the ruling does not apply to fishing boats.

Barrie Deas, chief executive of The National Federation of Fishermen’s Organisations, said: “It’s very regrettable that the Faroese have permitted Russian vessels to fish in that area against the background of Ukraine.

“We would support what our Government has said, and others in the industry, that this is something that should be curbed.”

Mr Deas believes the war in Ukraine has put a spotlight on food security and Britain’s dependence on foreign catches.

He added: “We’ve been talking to the Government about food security and the need to ensure that we’re not dependent on Russia, in either energy or food security terms.”

Melissa Moore, head of UK policy at ocean conservation organisation Oceana said the UK should not be importing cod from Russia, or promoting eating it from UK waters as most of our stocks are overfished and need to be recovered.

She said: “Our analysis of satellite tracking in UK waters found 14 Russian flagged vessels fishing in UK Marine Protected Areas in 2021, and we doubt that has changed this year.”

“All industrial fishing vessels, whatever their flag, need to be banned from fishing in UK Marine Protected

Areas, and Russian vessels need to be banned from all UK waters.”

Ms Moore also said that fish and chip shops need to get more creative in selling alternatives to cod.

The UK Government is expected to announce a 35 perent tariff on Russian whitefish imports this month. But up to 40 percent of fillets used in fish and chip shops are of Russian origin and Britain’s sanctions on Russian white fish will make supplies scarcer and pricier.

In 2020, UK imports of Russian whitefish were estimated to be worth £200million to the country.

Aoife Martin, director of operations at the Seafish public body, said: “We expect that the additional tariffs will be implemented in June and that they will apply to Russian origin fish.”

Andrew Crook, president of the National Federation of Fish Friers, said the nation’s appetite for cod and haddock is a barrier to switching to other fish.

He said: “People want cod or haddock, it is what people are used to. We’ve tried converting to different fish over the years. Even with a lot of campaigning, I think people would still want cod and haddock.”

Fish and chip shops across Britain are at risk of closure due to rising costs for energy, and ingredients such as sunflower oil, wheat and peas.

Mr Crook said: “I think shops are already worrying because we’re having to charge more than ever.”

The Faroe Islands government and the Department for Environment, Food and Rural Affairs have been contacted for comment.