The BBC Weather meteorologist said conditions will be settled at times, with large areas of the country remaining dry while others experience scattered showers with thunder and hail. Carol Kirkwood said the weather will remain “topsy-turvy” through the week, with periods of heavy rainfall and strong winds battering the UK. Ms Kirkwood said: “There are showers in the forecast. Some of us already have them and will continue through the morning, especially in the North and the West and the Channel coastline as well.

“Some of them will be heavy, potentially with some thunder and hail and through the day, where we started dry, we’ll see some of those showers move over towards the east.

“Wind will be a feature, especially with exposure, temperatures ranging from about 10C to 14C.”

She continued: “As we head through the evening and overnight, a little ridge of high pressure builds across us so that will kill off many of the showers. There’ll be some patchy mist and fog, especially in northern areas.

“But by the end of the night, our next weather system is coming in from the West bringing rain and strengthening winds in across Northern Ireland, Wales and also southwest England. 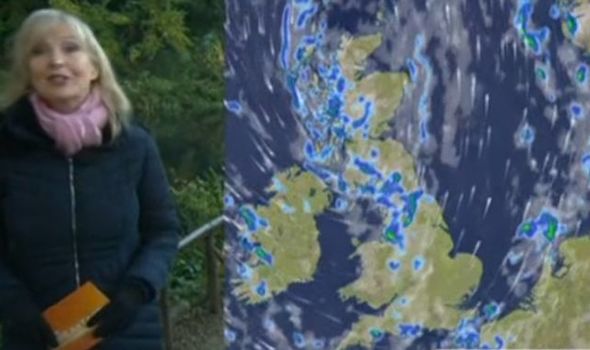 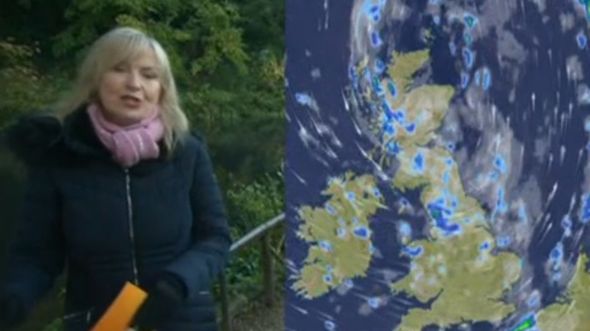 “Now, it’s going to be a chilly night, particularly so in rural areas. So chilly and a dry start of the day across some central and eastern parts but it won’t be long before the rain already in the west migrates towards the northeast.”

Ms Kirkwood added: “The sunnier skies will be in the northern isles for the longest but behind that rain, brighter skies return but so do some heavy showers.

“Again, with a potential for some thunder and also some hail mixed in there.

“Then, as we head on into Wednesday, once again it’s a day of showers – some of them merging – especially in the West along Channel coastlines where it’s also going to be windy. 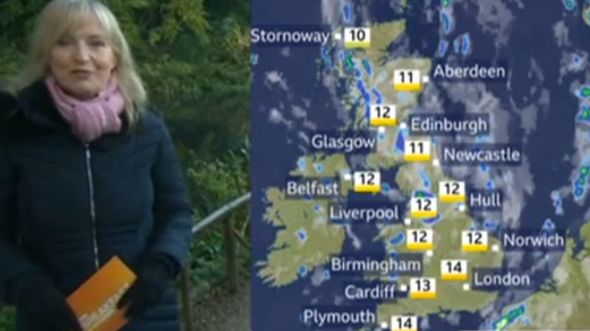 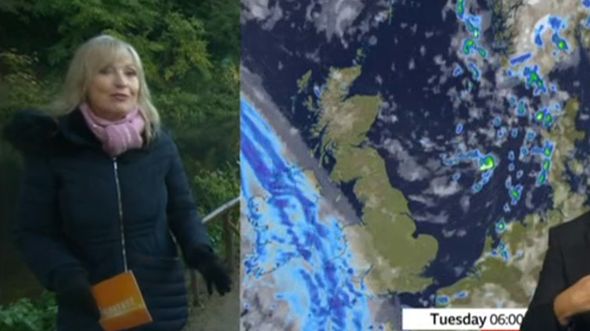 “Gusty winds, 40mph plus but for the rest of the UK, there will be some showers but, equally, there’ll be a lot of dry weather as well and even some sunshine.”

The BBC Weather forecaster however warned the calm conditions will not be lasting long, as rain is then expected to resume on Thursday.

She said: “On Thursday, we’re back to square one, when more rain comes in from the West and pushes northeastward.” 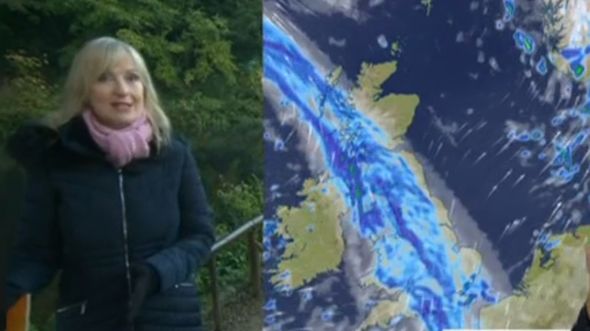 And the BBC has also warned conditions could turn plain wintry as October turns into Novembers, with forecasters suggesting the rain could soon turn into snow.

They said: “Wet and windy for a while longer. Drier mid-month.

“The weather is looking unsettled into early November, particularly across the northern half of the UK.

“Low-pressure areas will be driven eastwards over the north Atlantic and into the UK, depositing rainfall and ushering in blustery winds once again.

“Some of the showers over high ground in the north and west will fall as sleet, hail and occasionally snow.”