The committee that administers the restaurant prizes says leaders compromised the process by proposing a revote, after its winners included no Black people. 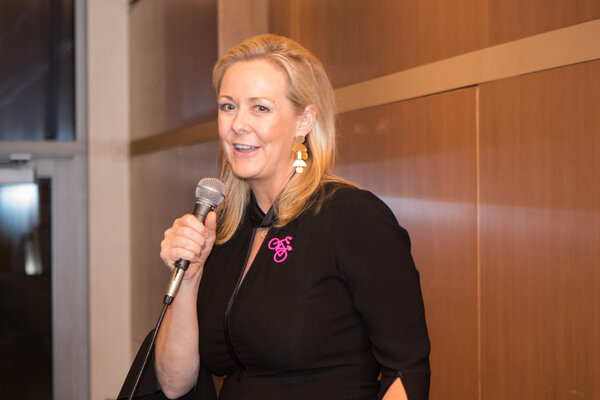 The volunteer committee that oversees the James Beard Foundation awards for restaurants and chefs has criticized the organization for its handling of this year’s awards, saying that its “faith in the Foundation has been shaken.”

In a statement sent Wednesday to the foundation’s chairman, Frederic M. Seegal, the committee charged that employees of the organization had “compromised the integrity” of the awards by trying to alter the established voting process this summer, after the voting had already taken place. The foundation suggested changing the procedure after a staff member expressed a concern that no Black people had won in any of the 23 categories.

The statement, obtained by The New York Times, added that the foundation’s “subsequent lack of transparency undermines our confidence” in a coming review of systemic bias in the awards process.

The committee, which is made up of journalists, editors and other prominent figures in the food media, also accused the foundation of acting in ways that “negatively reflect on the professional reputations” of the committee members.

The awards, considered the most prestigious and influential in American culinary circles, are presented in a black-tie ceremony in Chicago each May. This spring, as the coronavirus pandemic brought the restaurant business to a near-standstill, the event was postponed until September.

Then, in August, the organization, a nonprofit group, made an unusual decision: It would name no winners for its restaurant and chef awards, beyond a handful that had already been announced, citing the pandemic, among other reasons. Next year, there would be no awards at all. The foundation would use the down time for an audit that would look for ways of making the awards more inclusive of people and groups who had often been left behind by the restaurant industry. The awards are supposed to return in 2022.

Last month, though, several committee members, speaking on the condition of anonymity because of a confidentiality agreement, told The Times that the foundation’s decision had come after several weeks of behind-the-scenes turmoil. After a vote, in May, on a ballot that listed about five nominees in each category, the foundation received accusations against several of the nominees, varying in seriousness and specificity.

On a phone call in July that was arranged to discuss the new allegations, “a Foundation employee revealed that there were not any Black people among this year’s winners,” the statement from the restaurant-awards committee said. “Apparently in response, the Foundation proposed a revote.”

The proposal was to strike nominees who had come under fire, and to send a revised ballot to a much smaller group of voters than before. Ballots would go to the awards committee itself and the 200 or so regional judges they select, but not to the largest bloc, the hundreds of past awardees whose vote is a perk of having won.

The committee “unanimously rejected the attempt to alter established Awards procedure to obtain a different result,” the statement said.

As for the foundation’s disclosure that there were no Black winners, the statement called it “incredibly disappointing.” But learning anything at all about who had won, even in the form of demographic data, was in itself “shocking,” the statement said, given that under the rules of the awards, all results are supposed to be kept confidential.

The foundation’s leaders have given versions of events that seem to be at odds with the one presented by the committee. In August, after The Times reported on the backstage discussions, Clare Reichenbach, the foundation’s chief executive, denied that there was a list of winners to be revealed. “There was no final vote on the winners,” she said.

The committee statement, signed by all 20 members, concludes by asking the foundation to acknowledge that a list of winners for 2020 exists, to confirm that “demographics” played a part in the decision not to release the list, and to explain, in essence, who at the foundation knew what about the winners, and when they knew it. (This reporter served on the restaurant awards committee in 2005 and 2006, and has received six of the foundation’s journalism awards.)

Ms. Reichenbach said in a statement on Wednesday that the withdrawal of several nominees after the voting “compromised the original list of winners and it was our understanding that, therefore, there would be a revote. We thought it best, based on input from committee members and given the dire state of the industry, to change the approach to the Awards this year and next in recognition of these extraordinary times.” She said the review of the way the awards are run would include new procedures “to reallocate votes in the event nominees withdraw.”

Through a publicist for the foundation, Mr. Seegal said that Ms. Reichenbach’s statement reflected his views as well.

Muhyiddin's pick Hajiji Mohd Noor sworn in as Sabah Chief Minister
We and our partners use cookies on this site to improve our service, perform analytics, personalize advertising, measure advertising performance, and remember website preferences.Ok