The current protests are the largest since president Lukashenko took power 1994. So far two protesters have died after a heavy police response to clear demonstrations against the presidential results. Mr Lukashenko has reached out to Russian President Vladimir Putin for help to quell the protests rocking Belarus.

Mr Lukashenko in a televised interview said: “The aggression against Belarus is developing.

“We need to contact Putin, the president of Russia, so that I can talk with him now.

“Because this is already a threat not only to Belarus!”

The President added that Belarus was facing “external interference” and that both Russia and Belarus needed “protection”. 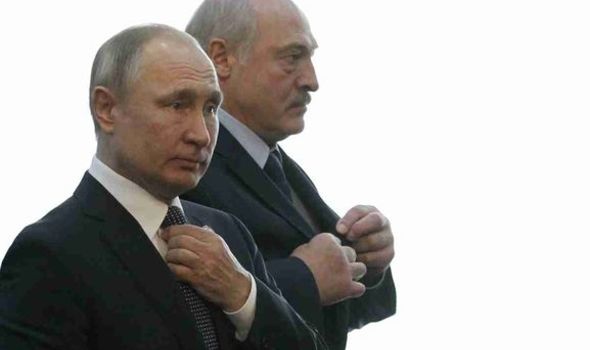 The Kremlin responded by saying the situation would be “resolved soon”.

In a series of reports by Belarussian state Belta, Lukashenko was quoted as saying that Belarusian workers of state plants should be fired if they go on strike.

A statement from Moscow said Putin and Lukashenko both have agreed to work to see a quick resolution to the crisis.

The Kremlin statement said: “These problems should not be exploited by destructive forces seeking to harm the mutually beneficial cooperation between the two countries within the framework of the union state.” 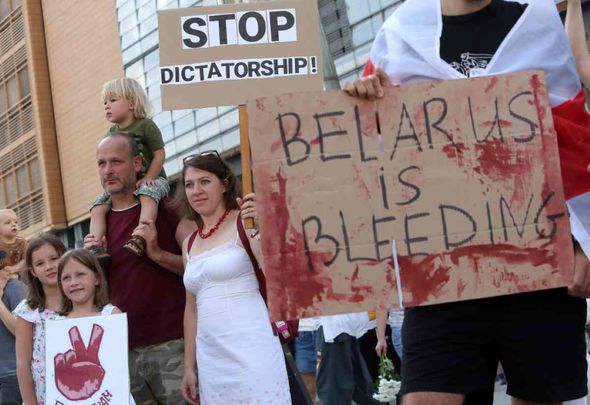 Mr Lukashenko has suggested the unrest may cross over into Russia.

He said: “Defending Belarus today is no less than defending our entire space, the union state, those who roam the streets, most of them do not understand this.”

Surrounding countries such as Estonia, Latvia and Lithuania have called on Belarus to conduct new, “free and fair” elections.

President Lukashenko has voiced a grim warning to Belarusians, telling citizens to stay at home to avoid becoming “cannon fodder”.