WASHINGTON — President Joe Biden on Wednesday announced he would authorize the sale of more oil from the nation’s Strategic Petroleum Reserve as his administration scrambles to rein in high gas prices ahead of the midterm elections.

Speaking at the White House, Biden said the Department of Energy would sell the remaining 15 million barrels of the 180 million barrels authorized for sale in March — a move that the president argued would help drive down the price of gas and give families a bit of “breathing room.”

“I have been doing everything in my power to reduce gas prices since Putin’s invasion of Ukraine caused these prices to spike and rattled international oil markets,” Biden said. 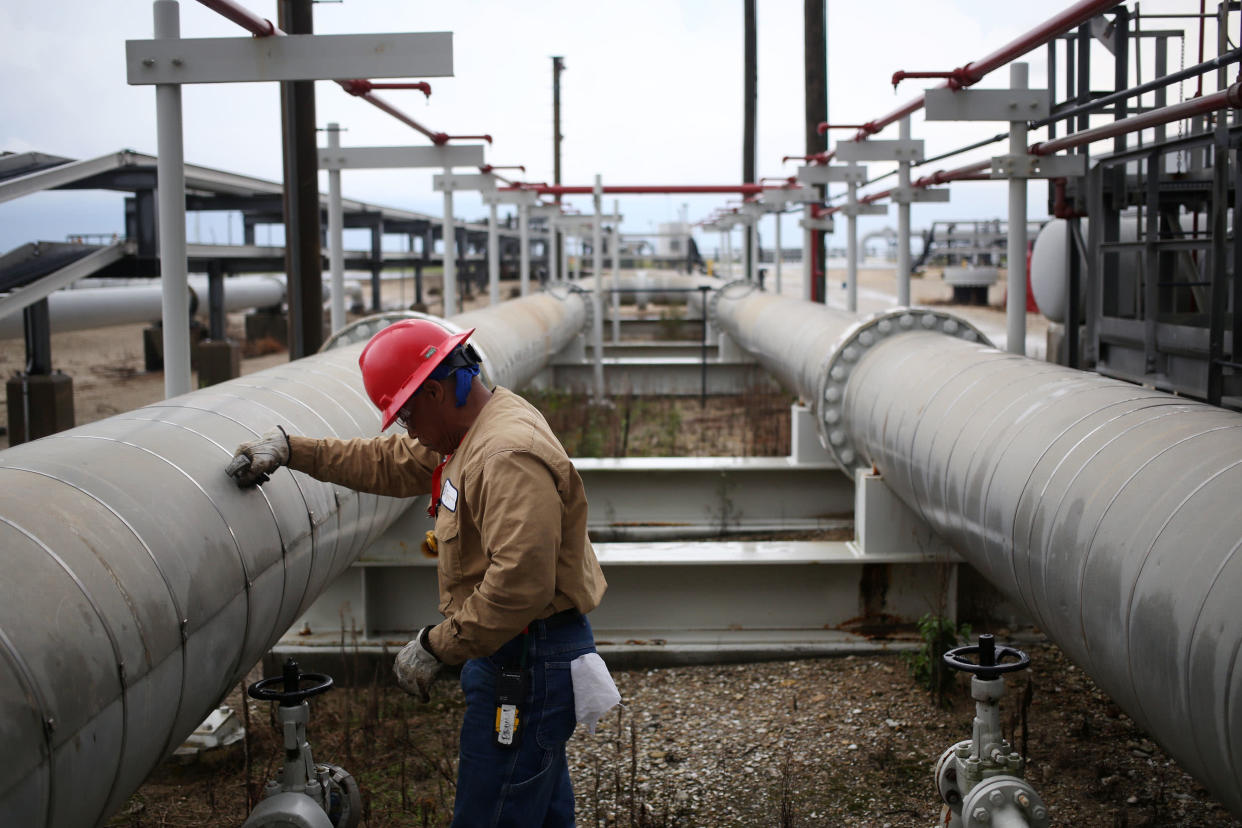 Biden said his administration would adopt a “ready and release plan” that would allow it to “move quickly” to tap into the Strategic Petroleum Reserve in the future “to prevent oil price hikes and respond to international events.”

The U.S. uses about 20 million barrels of oil a day, and many analysts say that the sale of an additional 15 million barrels from the oil reserve is unlikely to have much of an effect on gas prices.

The Strategic Petroleum Reserve, which was established after the oil crisis of the 1970s as a national energy safety net, is currently at its lowest level since 1984.

Biden acknowledged that the oil reserve’s resources have been drained and said his administration would purchase crude to refill it once prices fall to $70 a barrel.

Biden, who has pushed oil companies for months to ramp up oil production, said that his announcement to refill the oil reserve should assure the oil industry that they “can invest to ramp up production now with confidence that they will be able to sell their oil to us.”

“My message to oil companies is this: You’re sitting on record profits and we’re giving you more certainty so you can act now to increase oil production,” Biden said.

Gas prices in the U.S. had been falling after hitting an average of $5.02 per gallon in June. But the cost of gas has ticked back up in the past few weeks after OPEC+ — an alliance of high oil-producing countries that includes Saudi Arabia and Russia — announced earlier this month it would cut production by 2 million barrels a day.

Global energy markets could be squeezed even tighter in December when a European embargo on Russian oil goes into effect. The oil ban was enacted as part of the West’s response to President Vladimir Putin’s invasion of Ukraine.

Biden’s announcement comes just weeks before the November midterm elections as his party is fighting to hold on to its narrow majorities in the House and Senate. Biden’s approval rating hovers around 43 percent.

Asked by reporters whether his actions Wednesday were intended to boost Democrats in the elections, Biden said, “It’s not politically motivated at all.”

Biden also said his push to increase American oil production did not contradict his administration’s goals to transition to green energy to help fight climate change.

“You can increase oil and gas production now while still moving full speed ahead to accelerate our transition to clean energy. That way we can lower energy costs for American families and enhance our national security at a very difficult moment,” Biden said.

The Strategic Petroleum Reserve’s emergency crude oil is stored in four underground salt caverns along the Texas and the Louisiana coasts. At this time last year, the four sites held about 620 million barrels of crude oil, the largest emergency supply in the world and enough reserve to supply all of the U.S. consumption needs for roughly one month. There are now about 400 million barrels of crude oil left in the SPR.

The president can order a full drawdown of the reserve in the event of a severe energy supply interruption and can also order a limited drawdown to address short-term emergency needs.

Since its establishment, only three presidents other than Biden have directed the sale of oil from the petroleum reserve, while exchanges have been more common.