THIS is the tender moment Joe Biden hugged his grandson while visiting his late son’s grave.

Biden spent his first full day as President-elect paying his respects to several family members who are buried in a cemetery in his hometown. 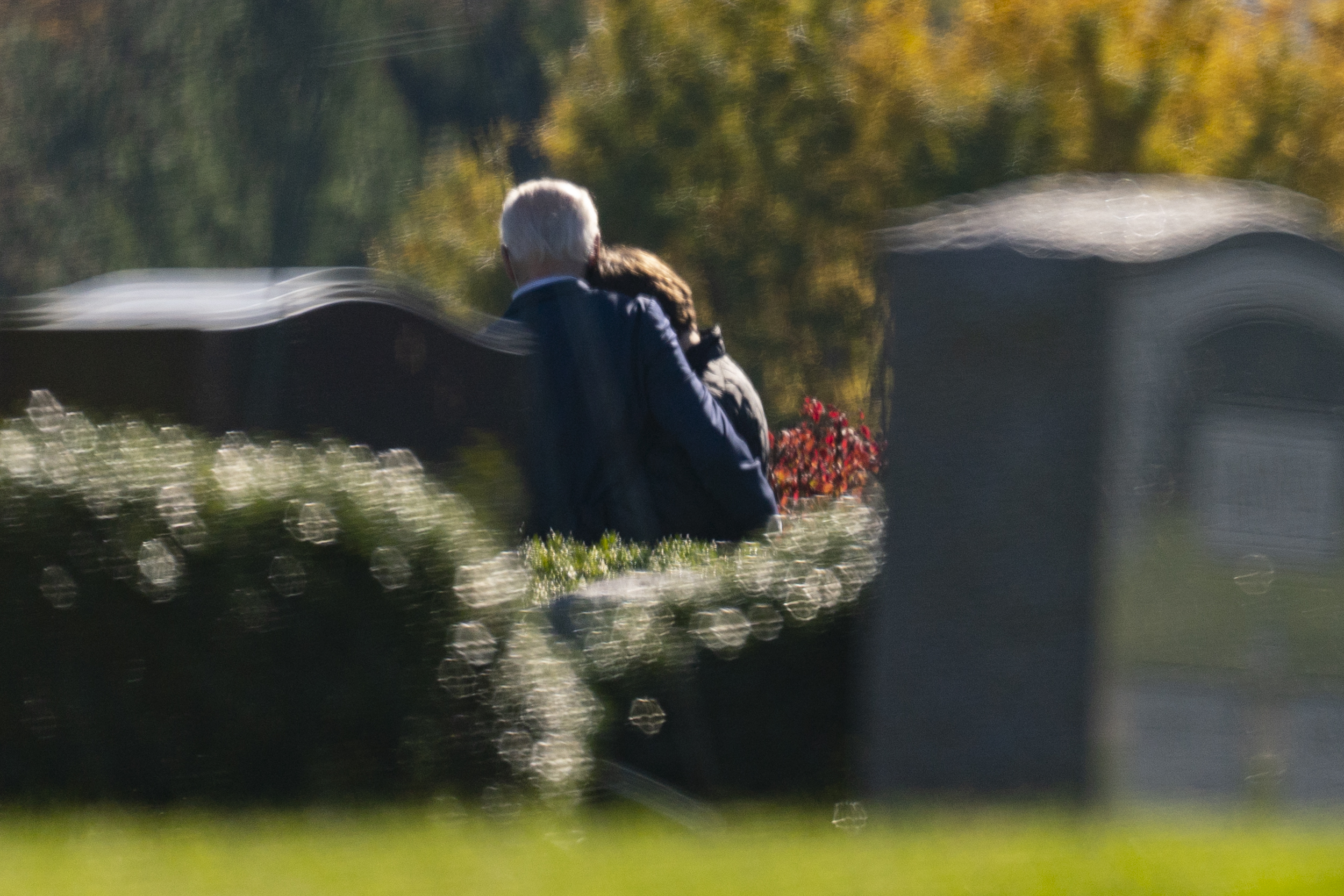 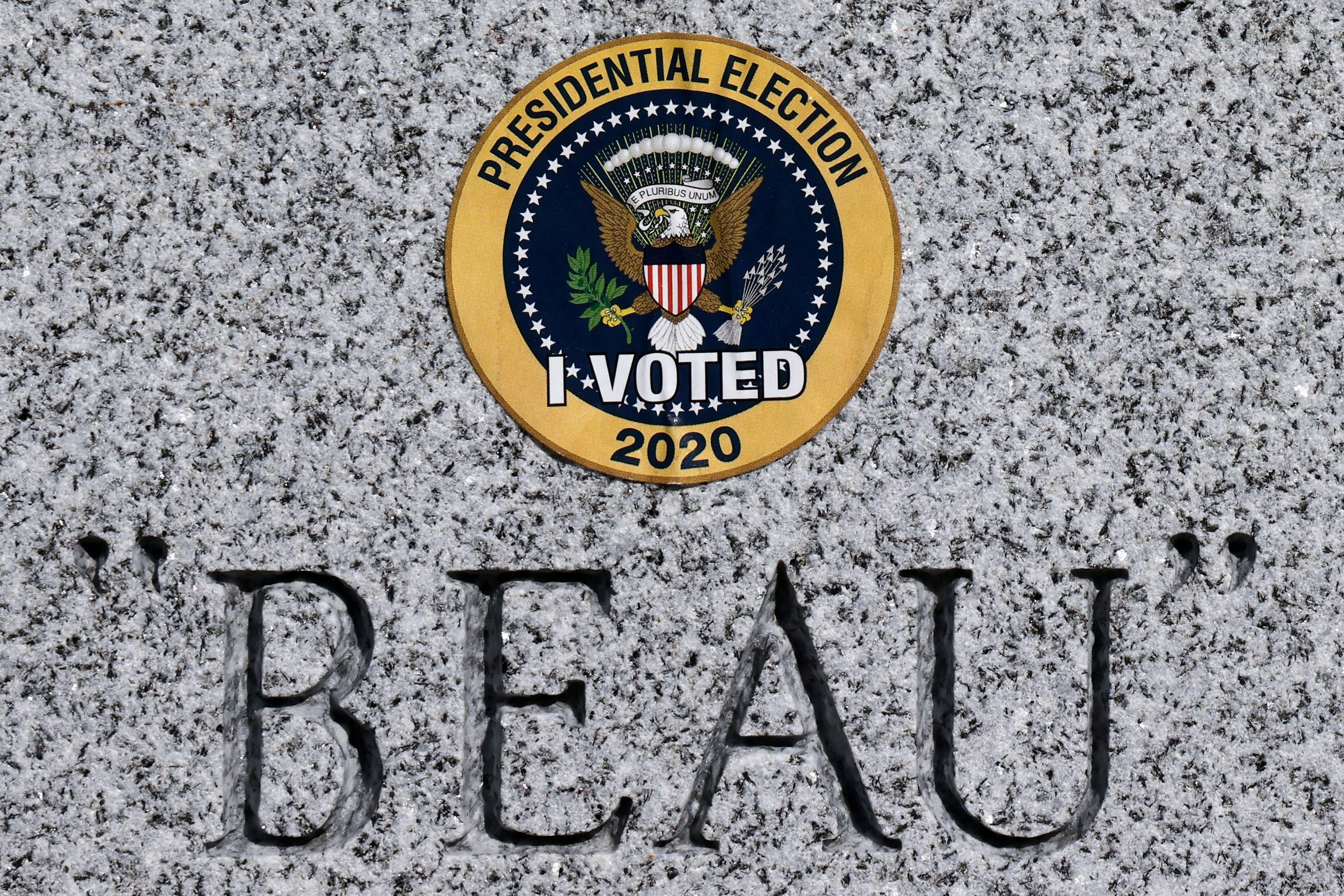 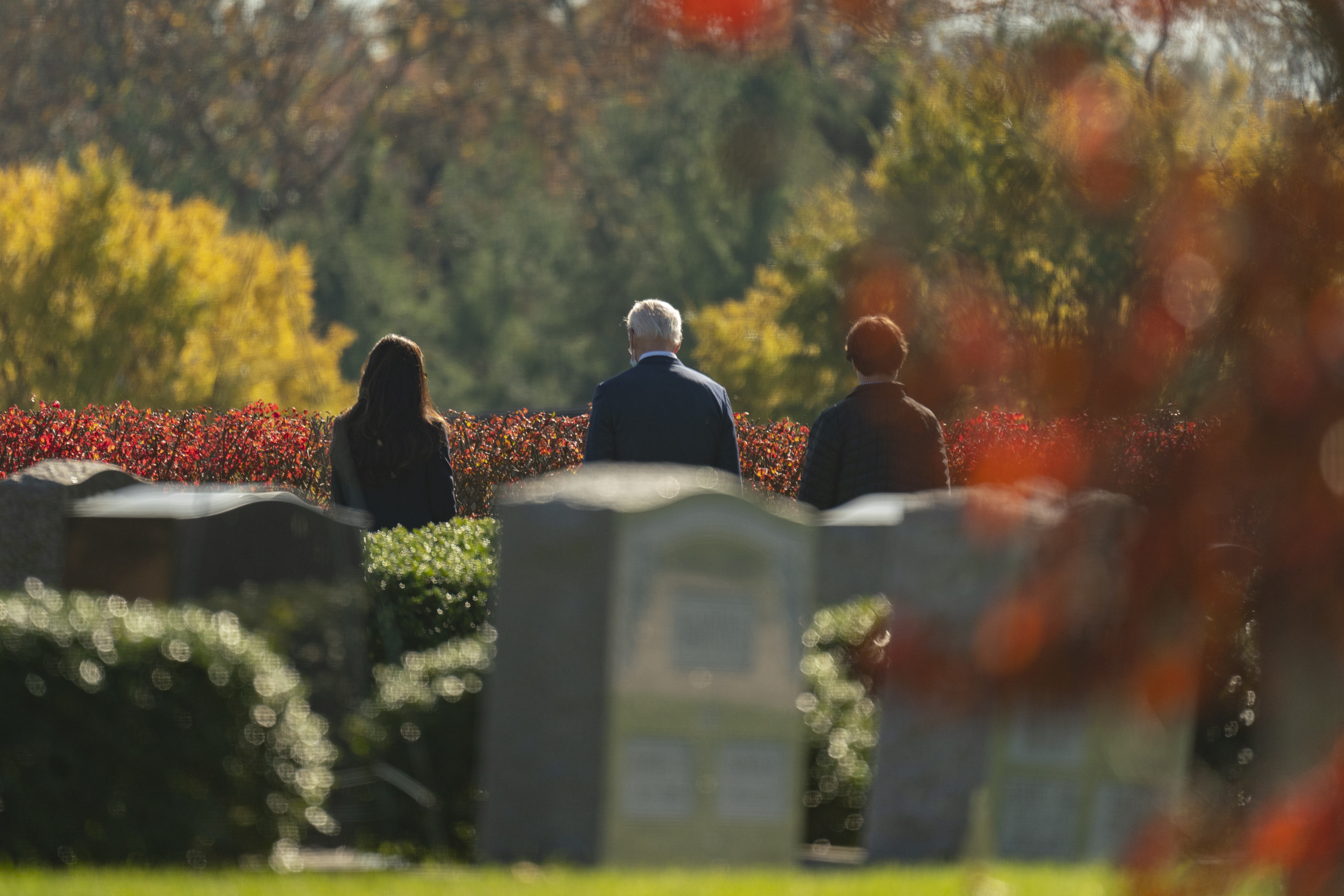 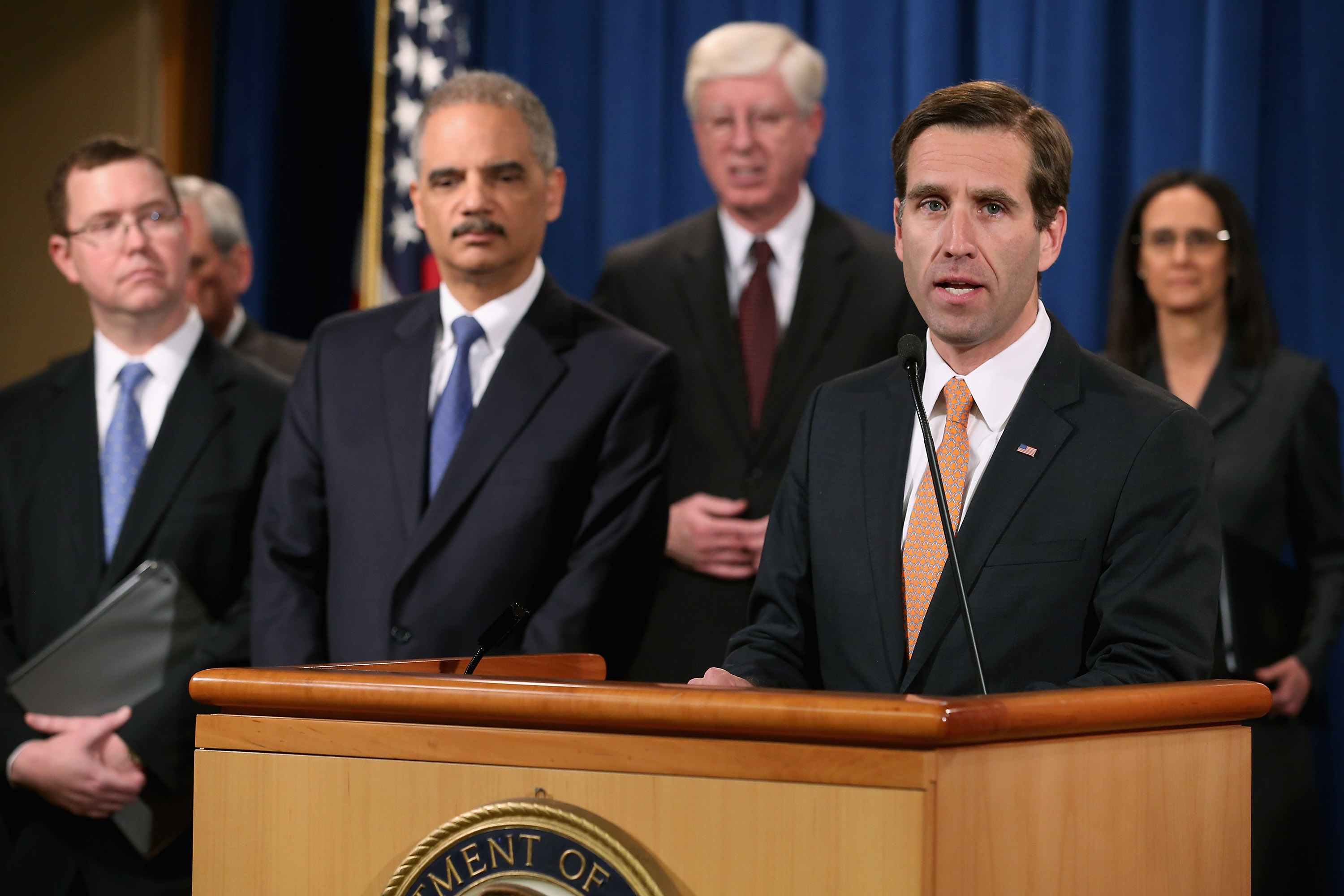 He is only the second Catholic to be elected to the Oval Office and attended mass on Sunday in his hometown of Wilmington, Delaware.

After the service, he headed in the direction of the cemetery where his son Beau is laid, along with first wife Neilia and their daughter Naomi, who died together in a car crash almost 50 years ago.

Biden was accompanied by his daughter Ashley and his 14-year-old grandson Hunter.

Before he died he had urged his father to make a third run for the White House.

Neilia, Joe Biden’s first wife, died in a car crash in 1972 with their young daughter, Naomi.

Beau and his brother Hunter were also in the car and suffered severe injuries but both survived.

Biden referenced Beau at the end of his speech the night before.

"In the last days of the campaign, I've been thinking about a hymn that means a lot to me and to my family, particularly my deceased son Beau.

"It captures the faith that sustains me and which I believe sustains America," Biden said.

"And I hope it can provide some comfort and solace to the more than 230,000 families who have lost a loved one to this terrible virus this year.

"My heart goes out to each and every one of you. Hopefully this hymn gives you solace as well.

"'He will raise you up on eagle's wings, Bear you on the breath of dawn, Make you to shine like the sun, And hold you in the palm of His Hand.'

Biden added: "Now, together — on eagle's wings — we embark on the work that God and history have called upon us to do. With full hearts and steady hands, with faith in America and in each other, with a love of country — and a thirst for justice — let us be the nation that we know we can be.

"A nation united. A nation strengthened. A nation healed. The United States of America. God bless you. And may God protect our troops."

Biden signaled on Sunday he plans to move quickly to build out his government, focusing first on the raging pandemic that will likely dominate the early days of his administration.

Biden named a former surgeon general, Dr. Vivek Murthy, and a former Food and Drug Administration commissioner, David Kessler, as co-chairs of a coronavirus working group set to get started, with other members expected to be announced Monday.

Transition team officials said that also this week Biden will launch his agency review teams, the group of transition staffers that have access to key agencies in the current administration to ease the transfer of power.

The teams will collect and review information such as budgetary and staffing decisions, pending regulations and other work in progress from current staff at the departments to help Biden’s team prepare to transition.

White House officials would not comment on whether they would cooperate with Biden's team on the review.

People want the country to move forward," said Kate Bedingfield, Biden deputy campaign manager, in an interview on NBC's Meet the Press, and see Biden and Vice President-elect Kamala Harris "have the opportunity to do the work, to get the virus under control and to get our economy back together." 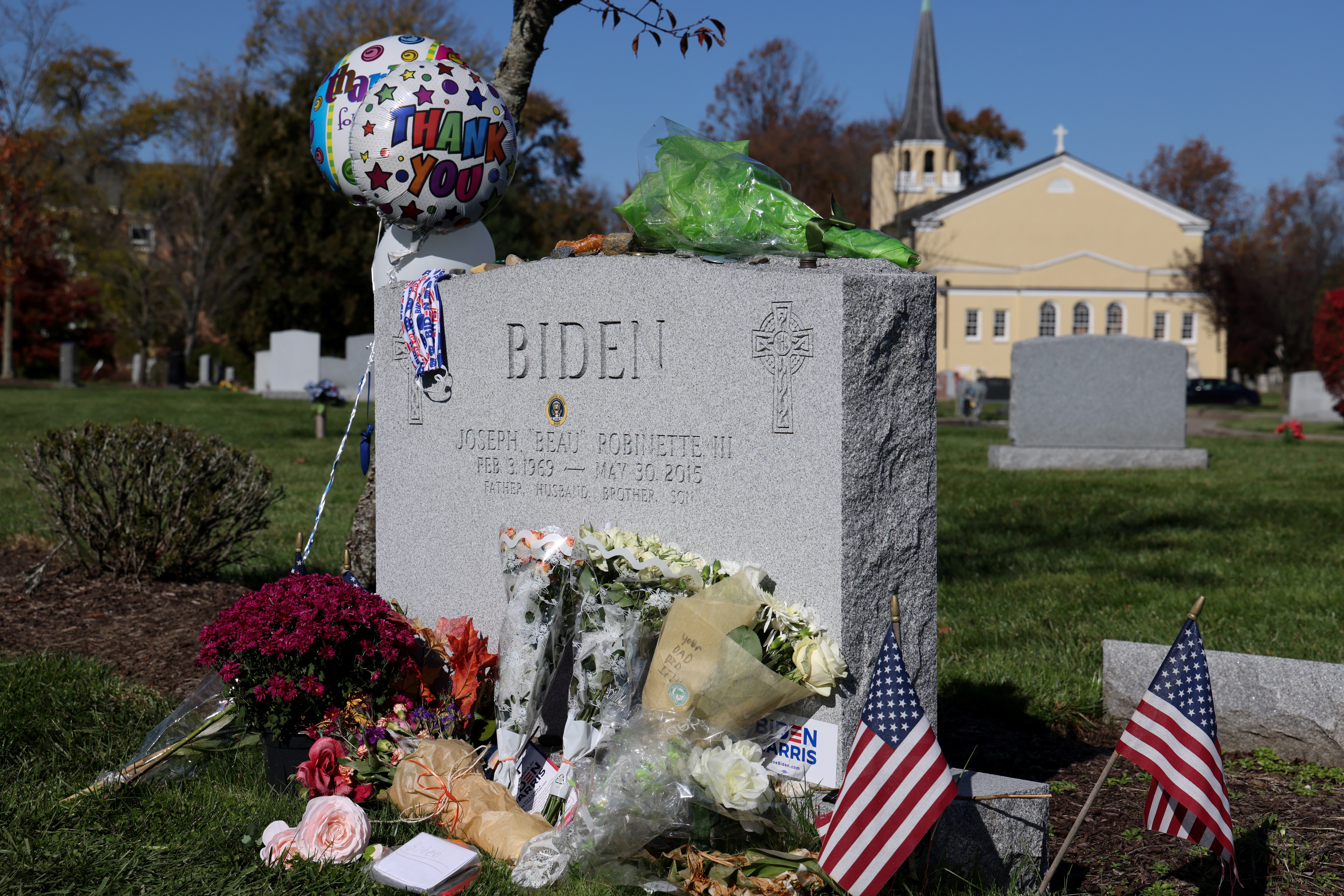