SATURDAY Night Live mocked President Biden for his stumbles up Air Force One and his cheat sheet spotted during his hour-long press conference.

During the weekend broadcast, SNL even went so far as to joke about whether the President will be alive in three years. 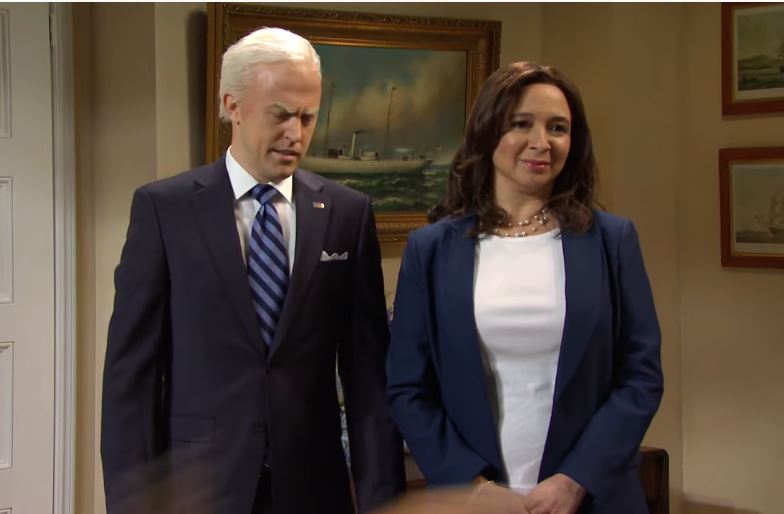 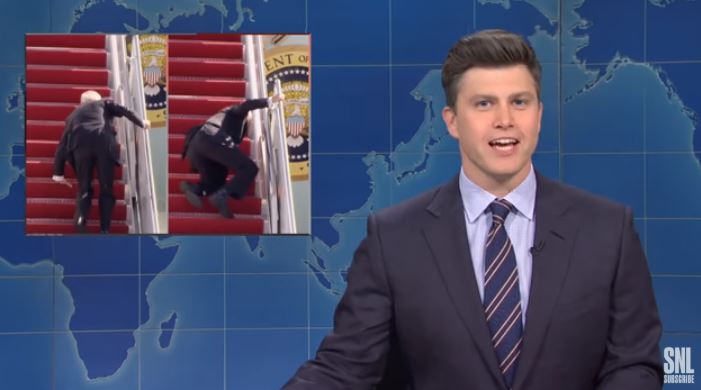 The show repeatedly joked about Biden's cheat sheets that the President was seen using during his appearance before reporters in his first press conference.

Earlier in the broadcast, host Maya Rudolph appeared as Kamala Harris holding a Passover Seder with her husband played by Martin Short.

Looking at flash cards, Biden, played by Alex Moffat, said: "'Hey did you all catch my press conference, it was so easy.

"A lot of critics thought I wasn't mentally prepared enough but I think I proved them all wrong."

During the Weekend Update segment, Jost joked about the President's tumbles falling up Air Force One earlier this month.

"This week kind of felt like Biden on those stairs," Jost said. "You thought it had to get better but it repeatedly got worse." 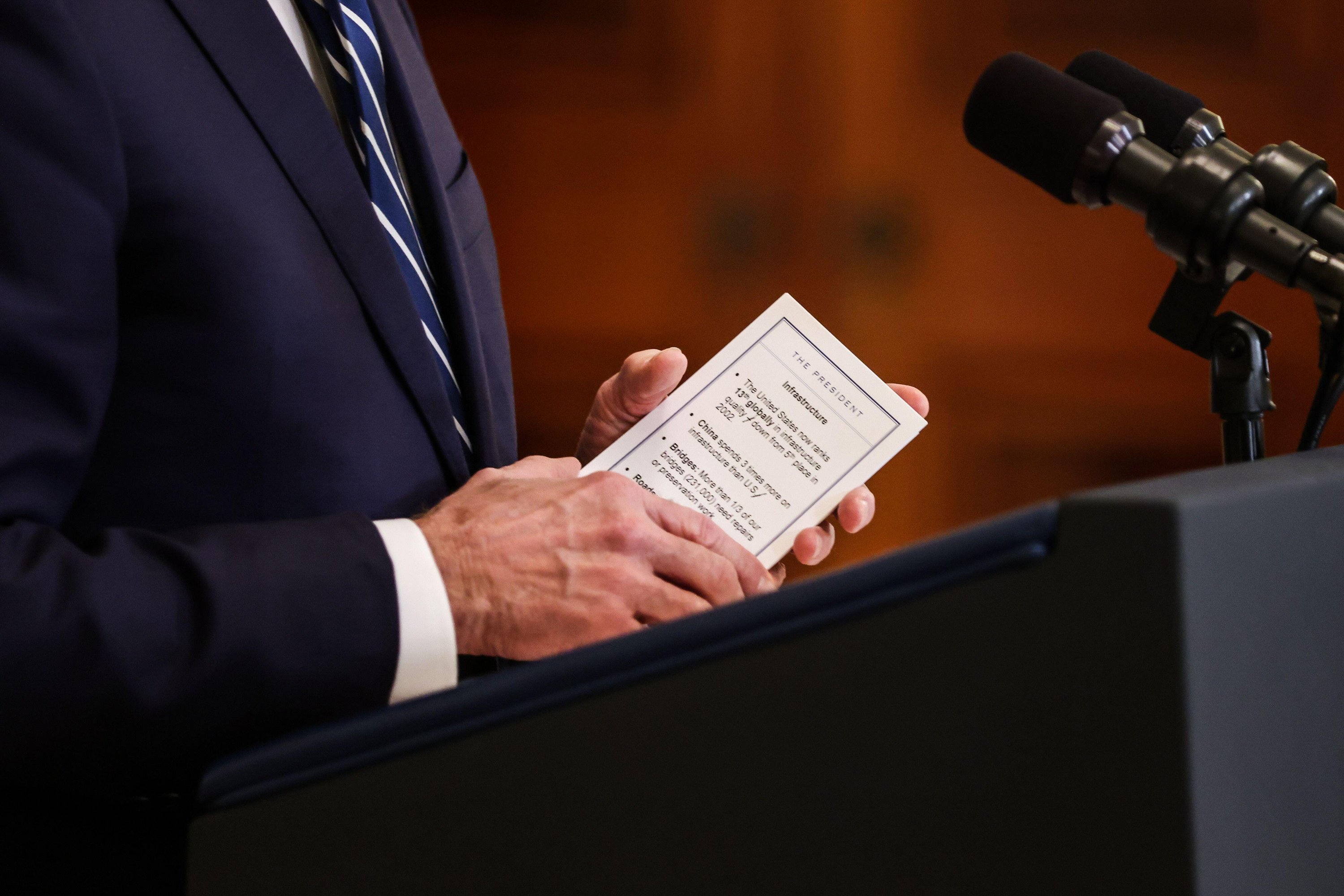 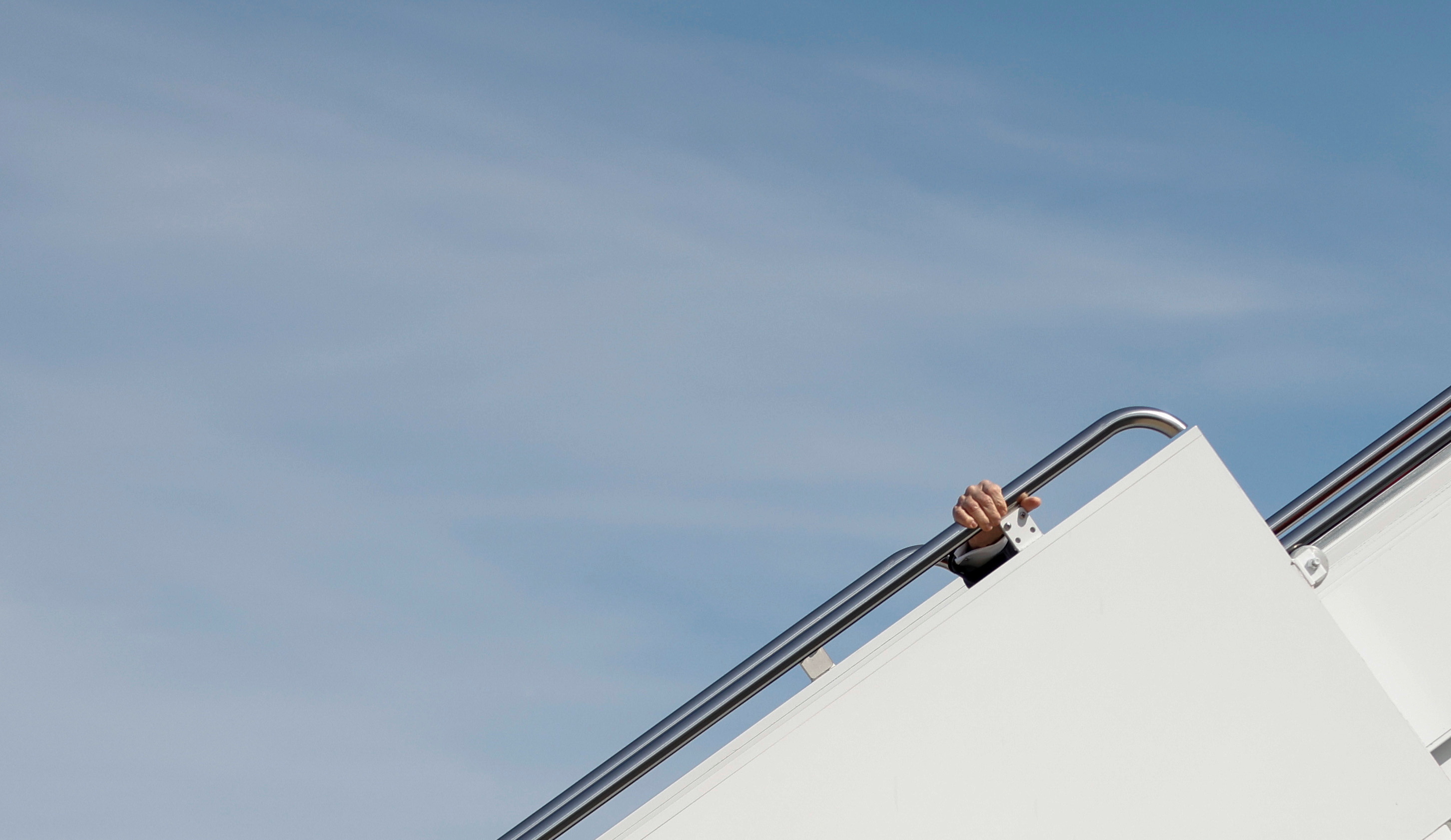 Jost also applauded the President about "how well he breakdanced" as a video of him falling repeatedly was played to the 1990's song "Gonna Make You Sweat".

Che went on to give a shoutout to "Fixodent" after noting that Biden's press conference last more than an hour.

But most crudely the comedy broadcast joked Biden living for only three more years.

"At the press conference, President Biden was asked if he plans to run for reelection in 2024," Che said, "which is probably the nicest way to ask him if he plans to be alive in three years."

Saturday night was the first time that the show took a shot at Biden, 67 days after his inauguration.

According to Ronny Jackson, the President forgetting what he was talking about and mumbling incoherently at the camera should “concern” Americans.

Photos from the press conference show he had a cheat sheet with facts and photos of reporters he planned to call on.

During the press conference, one shows the president holding a card labeled "infrastructure" with a list of facts in large font, though he did still flub one of those statistics.

In another photo, Biden, 78, is seen holding a paper with headshots of reporters, with some that he planned to take questions from circled and numbered.

It has also emerged the White House has corrected the moment President Joe Biden mixed up the name of Afghanistan President Ghani in the official records.

Biden also mistakenly used the name of the controversial former head of Pakistan's military, Kayani, when referring to the Afghanistan leader in the news conference.