Hey ewe, come back! Moment flock of two-dozen sheep run for their lives down residential street after escaping from a nearby abattoir

Dramatic video shows the moment a flock of defiant sheep ran for their lives after ‘escaping from a nearby abattoir’.

Dozens of sheep can be seen fleeing the clutches of an abattoir worker as they run down a residential street in a tenacious bid for freedom.

The sheep ran through the Sparkbrook area of Birmingham and were filmed by a local resident. 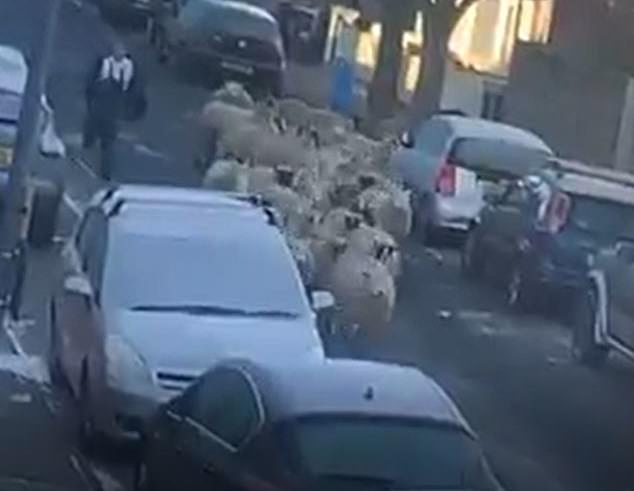 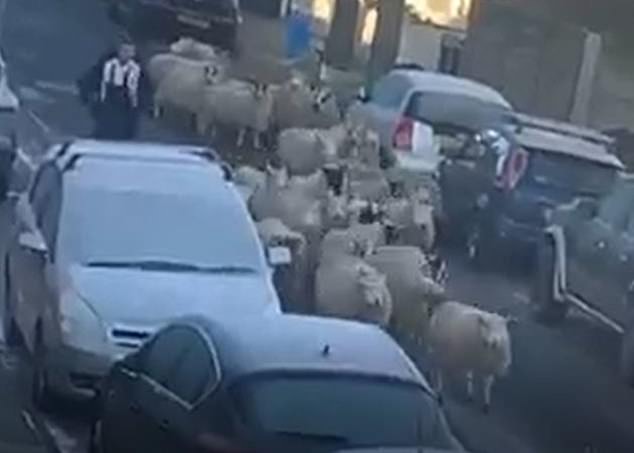 The animals are thought to have escaped from nearby Leansale abattoir.

Video of the great escape has been shared on local Facebook pages.

The short clip shows the group of around 25 sheep running down the road followed by a man dressed as a butcher.