Home » World News » Bloomberg to give $US18M to Democrat campaign

Washington: Mike Bloomberg is transferring $US18 million ($31 million) from his aborted US presidential campaign to the Democratic National Committee in the largest single such transfer ever.

It's the latest sign of the billionaire's continued involvement in the race since ending his own campaign this month because of a lacklustre showing in the March 3 primaries. In those Super Tuesday contests, the former New York City mayor won only one US territory. 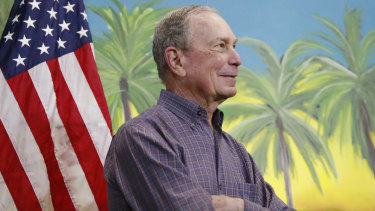 Bloomberg's contribution amounts to more than the national party's typical cash balance. The transfer will help the DNC make up for some steep fundraising disadvantage when compared with its Republican counterpart, which routinely has raised tens of millions more than the Democratic organisation throughout election cycles.

One of the world's wealthiest men with a net worth estimated to exceed $US60 billion, Bloomberg promised throughout his campaign that he would help Democrats try to defeat President Donald Trump regardless of how his own White House bid fared.

The Bloomberg campaign, which hired 2400 people across 43 states, will also transfer its offices in six pivotal states to the states' Democratic parties, to help accelerate their hiring and organising. Those states are Arizona, Florida, Michigan, North Carolina, Pennsylvania and Wisconsin.

Former Bloomberg campaign staffers in those offices will continue to be paid by his campaign through the first week in April and have full benefits through the end of April. After that, they could, in theory, offer the state parties a trained and ready pool of potential hires to build out their operations heading into the November general election.

Bloomberg had promised staffers when they were hired that they would be paid through November, but earlier this month most of his campaign team was told they had been let go and would be paid only through the end of March.

DNC officials said Bloomberg's money and real-estate transfers would be used to expand the party's 12-state battleground program, with a focus on hiring additional staffers to work in organising and data operations. Bloomberg's former campaign employees will not have any advantage in the hiring process, officials said.

"Mayor Bloomberg and his team are making good on their commitment" to stay engaged through November, said DNC Chairman Tom Perez in a statement. He added that the support would "help Democrats win up and down the ballot" and "help make sure Donald Trump is a one-term president".

Bloomberg dropped out of the race March 4, the day after his Super Tuesday disappointment. Since then, he has given tens of millions of his own money to various Democratic groups and causes. 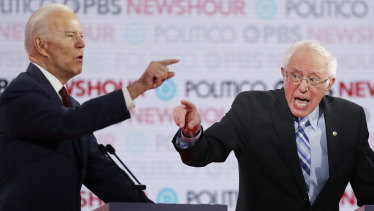 Though the DNC will never match its GOP counterpart in financial muscle, Perez and party leaders have placed a premium on coordination across the Democratic spectrum this presidential cycle after watching Republican quietly upstage them on data operations and voter outreach in 2016.

Democrats are still putting together a data exchange that will link campaigns, the national party's voter file and voter information from independent groups such as the Priorities USA Super PAC, a major advertising and voter outreach player for Democratic efforts.

Bloomberg's direct aid to the national party is possible only because he was a presidential candidate. Federal campaign finance laws place caps on how much an individual can give a political party committee. But individuals can loan or contribute as much of their personal money to their fortunes as they want. In turn, presidential campaigns can transfer unlimited sums to official party committees.