A BOY was slashed across the face by a knife-wielding stranger in front of his shocked brother yesterday afternoon.

The nine-year-old was left with blood pouring from his face, as locals rushed to help the injured youngster slumped in the street. 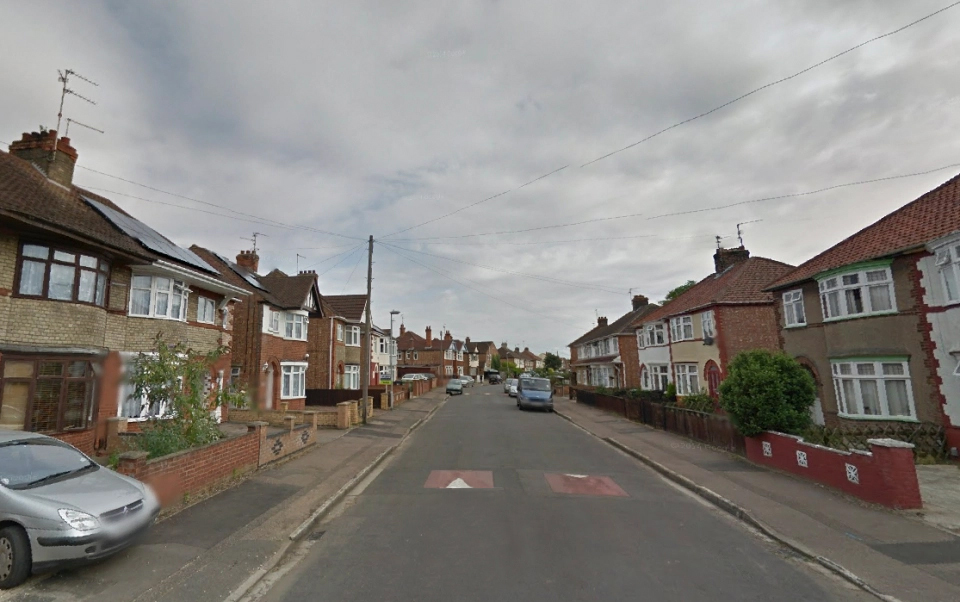 A woman who lives at the house he collapsed outside of said the boy was a "brave little soldier", after being cut across the lip and on his head.

Mum-of-two Sadia Zeb, 42, told The Sun Online: “He was an absolutely brave little boy. He was so cute, no one deserves that.

“There was so much blood pouring down his face you couldn’t see his tears.

"He had been cut from near the nose across the lip and on the head  by a point or blade. I was horrified.

“His brother was in a complete panic and ran home to get his mum while we called the police and ambulance and helped calm him.

“I sat him on my low wall at the front of the house and put a blanket round him and kept telling him that help was on the way and that he was going to be OK.

“I could see that his injuries, however awful, were not life threatening and he was being responsive and so brave. What happened to him was disgusting and has shocked everyone living round here.”

A 24-year-old man from Peterborough – where the attack happened – has been arrested on suspicion of assault causing grievous bodily harm.

Housewife Sadia, describing the horror, said: “He was attacked outside my house but I didn’t see it.

"My son heard screaming and came to get me so I ran outside. I sat him on the wall, he was shivering because of the shock and it was freezing cold.

“I could see the wounds and all the blood but he wasn’t complaining. He was crying and was very quiet but he responded when I asked his age and name.

“The whole street came out and other neighbours were bringing towels and I kept giving him water to drink.

"He told me that they had just been walking along the street when a scruffy man came up and started stabbing his brother in the face with a knife or screwdriver. He hadn’t said a word to them and then ran off.

“They’d been eating some savoury snacks, some little sticks, and the bits are all over the pavement now. Poor boy!”

Sadia told how she had CCTV at home which would have “captured the while attack”, but the camera had been switched off the day before while she was having a new TV connected to the system.

I could see that his injuries, however awful, were not life threatening and he was being responsive and so brave.

The boy was rushed to hospital where he remains in a stable condition but with life-changing injuries.

A Cambridgeshire Constabulary spokesperson said they believe a "bladed article" was used in the attack.

Adding: "A 24-year-old man from Peterborough was arrested late last night (Saturday) on suspicion of assault causing grievous bodily harm (GBH) in connection with the below incident."

Sergeant Jason Hancock said yesterday: “It is believed the boy was walking along the street with his older brother when a man approached them and attacked the victim.

“The offender is described as an Asian man who was tall, skinny, scruffy in appearance with black short-to-medium length messy hair and was wearing black jogging bottoms and a big coat.

“We understand this will be a concerning incident for members of the public, however we have got officers carrying out enquiries and doing all we can to identify the offender.

"While this appears to be a random attack, we believe this was an isolated incident and have not received any further reports of this nature.”

Anyone with information about the incident should contact police online quoting incident 312 of 8 May. Those without internet access should call 101.

Biden backs down in tariff war with France: Winemakers celebrate as truce agreed with USA

Explainer: The race for Nigeria's presidency in 2019