RIO DE JANEIRO (Reuters) – Comments from Brazil’s new right-wing President Jair Bolsonaro that he would be open to the United States operating a military base on Brazilian soil have not been well received by the country’s armed forces, a senior army officer told Reuters on Saturday. 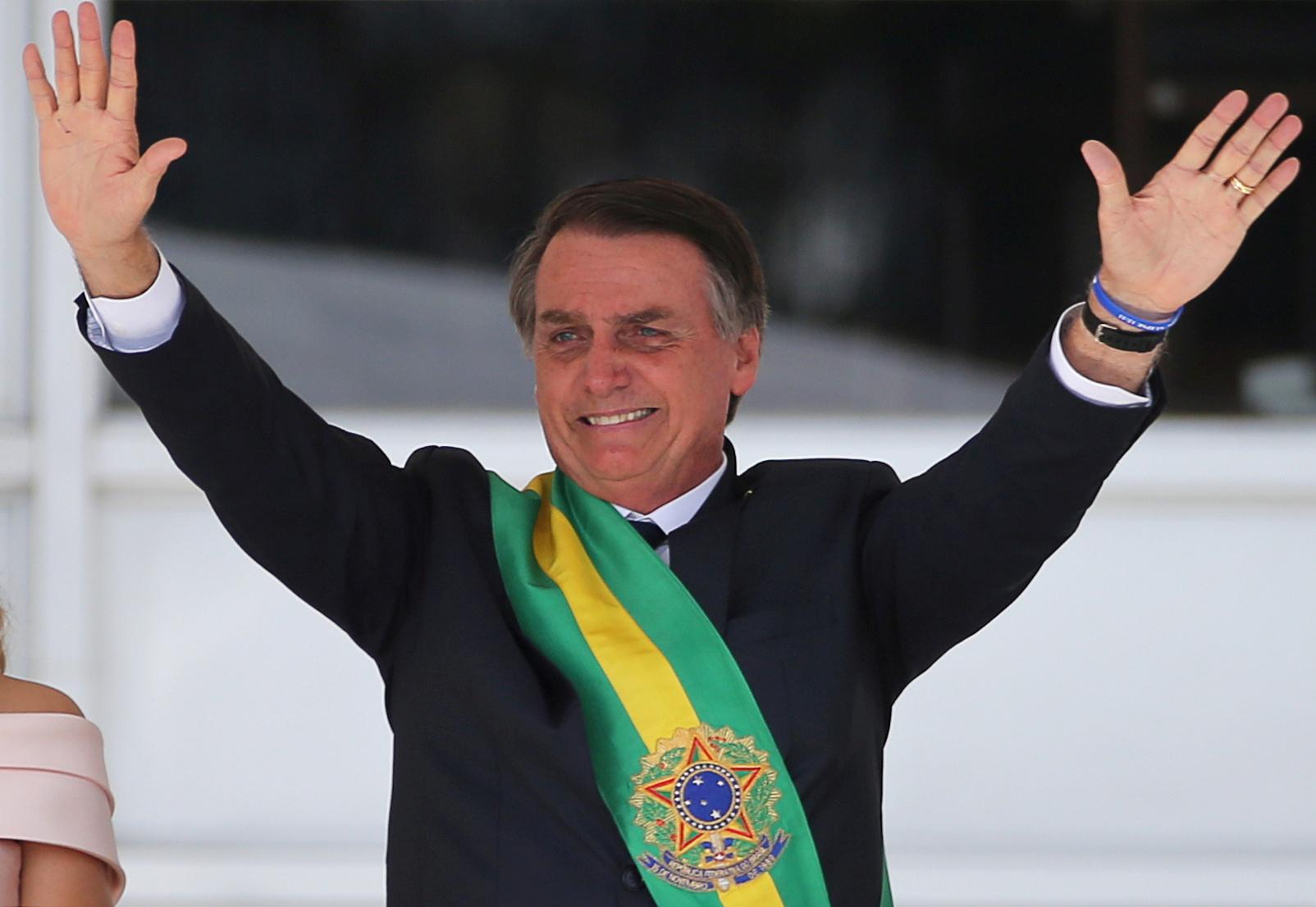 Bolsonaro, who took office on Jan. 1, said in a television interview on Thursday he might be willing to allow a U.S. base in Brazil as a way to counter Russian influence in Venezuela, a move that would mark a sharp shift in direction for Brazilian foreign policy.

Brazil’s military would be against a U.S. base in the country, the officer said, speaking on condition of anonymity because he has not been authorized to discuss the matter publicly.

He added that the possibility of ceding territory for a base took officers by surprise in the Brazilian military, which has traditionally been a zealous guardian of national sovereignty.

The Ministry of Defense said on Saturday it has not been informed of such a proposal by Bolsonaro, a former Army officer turned politician who has appointed retired generals to his cabinet.

“The president has not discussed this with the defense minister,” said Major Sylvia Martins, a spokeswoman for the ministry.

Bolsonaro, an admirer of U.S. President Donald Trump, has quickly moved to align Brazil more closely with the Trump administration, which was represented by Secretary of State Mike Pompeo at his swearing in on Tuesday.

Pompeo told reporters on Wednesday that the United States and Brazil had “an opportunity to work alongside each other against authoritarian regimes” in the region, naming Venezuela, Cuba and Nicaragua.

Foreign Minister Ernesto Araújo confirmed Bolsonaro’s willingness to allow a U.S. base in comments to reporters in Lima on Friday during a meeting of the Lima Group of 13 countries monitoring Venezuela’s political and economic crisis.

Araújo said Bolsonaro would discuss the base offer with Trump during an expected visit to Washington in March, the Estado de S. Paulo newspaper reported.

The Lima Group of Latin American nations plus Canada said on Friday that last year’s elections in Venezuela were not democratic and they would not recognize the legitimacy of leftist President Nicolas Maduro’s new term starting Jan. 10.

Bolsonaro said in the television interview that he is worried about Russia’s closeness with Maduro, the most significant U.S. foe in Latin America.

A visit to Venezuela by two Russian nuclear-capable strategic bombers in December angered the U.S. government..

Maryland lifts some Covid restrictions, to cheers, criticism and confusion.