WASHINGTON (Reuters) – Brazilian President Jair Bolsonaro visited the CIA on Monday as he sought support from the Trump administration for his security agenda on his first official trip to Washington. 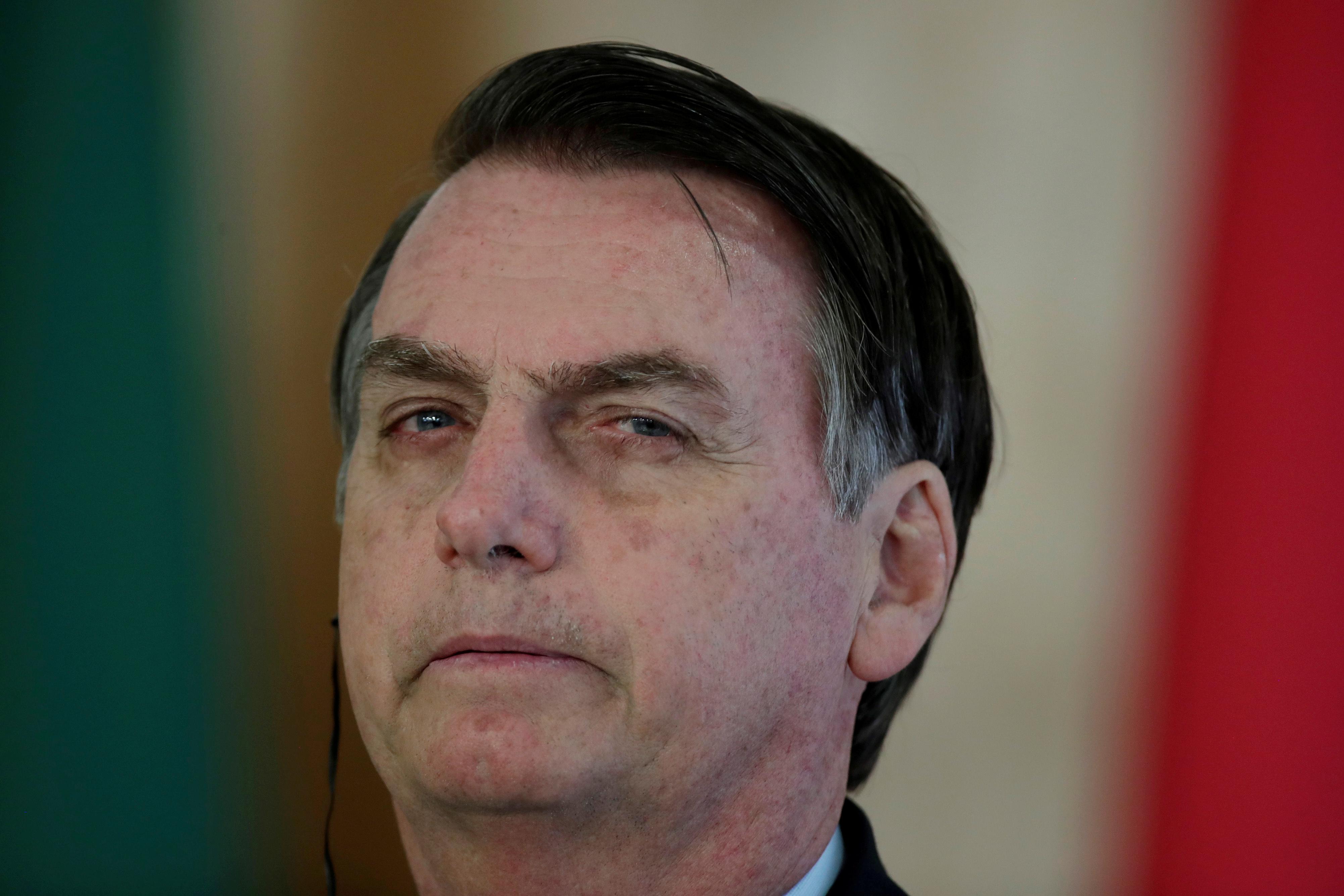 The three-day visit underscored Bolsonaro’s embrace of U.S. influence in Latin America to confront what he calls a communist threat against democracy — a theme he remarked on at a dinner on Sunday evening with his ministers and right-wing thinkers.

President Donald Trump will receive Bolsonaro at the White House on Tuesday, a meeting organized within weeks of the far-right leader’s Jan. 1 inauguration after the two populist firebrands expressed mutual admiration for each other.

Their ideological common ground has raised expectations of greater cooperation between the two biggest countries in the Americas, although their aides have played down the potential for major breakthroughs on this first visit.

A half dozen ministers traveling with Bolsonaro are also preparing accords for collaboration on nuclear energy and law enforcement, along with more open trade of agricultural goods.

Still, the Brazilians showed little interest in getting caught up in the U.S. trade war with China, which has long since replaced the United States as Brazil’s biggest trade partner.

Economy Minister Paulo Guedes said on Monday in Washington that friendlier U.S. relations would do nothing to reduce Brazilian trade with China.

Like Trump, Bolsonaro and his family have a penchant for breaking with protocol, using social media to make public his visit to the CIA.

Presidential advisers, including his official spokesman, had said during the Sunday dinner that his agenda on Monday morning would be kept private. But Bolsonaro’s son, Congressman Eduardo Bolsonaro, revealed the CIA visit in a Twitter post.

“Going now with the (president) and ministers to the CIA, one of the most respected intelligence agencies in the world,” he wrote. “It will be an excellent opportunity to discuss international topics in the region with experts and technicians of the highest level.”

The president’s office said the visit to the Central Intelligence Agency in Langley, Virginia, conveyed the importance that Bolsonaro places on “fighting organized crime and drug trafficking and the need to strengthen intelligence.”

Bolsonaro was scheduled to meet later on Monday with former Treasury Secretary Hank Paulson and deliver remarks at the U.S. Chamber of Commerce.