Mar-a-Lago at $730M when it should be $75M, apartments inflated by 65 times and $127 M for a golf course losing money: The breakdown of properties New York AG claims Trump inflated and how he did it – as he claims SHE is the fraud

After a three-year probe into the former president’s finances New York attorney general Letitia James filed a civil lawsuit against Donald Trump on Wednesday for alleged ‘numerous acts of fraud.’

Following a review of ‘millions of documents’ with a team of investigators, she told reporters she was suing Trump for ‘violating the law as part of his efforts to generate profits for himself, his family and his company.’  James specifically named Trump and his three adult children, Don Jr., Eric, and Ivanka Trump, and said they ‘persistently’ inflated the value of assets.

The attorney general, who is running for reelection in November, claimed the financial benefit from the scheme in total was $250 million, including interest savings and transaction profits, and came in financial statements from 2001 to 2021. The former president, in turn, claimed James, who is black, is ‘racist’ and she herself is the ‘fraud.’

Here’s a breakdown of the lawsuit’s biggest accusations:

According to James, Trump claimed his penthouse in Trump Tower in Manhattan was 30,000 square feet when in reality the place was only a third of that size – 11,000 square feet. Based on the inflated square footage, Trump valued the apartment at $327 million, a price which James called ‘absurd.’

‘To this date, no other apartment in New York City has ever sold for that much,’ she said.

Trump’s Florida golf resort was valued at $739 million ‘based on the false premise that it was unrestricted property and could be developed for residential use,’ according to James. Her office pointed out that Trump donated the residential development rights of the property and sharply restricted making any changes. She claims that the property should have been valued at $75 million and brings in about $25 million in revenue per year. 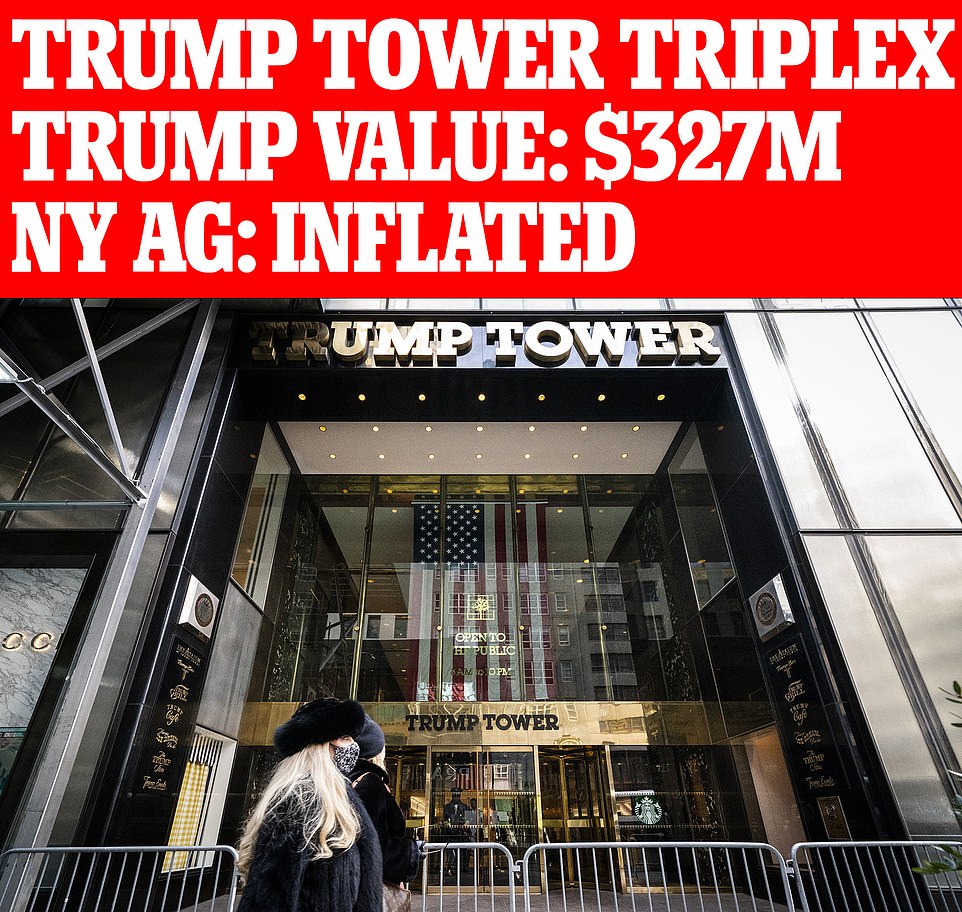 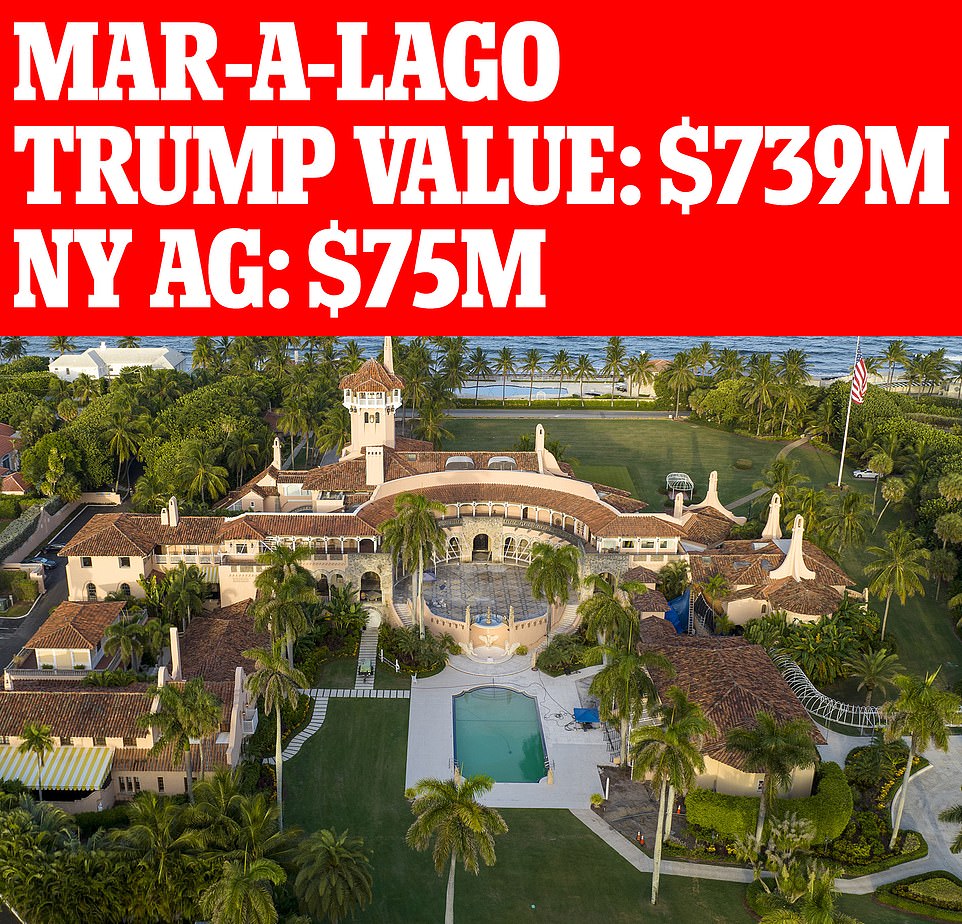 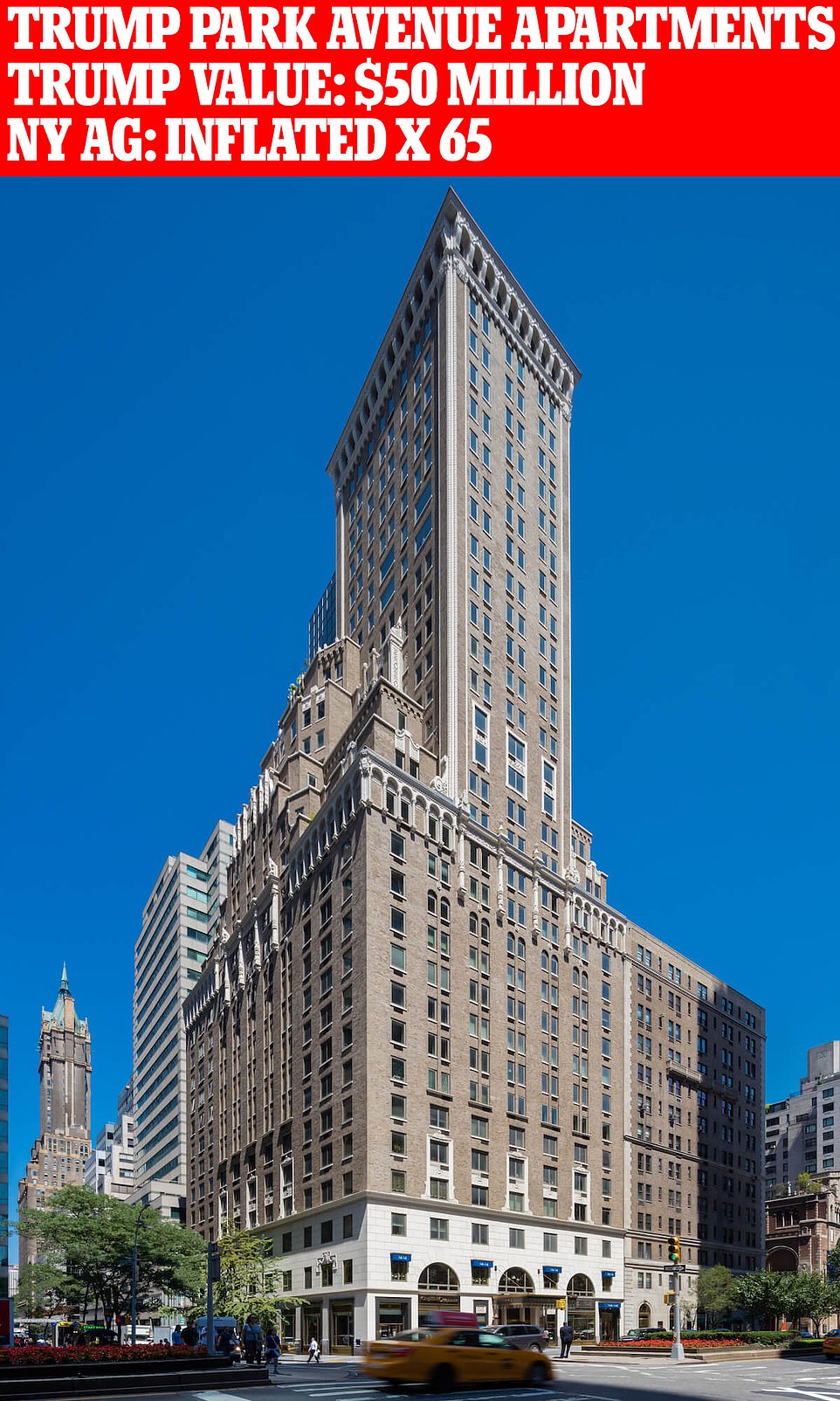 Trump valued his Park Avenue based on the units’ market value, though they were rent stabilized and worth far less at a total of $84.5 million

The Trump Organization received a valuation for Trump Park Avenue, a 32-story condo building with 120 apartments and eight penthouses, in 2020 at $84.5 million.

On a 2020 statement of Trump’s financial condition he listed the property being worth $135.8 million.

James’ team found that in 2011 and 2012, Trump ‘ignored legal restrictions’ listed 12 rent-stabilized units in the building by what they would be worth if they could be rented out at market value. Trump claimed the units were worth $50 million, over 65 times the $750,000 those units were appraised at in 2010. 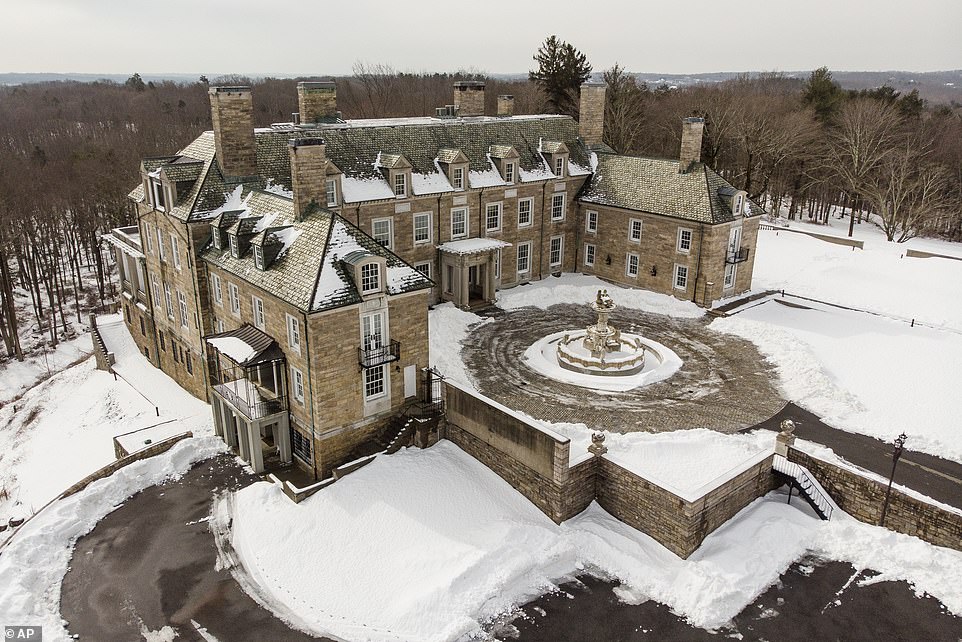 In 1995 Trump purchased his 213-acre estate in Westchester County, New York for $7.5 million

‘Another Witch Hunt by a racist Attorney General, Letitia James, who failed in her run for Governor, getting almost zero support from the public, and now is doing poorly against Law & Order A.G. candidate, highly respected Michael Henry,’ Trump wrote in a post on Truth Social.

‘I never thought this case would be brought – until I saw her really bad poll numbers. She is a fraud who campaigned on a “get Trump” platform, despite the fact that the city is one of the crime and murder disasters of the world under her watch!’

Trump added in a followup post: ‘Attorney General Letitia “Peekaboo” James, a total crime fighting disaster in New York, is spending all of her time fighting for very powerful and well represented banks and insurance companies, who were fully paid, made a lot of money, and never had a complaint about me, instead of fighting murder and violent crime, which is killing New York State. She is a failed A.G. whose lack of talent in the fight against crime is causing record numbers of people and companies to flee New York. Bye, bye!’

The Trump building at 40 Wall Street, where Trump owns the ground lease was valued at $220 million in 2012. The Trump Organization listed the property’s value at $530 million in 2013.

Trump owns a 50 percent stake in a hotel condominium tower together with businessman Phillip Ruffin. In 2015 the Trump Organization submitted a $24,950,000 valuation to contest taxes they owed to Nevada, but the same year his statement showed the property to be worth $108 million.

Trump owns two ground leases for a space that adjoins Trump Tower that for many years he rented to Nike. In 2020 and 2021 Trump reported the value of the property was in the mid-$400 million range, while James’ office found the property to be worth $225-$250 million range, arguing that Trump had not factored in ‘escalating scheduled rent expenses.’

James’ office found that Trump used a number of ‘deceptive techniques’ to estimate the value of his 12 clubs. The first is a ‘fixed asset scheme,’ where she says Trump valued the clubs based on fixed assets without factoring in any depreciation. Others schemes listed involved factoring the value of memberships into the valuation while listing Trump’s liability for those memberships as zero. A ‘brand premium scheme’ entailed the Trump Organization adding a premium to inflate the value of golf courses and clubs, often up to 30% for the ‘Trump Brand,’ while claiming that brand premiums were not included.

In 2017, Trump’s golf course in Turnberry, Scotland, was valued at nearly $127million. But James insists it has operated as a loss since then, and says it was ‘false and misleading’ of Trump to use a valuation of the course based on a fixed asset scheme. 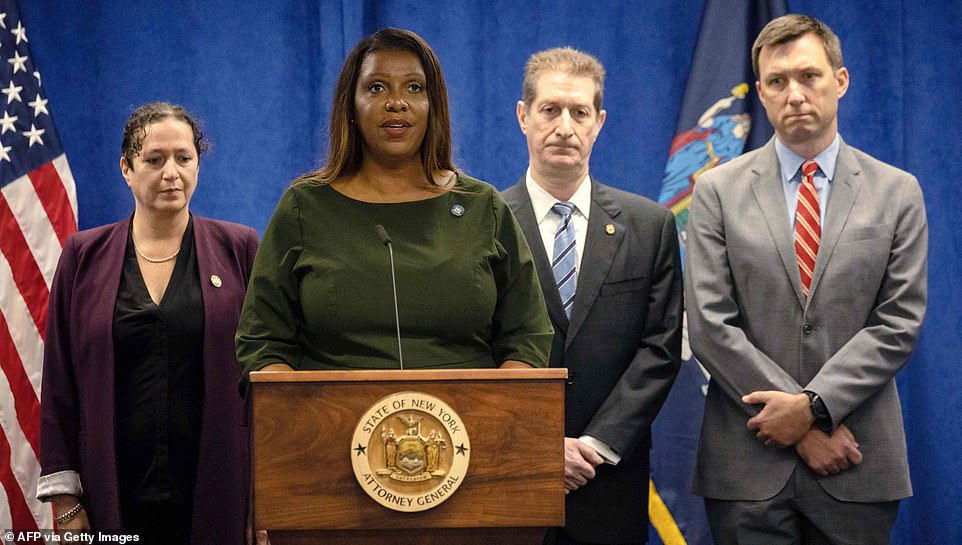 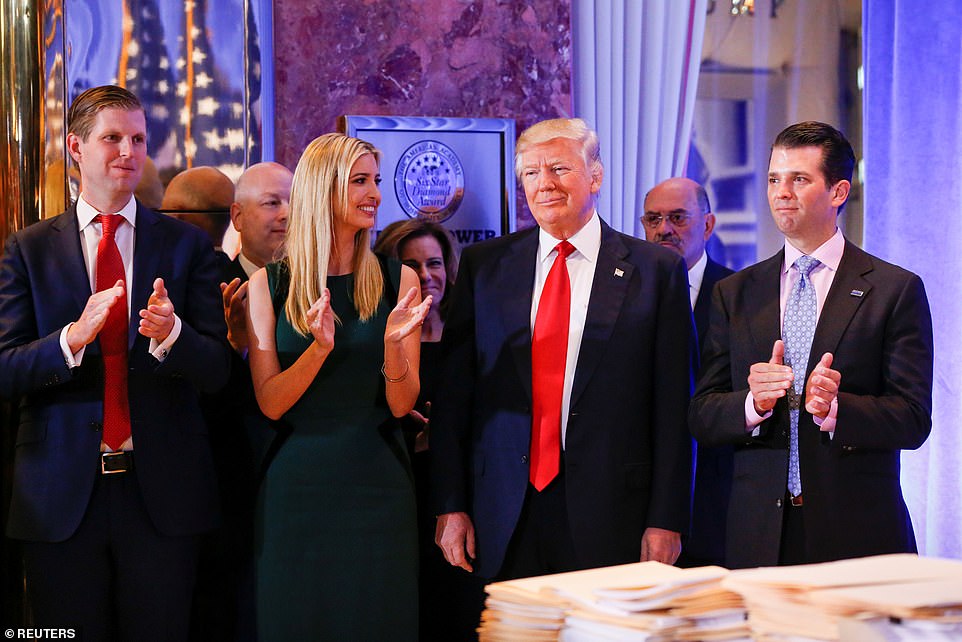