NAGA Munchetty's comments suggesting Donald Trump was being "racist" did not breach official TV rules, according to Ofcom.

The TV regulator said the BBC Breakfast programme on which she made the remarks "did not raise issues warranting an investigation by it". 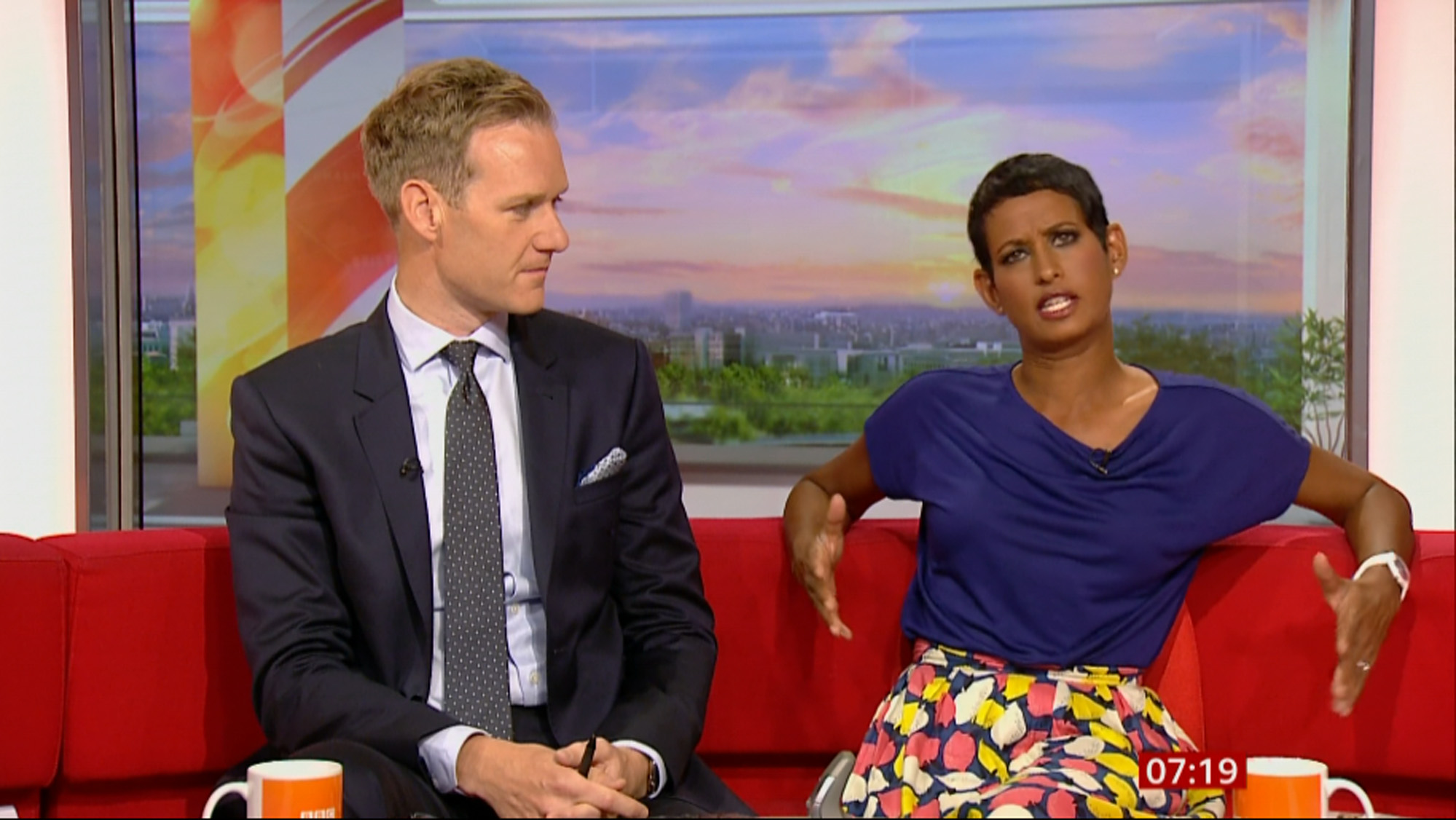 Ofcom added that it would also be "addressing the BBC's lack of transparency" around its initial ruling that the presenter had breached guidelines "as a matter of urgency", Press Gazette reports.

Naga returned to the red couch last week to the joy of many viewers, after being off the show for a time following Auntie's disciplinary action.

The revelation that the regulatory body didn't feel the need to investigate the incident sparked a furious response from a top lawyer on Twitter.

Nazir Afzal, a member of the Independent Press Standards Organisation which regulates most of the country's newspapers hammered Auntie in a scathing post.

The former Chief Prosecutor wrote: "Proof, if it was needed that @BBCNaga was hung out to dry for no valid reason Still haven’t seen the apology, nor the reasoning, nor the transparency.

"It stinks of institutional racism. The BBC have to be better than this." 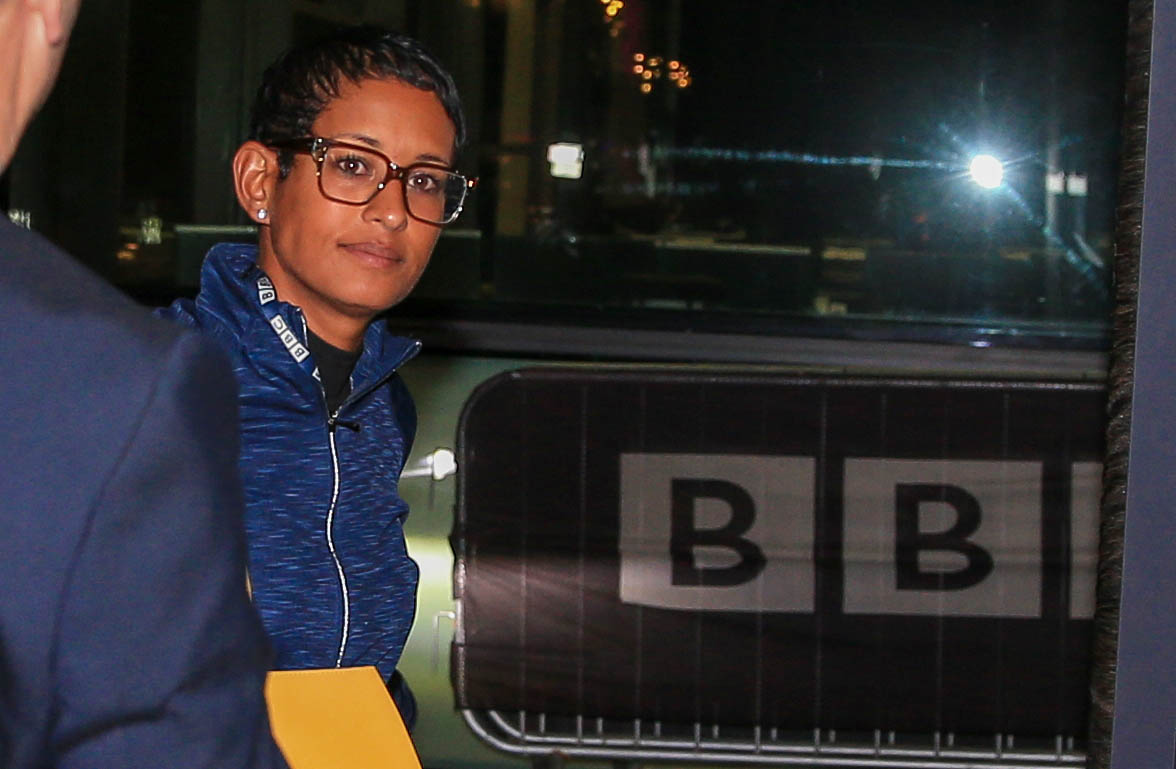 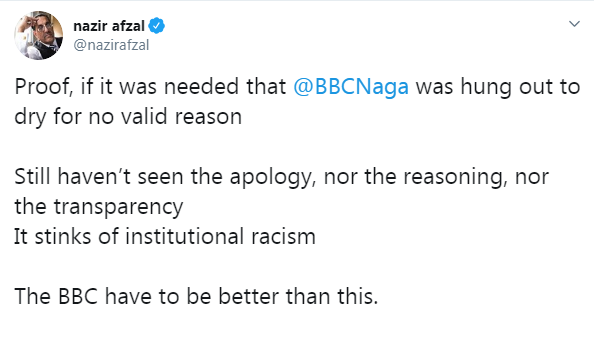 Back in July she expressed concern over the US President's comments that  four congresswoman should “go back” to the “places from which they came.”

Apparently going off script she spoke about her own experiences, saying his remarks made her "furious".

Naga said: "Every time I have been told, as a woman of colour, to go back to where I came from, that was embedded in racism."

“Now I’m not accusing anyone of anything here, but you know what certain phrases mean.”

The four congresswomen, Ilhan Omar, Ayanna Pressley, Alexandria Ocasio-Cortez and Rashida Tlaib, were told by the president that they should “go back and help fix the totally broken places from which they came”.

The four women are all US citizens and three of them were born and raised in the US.

The BBC originally ruled that Naga had broken the rules saying “her comments went beyond what the guidelines allow for,” despite saying she was entitled to “give a personal response.”

But the ruling was ultimately overturned by the head of the BBC last week.

A BBC spokesperson said: “We note Ofcom’s finding and the fact they agree with the director general’s decision.” 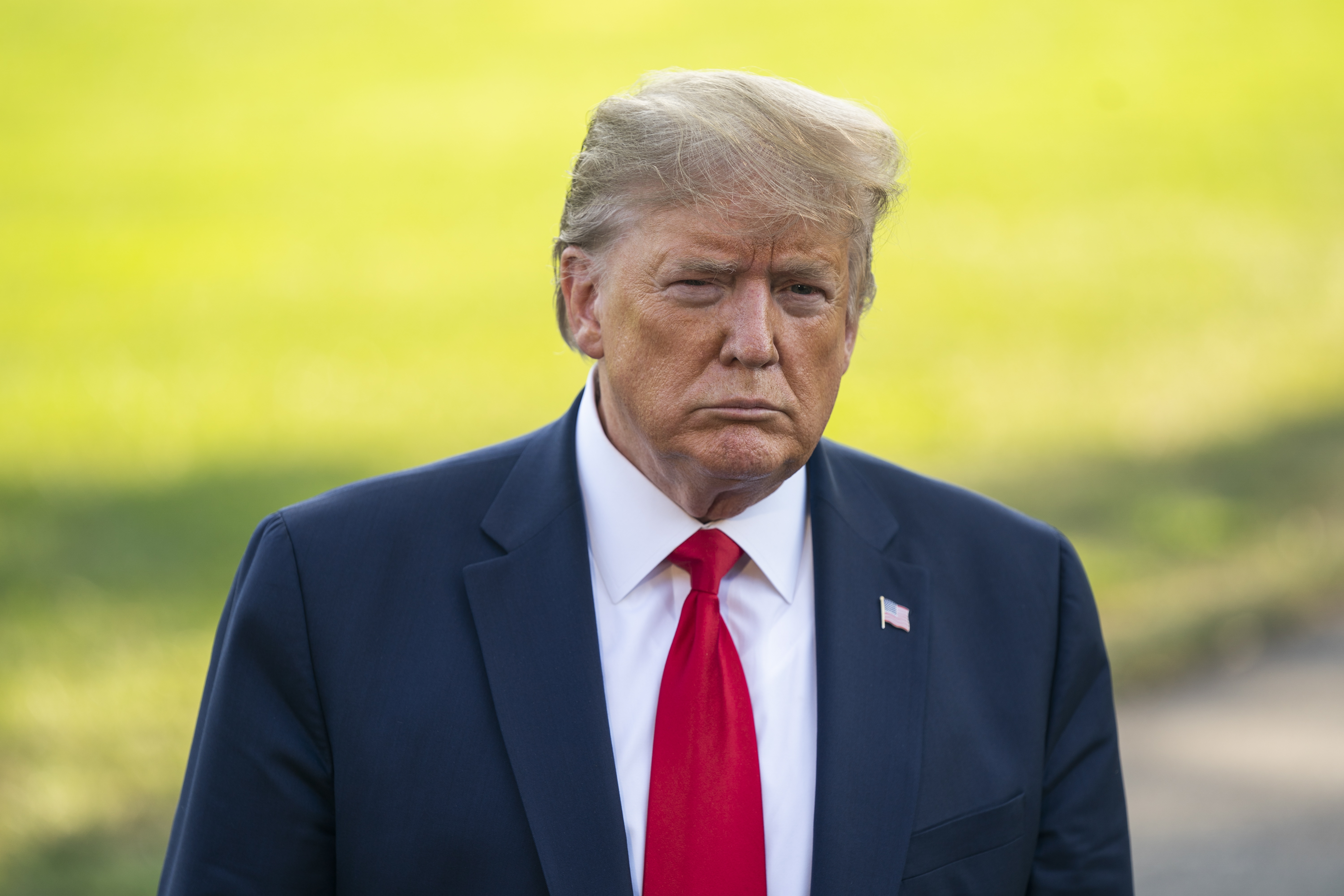 While You Were Sleeping: 5 stories you might have missed, May 23