LONDON (Reuters) – Prime Minister Boris Johnson called on Friday for “closure” over the Brexit divisions that have riven the United Kingdom, saying his election victory provided an overwhelming mandate to take Britain out of the European Union on Jan. 31.

Johnson, the face of the victorious “Leave” campaign in the 2016 referendum, fought the election under the slogan of “Get Brexit Done”, promising to end the deadlock and spend more on health, education and the police.

He was vindicated with the biggest Conservative win since Margaret Thatcher’s landslide victory of 1987, trouncing his socialist Labour Party opponent Jeremy Corbyn by winning 365 seats with a majority of 80. Labour won just 203 seats.

Ever since the referendum, Brexit has divided the United Kingdom and fueled soul-searching about everything from secession and immigration to capitalism, empire and modern Britishness.

Johnson called for the healing to begin.

“I frankly urge everyone on either side of what are, after 3.5 years, an increasingly arid argument, I urge everyone to find closure and to let the healing begin,” Johnson said outside his residence at 10 Downing Street.

“I know that after five weeks, frankly, of electioneering, this country deserves a break from wrangling, a break from politics and a permanent break from talking about Brexit.”

With such a commanding majority, Johnson will now swiftly ratify the Brexit deal he struck with the EU so that the United Kingdom can leave on Jan. 31 – 10 months later than initially planned.

Both opponents and supporters of Brexit agree that it is the United Kingdom’s most significant geopolitical move since World War Two that will pitch the world’s fifth largest economy, and one of the pillars of the West, into an uncertain future.

Such a large majority recalls those secured by past leaders such as Thatcher and Labour’s Tony Blair. But beyond Brexit, Johnson has given few clues about what his vision is for the United Kingdom.

Johnson’s Conservatives increased their share of the vote to 43.6%, their highest since Thatcher’s first election victory in 1979, and higher than Blair’s in any of his three election wins.

Brexit is far from over.

Though now free to realize his Brexit dream, Johnson faces the daunting task of negotiating a trade agreement with the EU, possibly in just 11 months, while also negotiating another trade deal with U.S. President Donald Trump.

The outcome of the trade negotiations will shape the future of Britain’s $2.7 trillion economy. After Jan. 31, Britain will enter a transition period during which it will negotiate a new relationship with the remaining 27 EU states.

This transition period can run until the end of December 2022 under the current rules, but the Conservatives made an election promise not to extend it beyond the end of 2020.

German Chancellor Angela Merkel said many within the EU were relieved that Britain would now have a parliament with a clear majority, highlighting the frustration that European leaders have felt during three years of political logjam in London.

But she said it would be “very complicated” to complete the talks on a new relationship by December 2020.

French President Emmanuel Macron warned Britain that the more it chose to deregulate its economy after Brexit, the more it would lose access to the EU’s single market.

Trump congratulated Johnson and said a U.S. trade deal could be more lucrative than any with the EU, the world’s biggest trading bloc. “Celebrate Boris!” Trump said on Twitter.

The Brexit issue has eroded traditional party loyalties, dividing the nation along new faultlines of urban vs rural, young vs old, and graduates vs non-graduates.

The Brexit effect was most starkly illustrated by the crumbling of Labour’s “Red Wall”, a rampart of working class areas across northern and central England where most people had voted “Leave” in 2016.

Frustrated at the country’s failure to quit the EU since then, and at Labour’s equivocal stance on Brexit, large numbers of voters deserted the party and flocked to the Conservatives, leaving the Red Wall full of holes. 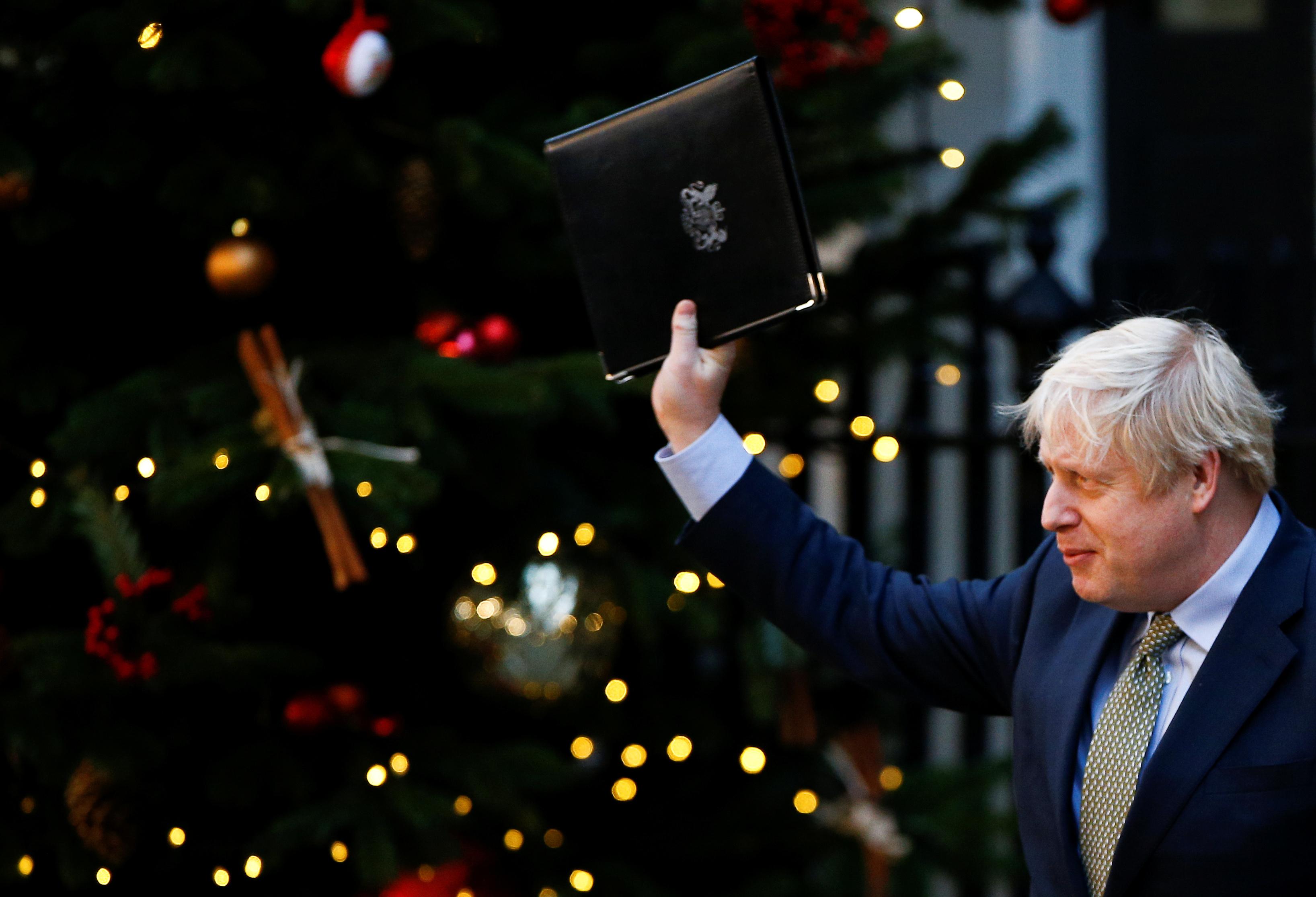 David Hughes, 48, was won over by Johnson’s “Get Brexit done” mantra and backed the Conservatives after previously voting Labour.

“People wanted to get Brexit sorted and I think Boris will get it done,” he told Reuters in Burnley, in northern England.

Johnson said he was “humbled” at having won their trust, a rare note of humility from a politician best known for his bombastic rhetoric and supreme self-belief.

Corbyn announced he would step down after a “process of reflection”.

Sterling jumped by 2.5%, its biggest rise in nearly three years, on the first signs of the scale of Johnson’s victory, before giving up some of those gains.

The election result was hailed as a victory for English, Scottish and Irish nationalism – but it raised fears about the future of the United Kingdom.

The anti-Brexit, pro-independence Scottish National Party (SNP) won 48 of Scotland’s 59 seats by thrashing both the Conservatives and Labour.

“The people of Scotland have spoken. It is time now to decide our own future,” said Nicola Sturgeon, SNP leader and first minister of Scotland.

She said her semi-autonomous government would next week publish a detailed case for a transfer of power from London to Edinburgh that would allow her to hold another referendum on Scottish independence. Scots voted in 2014 to stay in the UK.

In Northern Ireland, supporters of a united Ireland won more seats than those in the province who want to remain part of the United Kingdom for the first time since the 1921 partition which divided the British north from the Irish Republic in the south. 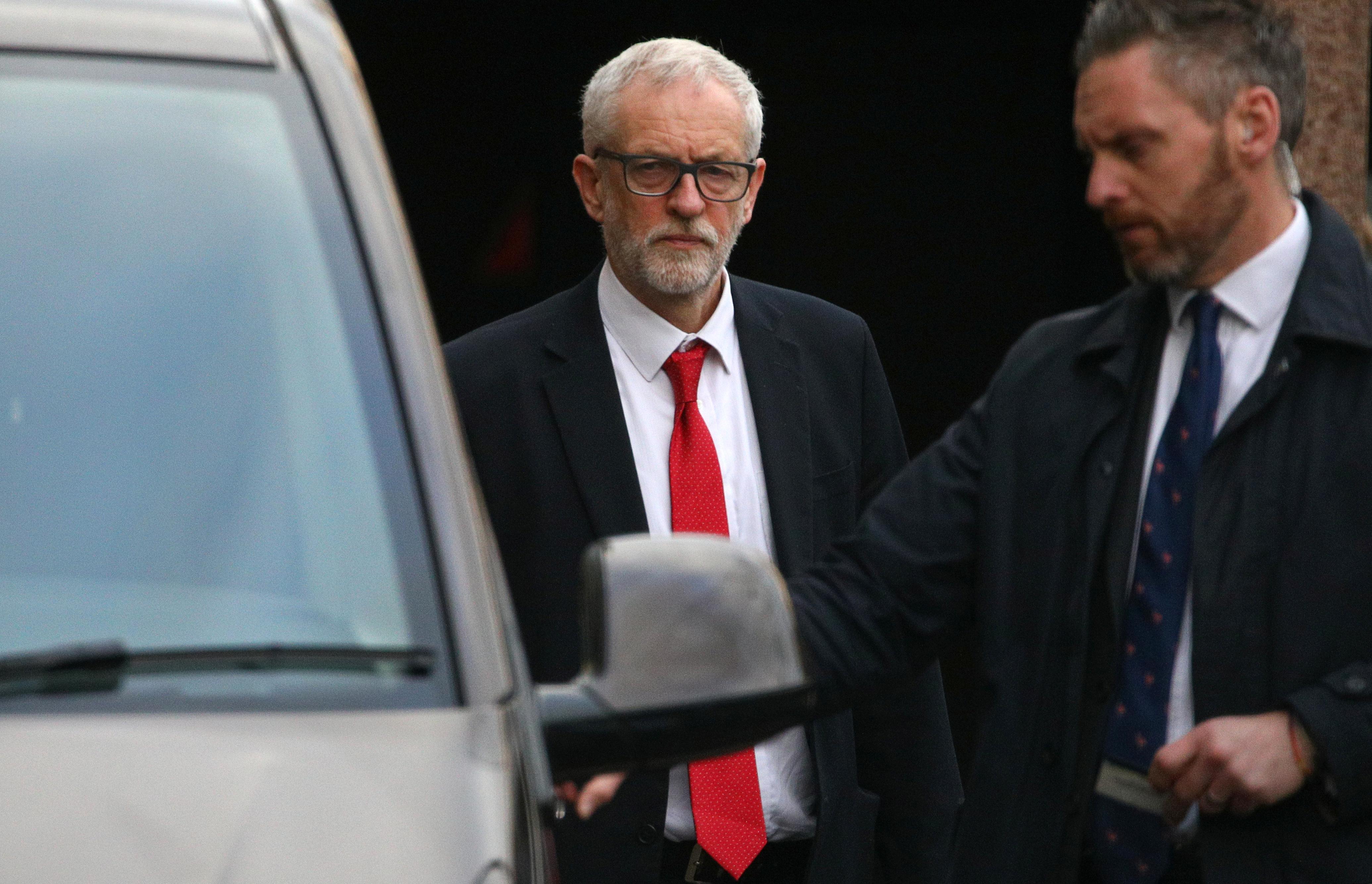 What would a UK Conservative majority government do? reut.rs/2Pe0X8P