Germany national Hans-Olaf Henkel, a founder member of the far-right Alternative for Germany (AfD) party who now sits with the European Conservatives and Reformers in the European Parliament, was involved in a bitter war of words with Jean-Claude Juncker earlier this week in which he accused the Luxembourgish European Commission President of seeking to deflect the blame for Brexit on to former UK Prime Minister David Cameron. He told Express.co.uk: “There are pretty strong forces which wanted Britain to go out of the EU. “It was always the fact that Britain was opposed to what they wanted, ie a sort of United States of Europe.”

He added: “Many of the French establishment want to get rid of Britain. In fact, they never wanted Britain to join in the first place.

“When Mr Barnier was appointed to the role of chief negotiator, I knew that the French Government was behind that because they wanted Britain to leave.

“It was Barnier who suggested that before the British talked about a trade agreement, they should come up with a solution for the Irish border. 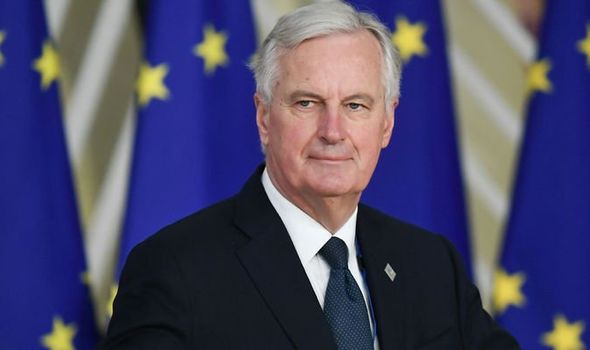 Essentially it was a precisely a Catch-22 situation

“The British then discovered it that they could not come up with an agreement for the border without knowing what the trade agreement would be.

“Essentially it was a precisely a Catch-22 situation.

“From the beginning I was very sceptical about how this would work – how can we come up with a border agreement without knowing what the trade arrangements would be? 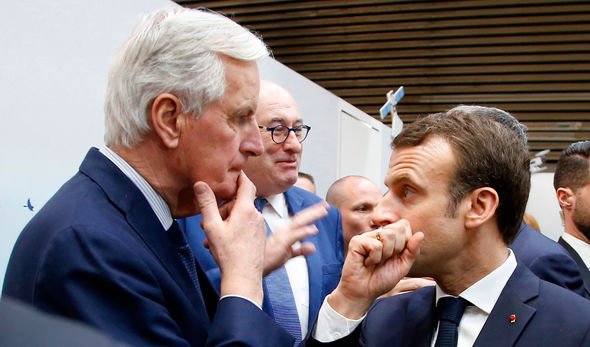 Mr Henkel said broadly speaking, the EU was split into two distinct camps, the first, dominated by France, hostile to British interests, and the second, led by Germany and Chancellor Angela Merkel, much more keen to be accommodating.

He said: “If you listen to Mr Barnier on one hand and Donald Tusk on the other, there is a clear difference.

“Tusk and Merkel wanted to keep Britain in the EU – they never wanted them to leave.”

As for Brexit itself, Mr Henkel suggested Mrs May and Labour leader Jeremy Corbyn needed to work out a compromise deal which should then be ratified by the public – in other words, a second referendum. 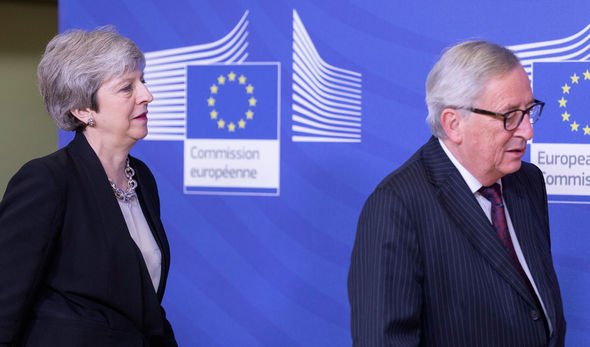 He said: “I know that isn’t popular with some sections of the British people but I think it would be sensible.

“The thing is, Brexit is all our business because the Union has suffered as a result of this.”

Mr Henkel said he had clashed with Mr Juncker in the European Parliament in Brussels earlier this week after the latter accused Mr Cameron of being “one of the great destroyers of modern times”.

He said: “I asked Mr Juncker whether he really wanted to say that considering all the other, real ‘destroyers of modern times’.”

Biden to roll up at funeral in £1.3m ‘The Beast’ limo with an oil slick button