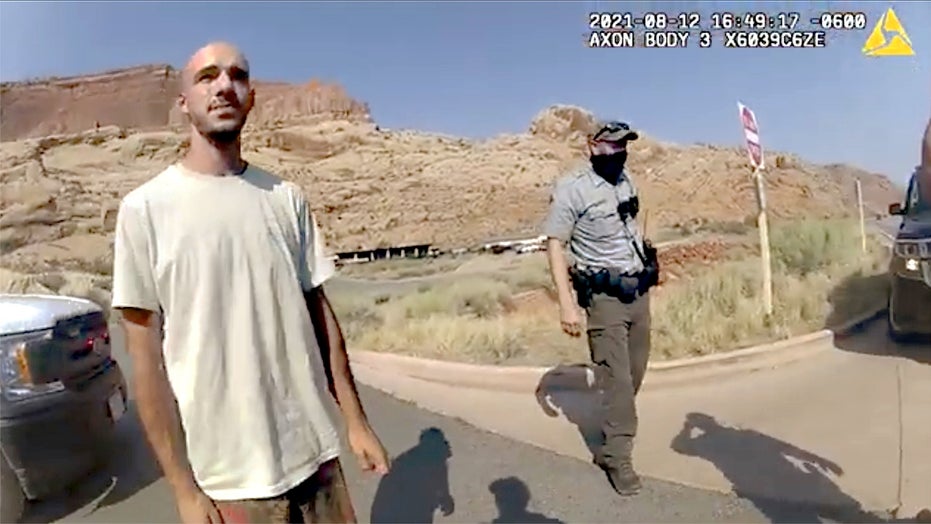 NORTH PORT, Fla. – Brian Laundrie’s mom Roberta did check in to a Florida park about 75 miles north of the family’s home earlier this month, records obtained by Fox News show.

Laundrie, 23, vanished on Sept. 14 – although his parents didn’t say anything until three days later. His 22-year-old fiancée Gabby Petito was found dead in Wyoming on Sept. 19 – weeks after the couple was seen camping near the site of her remains. The coroner later ruled her death a homicide.

Duane “Dog” Chapman, also known as Dog the Bounty Hunter, announced Saturday he was entering the search for Laundrie, and tips quickly poured in. He told Fox News he received a heads-up on Monday that Laundrie’s parents spent the night in Fort De Soto Park with their son twice in early September from Sept. 1 to 3 and Sept. 6 to 8.

The documents confirm Chapman’s suspicion that the Laundries went camping at the Fort De Soto Park outside St. Petersburg between his return from out West on Sept. 1 and the day Petito’s mother reported her missing, Sept. 11. They show the family checked in on Sept. 6 and out on Sept. 8 – but there’s no record on the document of them the week prior.

“I will no longer give that dog credibility or dignify his false claims with the time of my reply,” Steven Bertolino, Laundrie’s attorney, told Fox News. However he admitted told local media that the family camped out on Sept. 6 and 7 and that “they all left the park.” 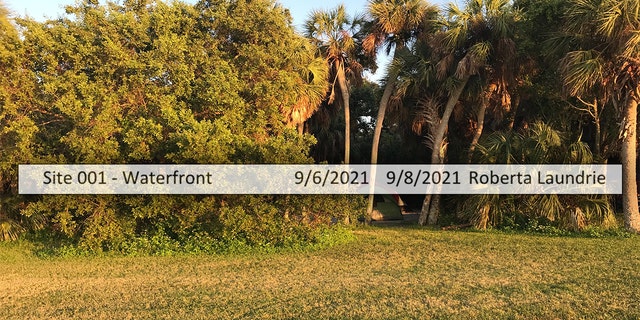 The documents show the checkout was actually recorded on Sept. 8 – three days before Petito officially became a missing person.

Thomas Rutherford, , another camper whos name appeared on the ledger, and his wife were celebrating their anniversary at the campground, three spots down from the Laundries, he told Fox News.

He could “vaguely remember” seeing their truck and camper because he and his wife rarely see campers attached to vehicles anymore. Other than that, he had no interaction with the family. 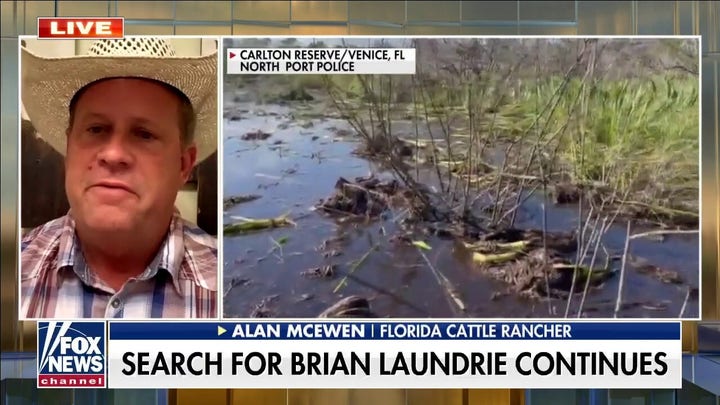 Chapman on Tuesday questioned why the family would go camping when Petito, who lived with them, was nowhere to be found. Neighbors had also raised concerns about the camping trip.

Online sleuths reported that a law enforcement helicopter flew over the area of the campground overnight. However a Pinellas County sheriff spokesperson told Fox News the department was not conducting an investigation at Fort De Soto.

Laundrie and Petito embarked on a cross-country journey in mid-June in a converted white Ford Transit van with the plan to visit national parks along the way. They had begun dating years earlier after meeting at their local Long Island, N.Y. high school and had moved to North Port, Florida, to live with Laundrie’s parents.

Laundrie was subsequently named a person of interest in Petito’s disappearance, and on Thursday, the FBI issued an arrest warrant for bank card fraud. Authorities alleged he used someone’s Capital One Bank card and the personal identification number during the time when Petito was missing. Neither investigators nor a spokesperson for Petito’s family have said whether the card belonged to Petito.

Fox News recently obtained the missing persons’ report for Petito, in which her mother, Nichole Schmidt, stated that her daughter was last seen at 7 a.m. on Aug. 30 at Grand Teton National Park. Schmidt wrote in the report that her Long Island home was a “probable destination.”

But she never left Wyoming.