Former DC homicide detective Ted Williams breaks down the evidence the FBI has to turn Brian Laundrie from a ‘person of interest’ to a suspect in Gabby Petito’s strangulation.

NORTH PORT, Fla. – Dr. Ann Wolbert Burgess, who pioneered the FBI’s Behavioral Science Unit, says the argument between fugitive Brian Laundrie and Gabby Petito that witnesses observed at a Wyoming restaurant on Aug. 27 may be the key to Petito’s tragic fate.

“The restaurant incident … is the second and most important,” Burgess, author of the forthcoming book “A Killer by Design: Murders, Mindhunters, and My Quest to Decipher the Criminal,” told Fox News Digital of two events prior to Petito’s death that she said raised red flags.

The forensic nurse said the other significant incident, indicative of serious problems in their relationship and danger in Laundrie’s actions, was the domestic dispute called in on Aug. 12 in Moab, Utah. 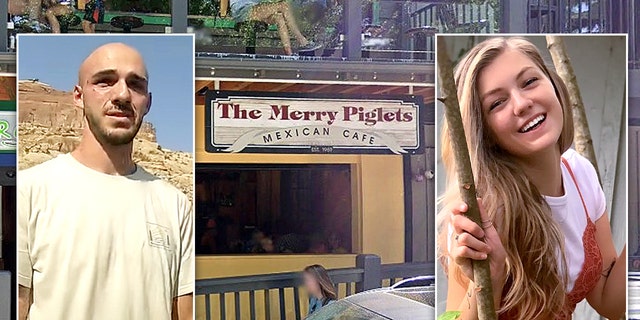 “How she has to apologize for his behavior is something that’s kind of characteristic, and this probably enrages him even more because he wants to appear in a certain way,” Burgess said of the incident at the restaurant.

Angelo, a photographer, said in September that she couldn’t overhear the conversation between Petito and Laundrie at the restaurant but believed Laundrie was arguing with staff over the bill or about money. She described his body language as “aggressive” and said he left and returned about four times.

At one point, Petito came inside and apologized for Laundrie’s behavior, according to Angelo.

The restaurant incident, Burgess said, was “on the day or very close to the day that she is murdered,” Burgess said.

Teton County Coroner Brent Blue on Tuesday announced Petito’s cause of death as strangulation and said she likely died three to four weeks before her remains were discovered on Sept. 19, could put her date of death between Aug. 27 and Aug. 30.

On Sept. 23, the FBI issued an arrest warrant for Laundrie, accusing him of bank card fraud. Authorities alleged at the time that he used an unidentified person’s Capital One card and the personal identification number to charge or withdraw over $1,000 between Aug. 30 and Sept. 1, a period when Petito was missing.