A scorching 2,000-mile wide African air plume will blast Brits with hot days and muggy nights in the coming days as temperatures skyrocket.

The heatwave will spark dramatic thunder and lightning early this week as torrential rain looks set to soak the start of Glastonbury.

But then the scorcher will run into overdrive at the weekend, the Met Office warns, as temperatures soar back into the mid-30s by Friday – making for near unbearable conditions.

And some forecasters are warning that by Saturday afternoon, parts of Britain – including London – could “feel like” 44C in the heat, humidity and hot winds.

A spokesman for Net Weather told Daily Star Online that Brits will have to brace for “really oppressive” conditions, with 30C+ even forecasted at night time. 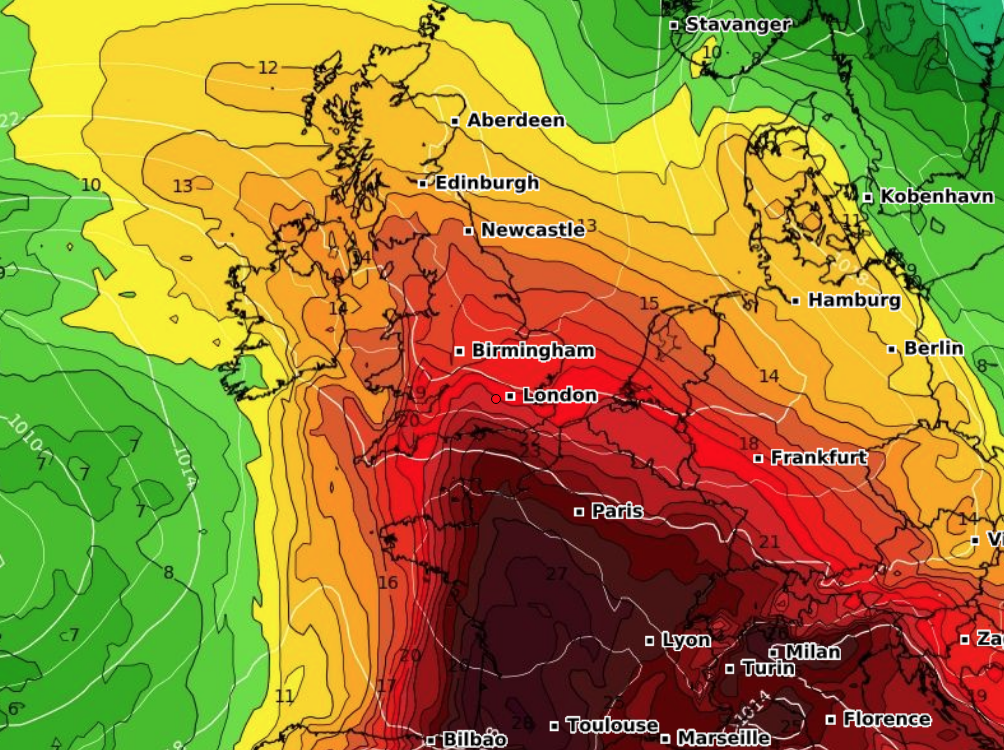 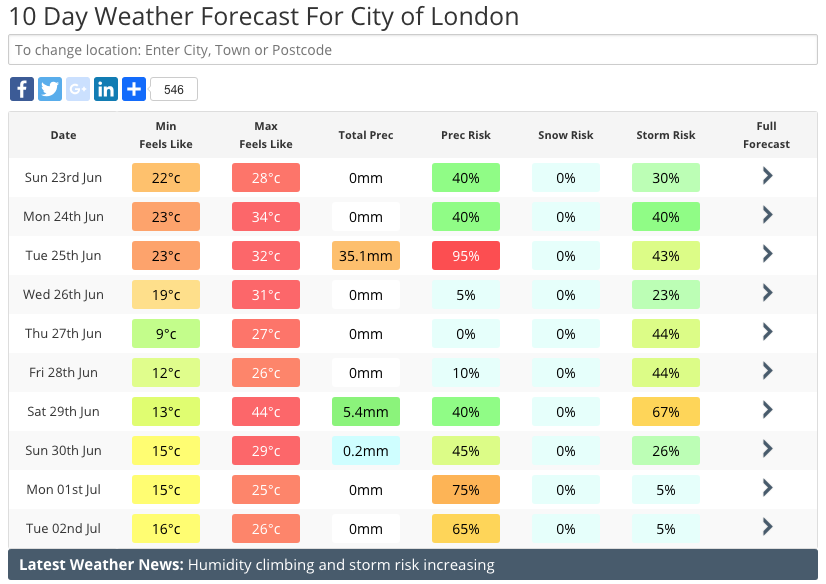 “At the moment it looks as though the heat index, which is a measure of how it feels rather than actual temperatures, could approach 38C (100F).”

According to the National Oceanic and Atmospheric Administration, the term “feel like” is measured with humidity and the actual air temperature.

When contacted by the Daily Star Online, the Met Office told us that “very muggy” nights are forecasted for later this week, and that the weekend will be “hot for June”. 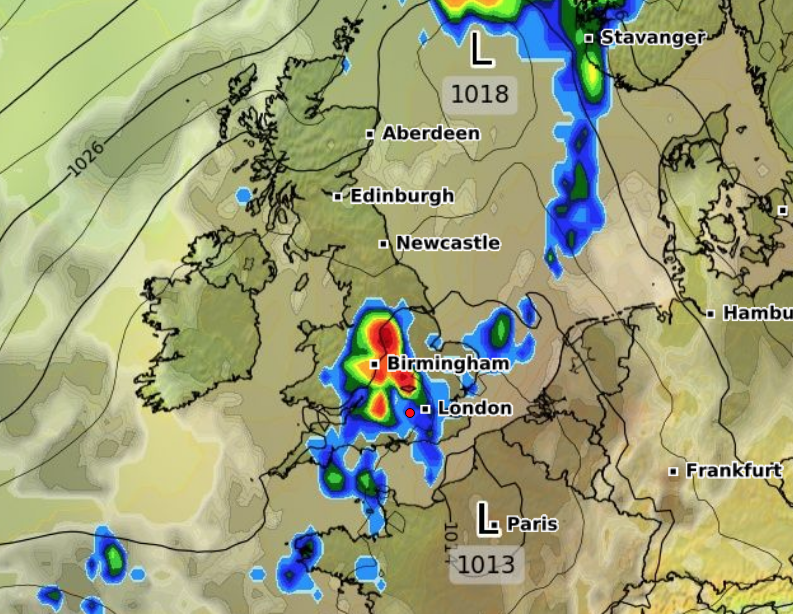 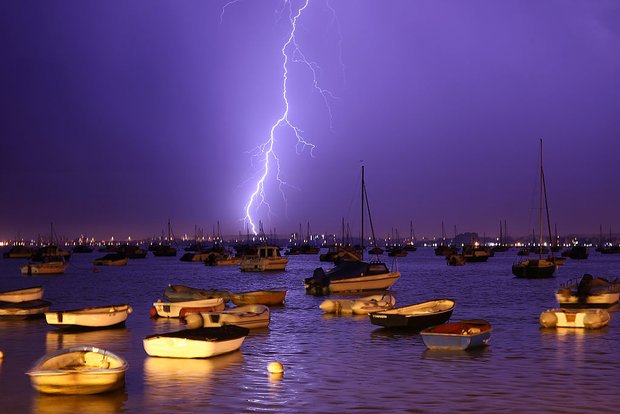 But the government weather service’s senior meteorologist Simon Partridge added that it won’t feel quite as hot as 44C.

He told us it will feel more like 32C and that at night it will “be very muggy with high humidity (70-80%)” and overnight temperatures nearing 20C.

He added: “Next weekend will start hot and sunny for many, especially in the west and southwest where temperatures will likely reach the low 30’s Celsius.

“It will be cooler along North Sea coasts with low cloud and mist likely. Fresher conditions will then spread east into the new working week with some showery rain preceding them. 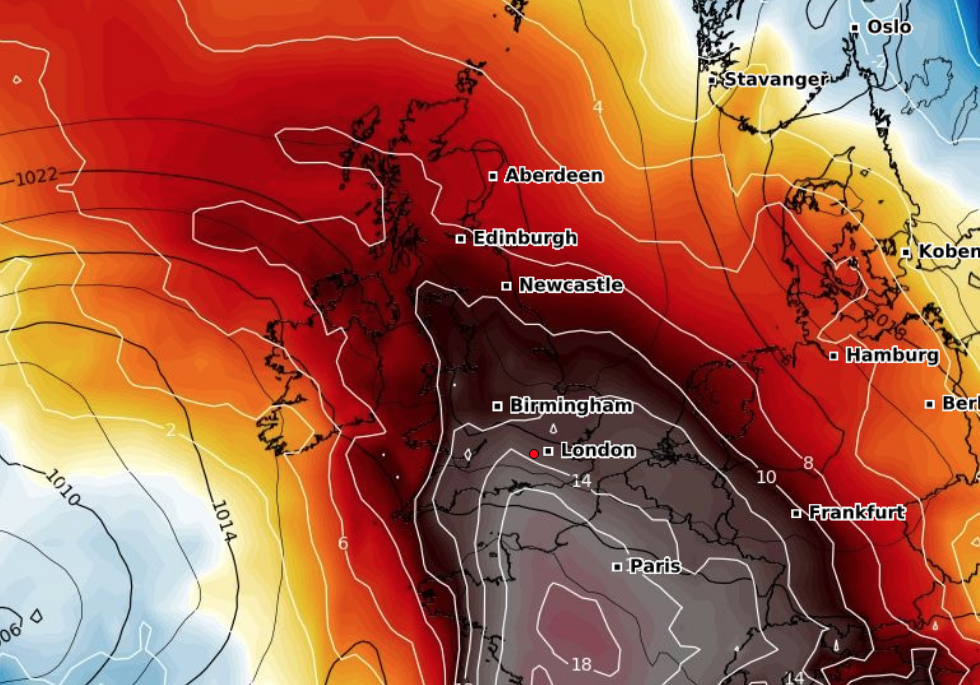 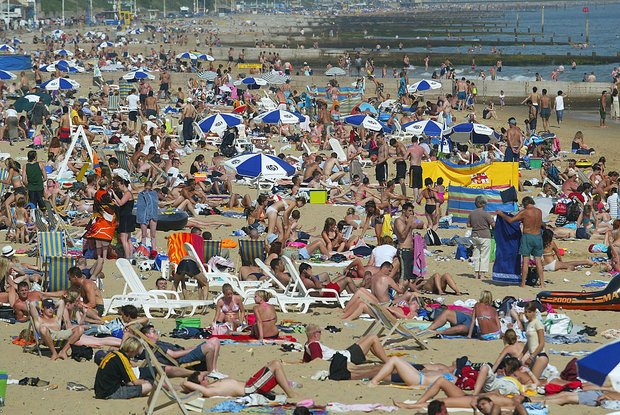 “Timings for the change to fresher conditions are still uncertain at this stage as it is still a week away.”

The forthcoming week’s scorcher could go close to the record for the hottest day ever in the UK, which was set in August 2003 with 38.5C.

The latest forecasts predict between 25C and 35C as the week goes on, but a spike in the heat could see that record broken.

While You Were Sleeping: 5 stories you might have missed, Nov 23

UK must keep its 'eye on the ball' with vaccinations or Covid could come 'roaring back', expert warns