SANDRINGHAM, England (Reuters) – Britain’s Prince Andrew skipped the royals’ traditional Christmas Day walk to church after what his mother Queen Elizabeth said in her seasonal address had been a “bumpy” year.

Andrew has kept a low profile since stepping down from royal duties last month amid outrage over his friendship with convicted sex offender Jeffrey Epstein.

He was filmed walking along a path with his brother Prince Charles to St Mary Magdalene church near the Queen’s estate in Sandringham for a 9 a.m. service.

He did not join other members of the family when they walked to the 11 a.m. service: a staple of the royal calendar.

British media reported Andrew made a personal decision to miss the main service and instead stay in the house with his father Prince Philip. Buckingham Palace declined to comment.

Philip, 98, whose title is the Duke of Edinburgh, left a London hospital just in time for Christmas after treatment for what Buckingham Palace described as a pre-existing condition..

The queen attended both services, Sky News and other media reported. Dressed in a bright red outfit, she arrived in a car accompanied by her daughter-in-law Camilla, the wife of Prince Charles, for the 11 a.m. service.

Later on Wednesday, the 93-year-old queen stressed in her Christmas address the importance of reconciliation after a turbulent year both for the royals and for Britain as it wrestled with divisions over Brexit.

“The path, of course, is not always smooth, and may at times this year have felt quite bumpy, but small steps can make a world of difference,” she said in the message filmed at Windsor Castle.

This year, as well as Andrew’s entanglement in the Epstein furor, the queen’s husband received a police warning over a car crash, while her grandsons Princes William and Harry publicly fell out.

Andrew has denied an accusation by a woman who said she was trafficked by Epstein and forced to have sex with his friends, including the prince, when she was 17.

Epstein, who had been charged with trafficking dozens of underage girls, committed suicide in jail in August. 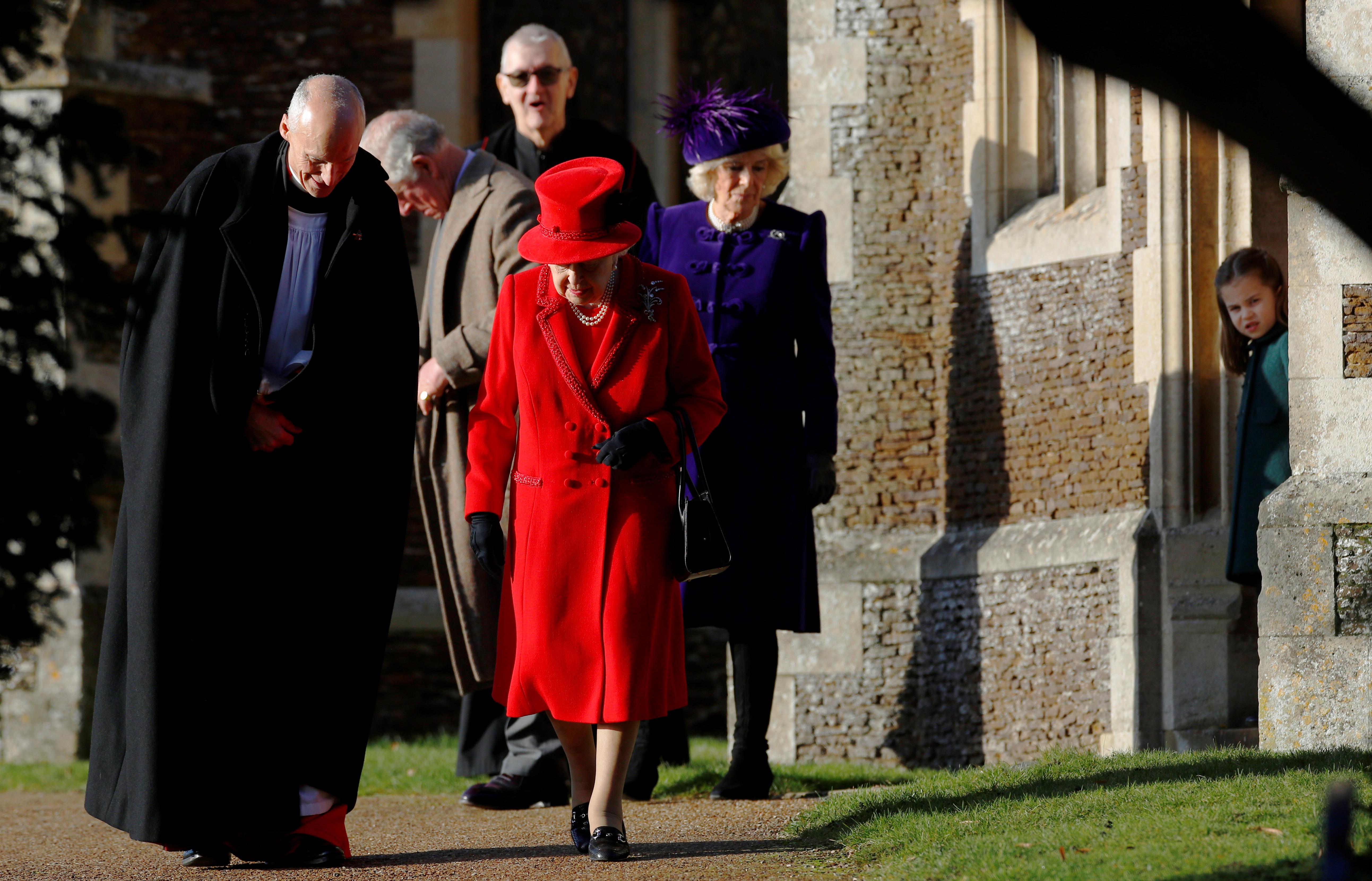 Charles’ elder son Prince William was present with his wife Kate and two of their children: Prince George and Princess Charlotte.

After the service, the four stopped to talk to crowds near the church. George, 6, and Charlotte, 4, who attended the Christmas Day service for the first time, received gifts from well-wishers.