Revealed: The 25 boroughs with the largest number of high earners (and only two are outside the south-east)

The top 25 boroughs in Britain where the country’s biggest earners live were revealed today with Kensington and Chelsea topping the pile.

London boroughs of Westminster, Wandsworth, Camden and Hammersmith and Fulham complete the top five in the study of those paid more than £150,000 a year.

The only two entries outside of the capital and its surrounding towns in the top 25 were Edinburgh and the ‘footballers’ wives’ territory of Cheshire East. 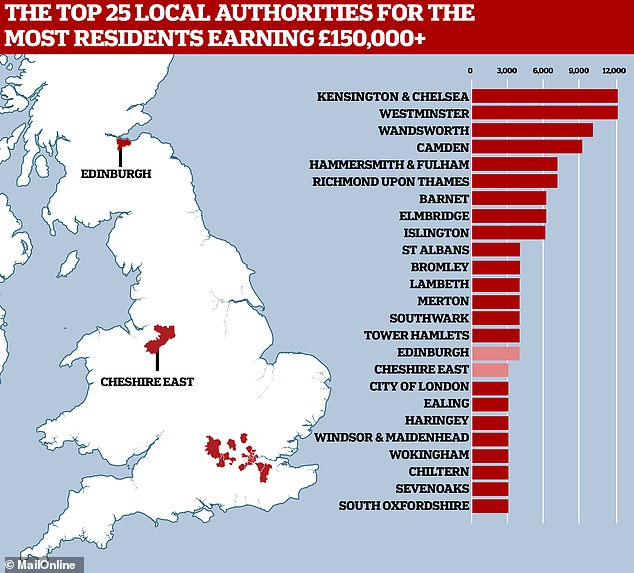 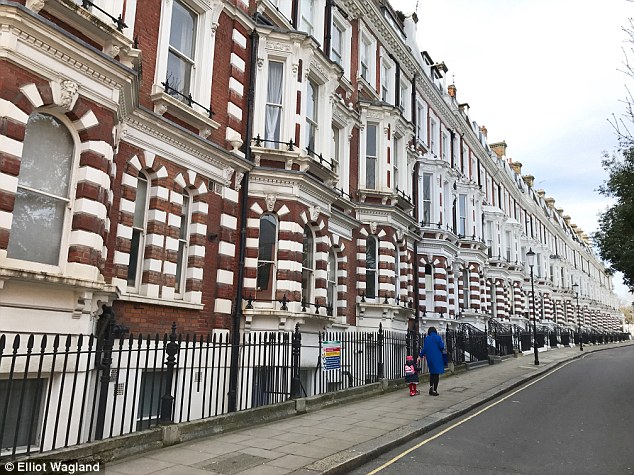 The ‘Golden Triangle’ in the North West is made up of several affluent towns near Manchester such as Alderley Edge and Wimslow where Premier League stars live.

London is now home to 38 per cent of the UK’s high earners, according to the study of HM Revenue and Customs data by personal finance website easyMoney.

The study also found Wandsworth was in a surprise third place out of 391 areas in Britain, after establishing itself as a home for investment bankers and lawyers.

The area is also said to be attracting an increasing number of celebrities such as chef Gordon Ramsey, comedian Marcus Brigstocke and model Imogen Thomas.

Elmbridge in Surrey, dubbed ‘Britain’s Beverly Hills’, ties with Wokingham in Berkshire as the area outside London with the highest number of people earning over £150,000 a year, with 6,000. It is home to the likes of singer Sir Elton John, former footballer Gary Lineker and tennis star Sir Andy Murray.

Northern Ireland, Scotland and Wales combined make up just 4 per cent of the total number of high earners, with 9,800 high earners across the three nations.

The study was issued by easyMoney as it said that high earners are increasingly looking for tax efficient ways to save given that the lifetime allowance for pensions saving is now £1.03million.

The lifetime allowance is a limit set on the amount of money a saver can save into their pension pot before incurring extra tax charges.

The firm said high earners could look at Ifisas (Innovative Finance Individual Savings Accounts) and ISAs which have a tax-free allowance of £20,000 a year.

Andrew de Candole, chief executive of easyMoney, said: ‘With well over 300,000 people now earning over £150,000 a year the cap on pensions saving is becoming a bigger problem.

‘The tax charge when you break through the lifetime allowance can be very punitive.’

‘If you are nearing the annual pension contribution allowance or your lifetime allowance you ought to be looking at also maximising your IFISA allowance.’

Cat attacks a Staffordshire Bull Terrier and its owner