British couples are being kept apart by a backlog of UK visa applications, with the Home Office admitting it is concentrating on Ukrainian applications instead.

More than 150 people are said to be affected by the disruption, with no idea of how long the delays might be.

BBC News says it has been contacted by a number of British couples, amid complaints of some applications taking twice the usual processing time of three months.

It comes against a backdrop of huge delays to passport applications, with officials dealing with a backlog of more than 500,000 cases.

The BBC says British citizen Deon Barnard and his wife Heather, who both grew up in South Africa, applied for a visa on December 23, with Mr Barnard moving to London to start a new job.

‘On about March 26, we got a letter from the [Home Office] that, due to the humanitarian crisis in Ukraine, visa applications were now paused.

‘And there was no information, no date, no expectations set, nothing – that was just the end of the story. And we’ve been waiting ever since.’ 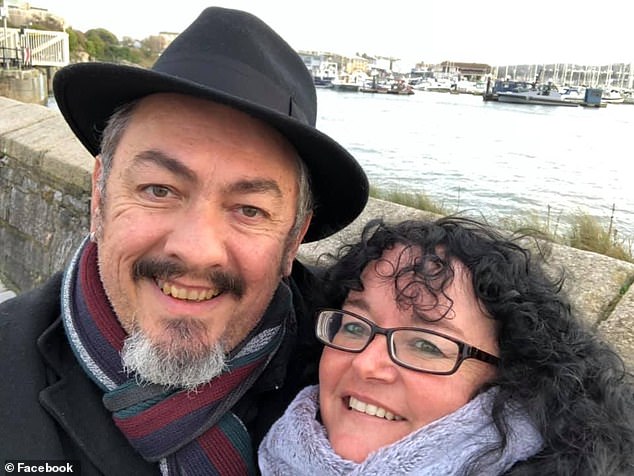 British citizen Deon Barnard and his wife Heather, who both grew up in South Africa, have run into problems after applying for a visa 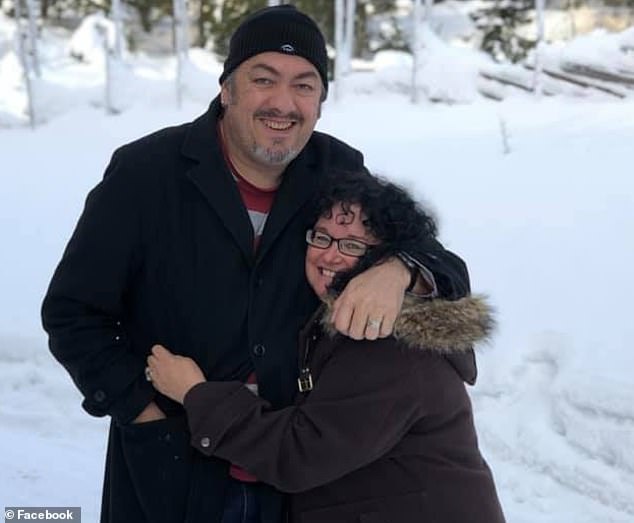 The couple were told that, due to the humanitarian crisis in Ukraine, visa applications were now paused

A Home Office official told the BBC: ‘We are prioritising Ukraine Family Scheme and Homes for Ukraine applications in response to the humanitarian crisis caused by [Russian President Vladimir] Putin’s barbaric invasion of Ukraine, so applications for study, work and family visas have taken longer to process.

‘We are working at pace to ensure these are issued as quickly as possible.’

It comes as the Government looks set to face legal action over ‘unreasonable’ delays in the Homes for Ukraine scheme.

Would-be hosts have sent a legal letter to the Home Office over ‘unexpected, unexplained and unreasonable’ delays in processing hundreds of visa applications made in March.

They suggest either the Home Office may be prioritising more recent, simpler applications to ‘boost’ the numbers, and then ‘boast’ about these, or that the policy is ‘just so incoherent and disorganised’ that there is no pretence of processing claims chronologically.

Other areas of concern include MPs being told visas in certain cases have been granted when this is not the case, and sponsors being told cases will be expedited when they have not been.

They also say there are cases where visas and permission-to-travel letters have been granted, but refugees have not been informed or the documents have not been sent or made available to collect.

On Friday the groups Vigil 4 Visas and Taking Action Over The Homes For Ukraine Visa Delays sent a pre-action letter informing the Home Office and Government Legal Department they may apply for a judicial review of the policies.

When the legal action was initially announced earlier last week, the Government said it had streamlined the visa system, simplified forms and boosted staff numbers, and it is now ‘processing visas as quickly as they come in’.

The groups have requested a response by 4pm on Tuesday.

The chaos over visa applications comes after holidaymakers were recently warned they face a wait of up to 10 weeks to get their new passports, sparking fears some may miss out on their trips and lose their money. 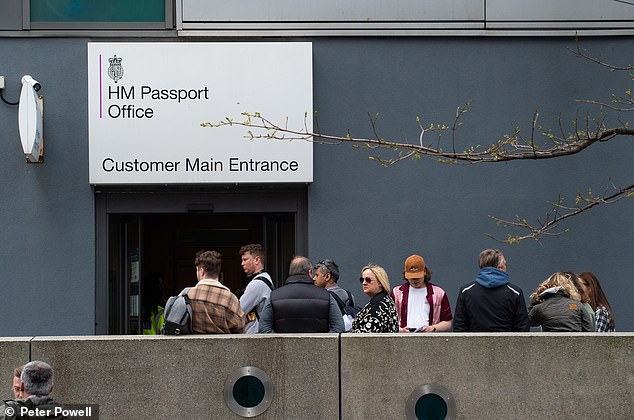 Holidaymakers are being warned they face up to a 10 week wait to get their new passports, sparking fears some may miss out on their trips and lose their money. Pictured: Long queues outside HM Passport Office in Liverpool last month

The issue is being blamed on a wave of people rushing to renew their passports following the lifting of the UK’s Covid travel rules.

Officials say five million Britons have delayed renewing their passports because of the restrictions.

Post-Brexit travel rules from the EU have complicated matters further as they require travelling Britons to have at least three months validity remaining when travelling to EU member nations.

The Passport Office is also reportedly suffering a staffing crisis, with unions claiming officials had wanted to sign up 1,700 new staff to help deal with the increase in demand.

Home Office minister Kevin Foster said the Government had managed to recruit 500 new staff to tackle the backlog and said he was ‘confident’ the 10-week target for passports would not be extended further.

But the ‘shambles’ has left holidaymakers who have recently applied to renew their passport fearing they will lose out on their upcoming holidays.

Delays in processing passport applications are ‘really disappointing’, the boss of Heathrow Airport has said.

Chief executive John Holland-Kaye said it is ‘vital’ that people can go on holiday this summer in case the UK reintroduces coronavirus travel restrictions.

It emerged on Monday that the Passport Office is dealing with a backlog in applications.

‘If it’s not resolved, it is going to mean that people can’t get away.

‘After two years of lockdown, we need to make sure people can have a good holiday because many of them have vouchers that they’ve been saving up, they’ve got trips of a lifetime that they’ve put on hold, and we don’t know when things might get closed down again.

‘Making the most of the summer is vital.’

The House of Commons heard about one woman who has waited more than five months to receive her daughter’s new passport, with services branded ‘either really very good or an absolute shambles’.

SNP home affairs spokesman Stuart McDonald asked: ‘All our constituents are having to cancel holidays, miss funerals, rearrange visits, with even a new 10-week target routinely being failed.

‘What will be done to avoid this predictable mess getting worse? And can we be assured that the 10-week target will not be lengthened further as we approach the summer?’

Home Office minister Kevin Foster said: ‘We don’t have any intention to further extend that standard.

‘We are at the moment processing most passports well within it, but we would advise people this is a very, virtually unprecedented surge in demand, and if people are planning to travel this summer we would advise them to get their application in as soon as possible.’

He said the Passport Office dealt with a million applications last month, compared with seven million per year before the pandemic.