LONDON (Reuters) – British lawmakers on Wednesday rejected leaving the European Union without a deal in any scenario, paving the way for a vote to delay Brexit to seek a way out of the country’s worst political crisis in generations. 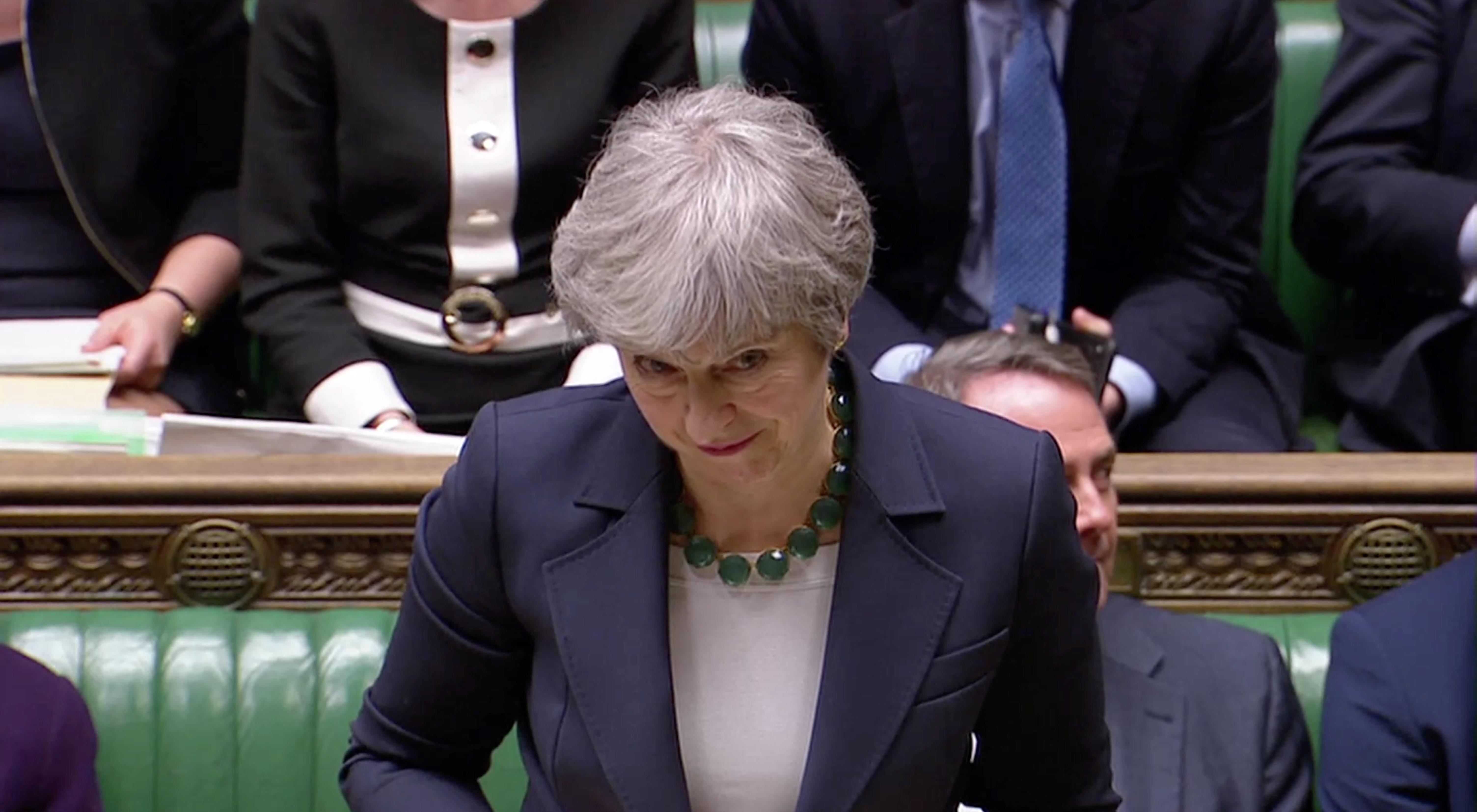 Lawmakers voted by 321 to 278 in favor of a motion that ruled out a potentially disorderly ‘no-deal’ Brexit under any circumstances.

While the approved motion has no legal force and ultimately may not prevent a no-deal exit after a possible delay, it carries considerable political force, especially as it demonstrated a substantial rebellion by members of May’s own party.

After two-and-a-half years of negotiations and two failed attempts to pass a Brexit deal proposed by May, the vote against a no-deal exit still leaves undecided how, when and on what terms Britain will leave the club it joined in 1973.

After lawmakers crushed her deal for a second time on Tuesday, May said it was still the best option for leaving in an orderly fashion.

The pound spiked to the day’s high and was headed for its biggest daily gain in 2019.

As the United Kingdom’s three-year Brexit crisis spins toward its finale, diplomats and investors see four main options: a delay, May’s deal passing at the last minute, an accidental no-deal exit or another referendum.

If Britain does seek a delay, it will require the agreement of all the bloc’s other 27 members.

The EU would prefer only a short extension, with the deadline of EU-wide parliamentary elections due May 24-26, although it is unclear that this would be long enough to solve the impasse in London.

EU Brexit negotiator Michel Barnier said the bloc would need to know why Britain wanted to extend talks and that it was up to London to find a way out of the deadlock. The EU said there could be no more negotiations on the divorce terms.

As Brexit uncertainty spills into financial markets across the world, investment banks such as Goldman Sachs and JPMorgan are offering different probabilities on the outcomes.

“We continue to see a 55 percent chance that a close variant of the prime minister’s Brexit deal is eventually ratified, after a three-month extension of Article 50,” Goldman said. It gave a reversal of Brexit a 35 percent probability and a no-deal Brexit 10 percent. 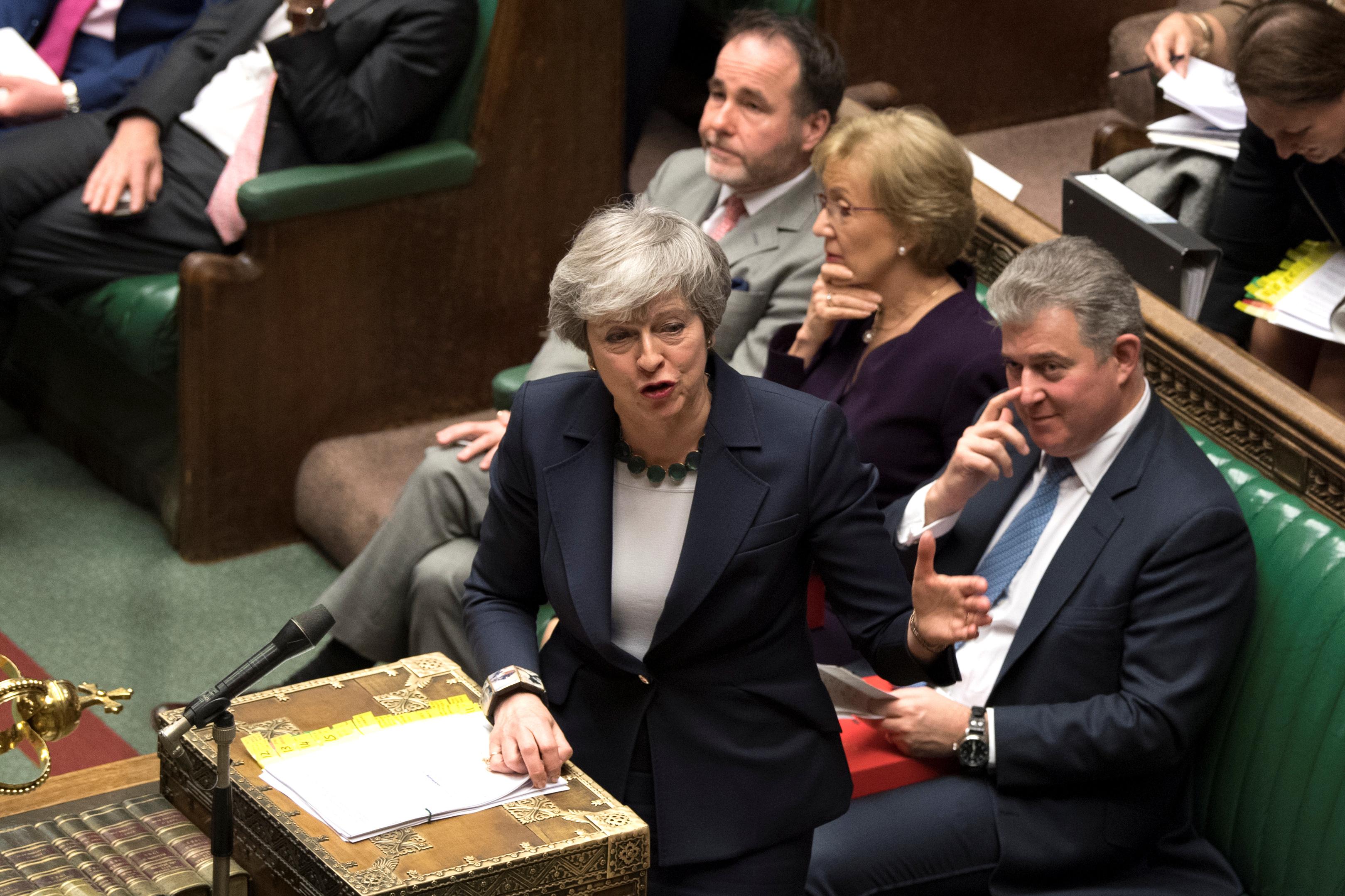 Britons voted by 52-48 percent in 2016 to leave the bloc, a decision that has split the main political parties and exposed deep rifts in British society.

May’s deal covers such things as citizens’ rights, the status of the Irish border and Britain’s divorce bill from the EU. It takes Britain out of the EU single market and customs union, common fisheries and farm policies and the jurisdiction of the European Court of Justice. It also offers a status-quo transition period in which to negotiate trade arrangements.

Under a no-deal exit, there would be no transition period to soften the disruption to trade and regulations. Britain would quit the EU’s 500 million-strong single market and customs union and fall back on World Trade Organisation rules, which could mean tariffs on many imports and exports.