British woman plunges to her death in a crevice in front of her climbing companion as they attempted to scale 13,600ft Moroccan mountain ‘without a tour guide’

A British woman plunged to her death in a crevice in front of her climbing companion last week as they attempted to scale a 13,600ft mountain in Morocco.

The pair were climbing Mount Toubkal, North Africa’s highest peak, on October 25 when the incident occurred, according to local media.

Reports said the pair had chosen not to hire a guide, and that the woman fell ‘into a hole’ near the top of the mountain. She was seriously injured and died immediately, sources were quoted as saying. 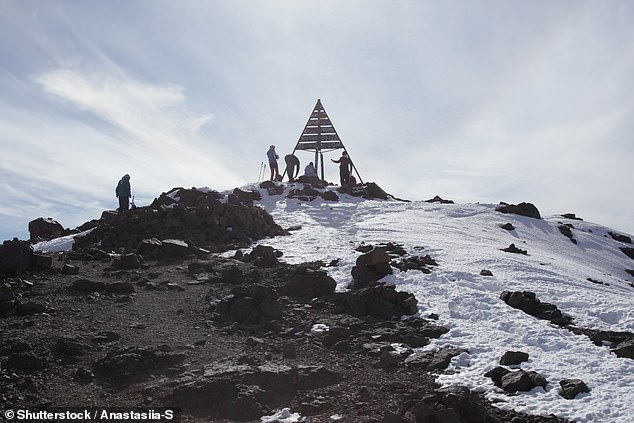 A British woman plunged to her death in a crevice in front of her climbing companion last week as they attempted to scale a 13,600ft mountain in Morocco. Pictured: The peak of Mount Toubkal, North Africa’s highest peak, near the site where the woman fell

The woman, who is yet to be identified, fell in an area of the mountain called ‘Aslghi’ near ‘Tizi’ – one of the tallest points of the mountain and where climbers will often pose for photographs having reached the summit.

Emergency responders from the country’s Royal Gendarmerie, Civil Protection and the local authority were sent to the scene to transport the woman’s body from the mountain and to investigate the circumstances of the incident, reports said.

The pair of climbers had set off from Al Rovij to embark on their climb up the mountain. Local reports said they chose not to employ a guide for the journey to the summit, which usually takes hikers two days, according to information online.

Mount Toubkal, found in southwestern Morocco and 40 miles south of Marrakesh, is the highest peak in the Atlast Mountains, Morocco, and all of North Africa.

It is a popular climb among backpackers, and is also a good destination for skiers.

Despite its height, it is considered a relatively simple climb, with guides – who also carry equipment and food supplies – available to tourists to hire.

Moroccan news site ‘Our Moroccan News’ said the British woman fell into a hole – presumed to be a crevice – ‘under a mountainous height’ near the mountain’s peak. 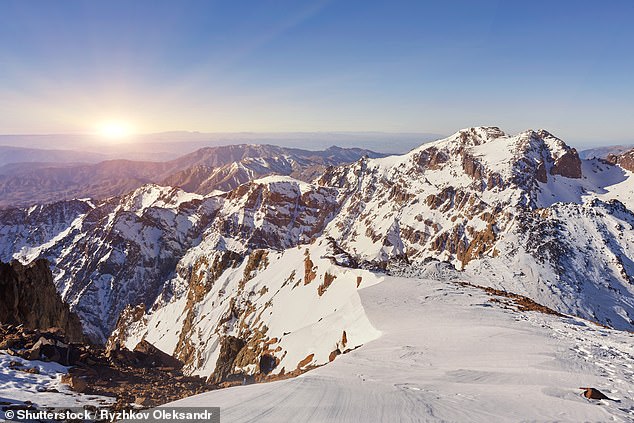 Pictured: A view from the top of Mount Toubkal, where the British woman fell to her death. Mount Toubkal, found in southwestern Morocco and 40 miles south of Marrakesh, is the highest peak in the Atlast Mountains, Morocco, and all of North Africa 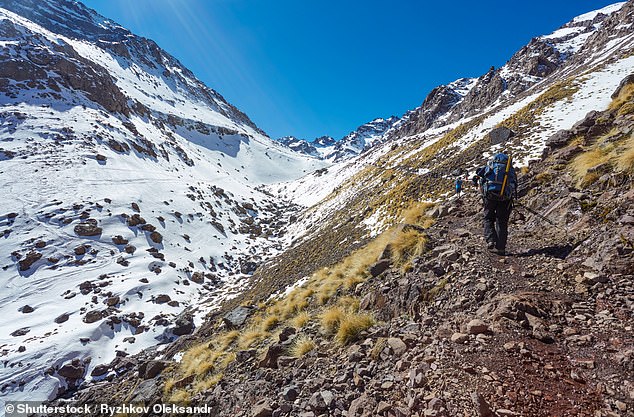 Pictured: A backpacker is seen hiking a trail leading to the top of Mount Toubkal 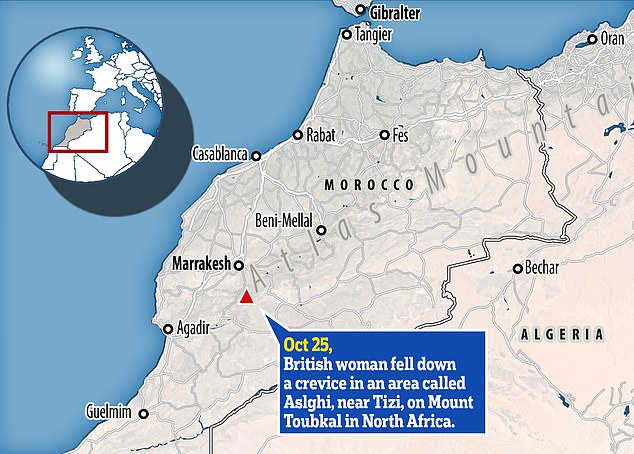 The report said the guides ‘know the mysteries of the area and the dangers’ of the mountain, implying they would have stopped the woman from going near the area where she fell to her death.

MailOnline has contacted the British Foreign Office for comment. Local reports said an investigation had been launched by public prosecutors into the Brit’s death.

The mountain has been the setting for previous tragic events in recent years.

In 2016, a British teenager named Connor Jarvis fell to his death while trekking through the Atlas Mountains. His body was found on Mount Toubkal on June 4, 2016 – 12 days after he set off on a hike.

His parents John and Sian said they advised their son to book a local tour guide for his trek and ‘not to wander off on his own’.

But they said Connor became ‘over-confident’ after downloading an online guide to solo trekking, Avon Coroner’s Court heard during a 2019 inquest into his death.

At the time, they said: ‘We all miss Connor so much, our lives will never be the same, and we have done all we can to try to make sure that such a tragedy doesn’t happen again on Mount Toubkal.’ 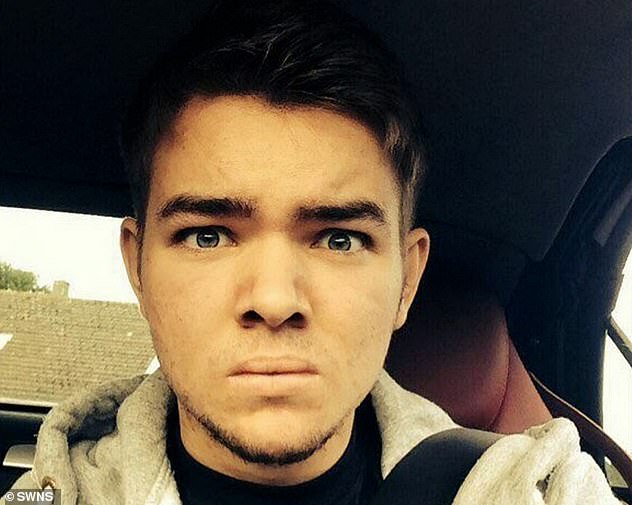 Connor Jarvis, from Somerset, died after trying to trek through the Atlas Mountains on his own 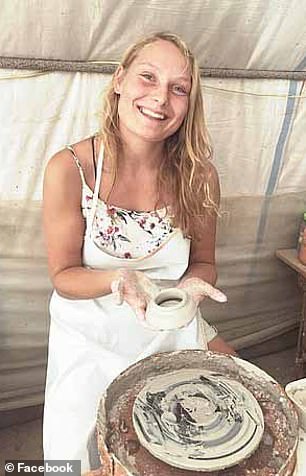 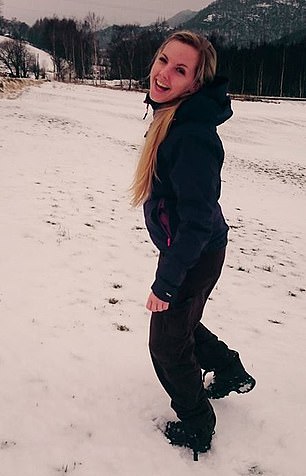 Two years after Mr Jarvis’s death, two Scandinavian women were found to have been beheaded in the region.

Maren Ueland, 28, from Norway, and Louisa Vesterager Jespersen, 24, from Denmark, were found dead near the village of Imlil in Morocco’s High Atlas mountains.

ISIS terrorists were suspected of murdering the young women. A video showing the murder of one of the women has been recognised as genuine, the PET Danish intelligence service said at the time, and that the killings can be connected to ISIS.

One suspect later admitted to beheading the women. 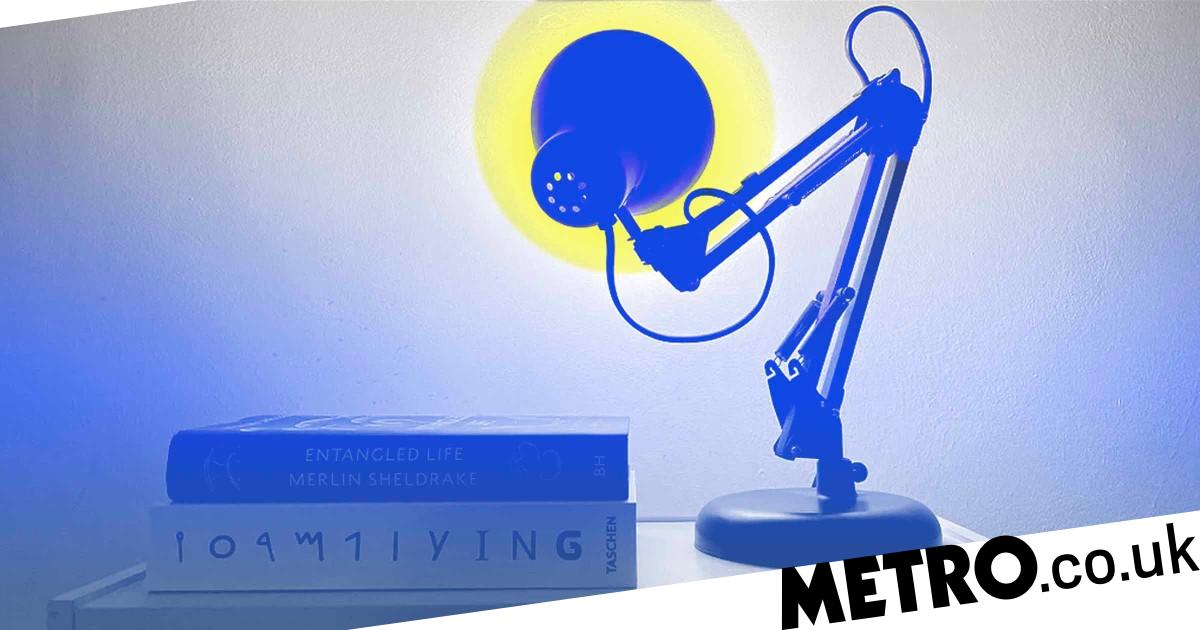 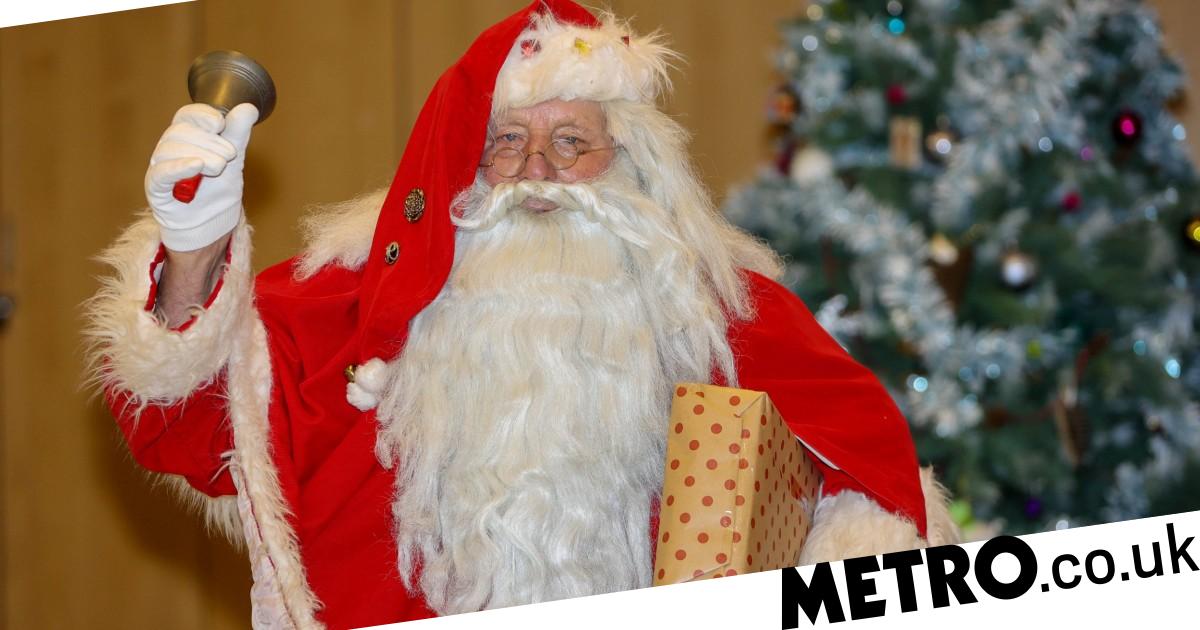