Baker Mayfield is no longer be a Cleveland Brown.

Mayfield is being traded to the Carolina Panthers for a 2024 fifth-round draft pick that can improve with play markers, league sources confirmed to Yahoo Sports on Wednesday. Cleveland will also eat $10.5 million as part of the salary split, with Carolina paying $5 million and Mayfield cutting approximately $3.5 million off his salary.

The Panthers and Browns later confirmed the trade.

This ends a contentious rift between Mayfield and the Browns following their pursuit of Deshaun Watson earlier this offseason. Mayfield now becomes Carolina’s presumed replacement for Sam Darnold.

The move officially solidifies Cleveland’s quarterback depth chart with Watson and backup Jacoby Brissett, while the Panthers now get a one-season look at Mayfield before the expiration of his rookie deal. It’s an unceremonious end to a relationship that had the Browns and Mayfield mulling an extension prior to the 2021 season, but injuries and ineffectiveness ultimately scuttled talks.

Mayfield has started 59 career games since being taken No. 1 overall by the Browns in the 2018 NFL draft, and completed 61.6 percent of his passes for 14,125 yards with 92 touchdowns and 56 interceptions. He’s been marred by injuries and inconsistency, but did help lead Cleveland to its only playoff victory since returning to the NFL, a 48-37 win over the Pittsburgh Steelers after the 2020 season.

Browns general manager Andrew Berry said Mayfield will “always have a unique place in Browns history” in a statement, while team co-owners Jimmy and Dee Haslam thanked Mayfield for his contributions. 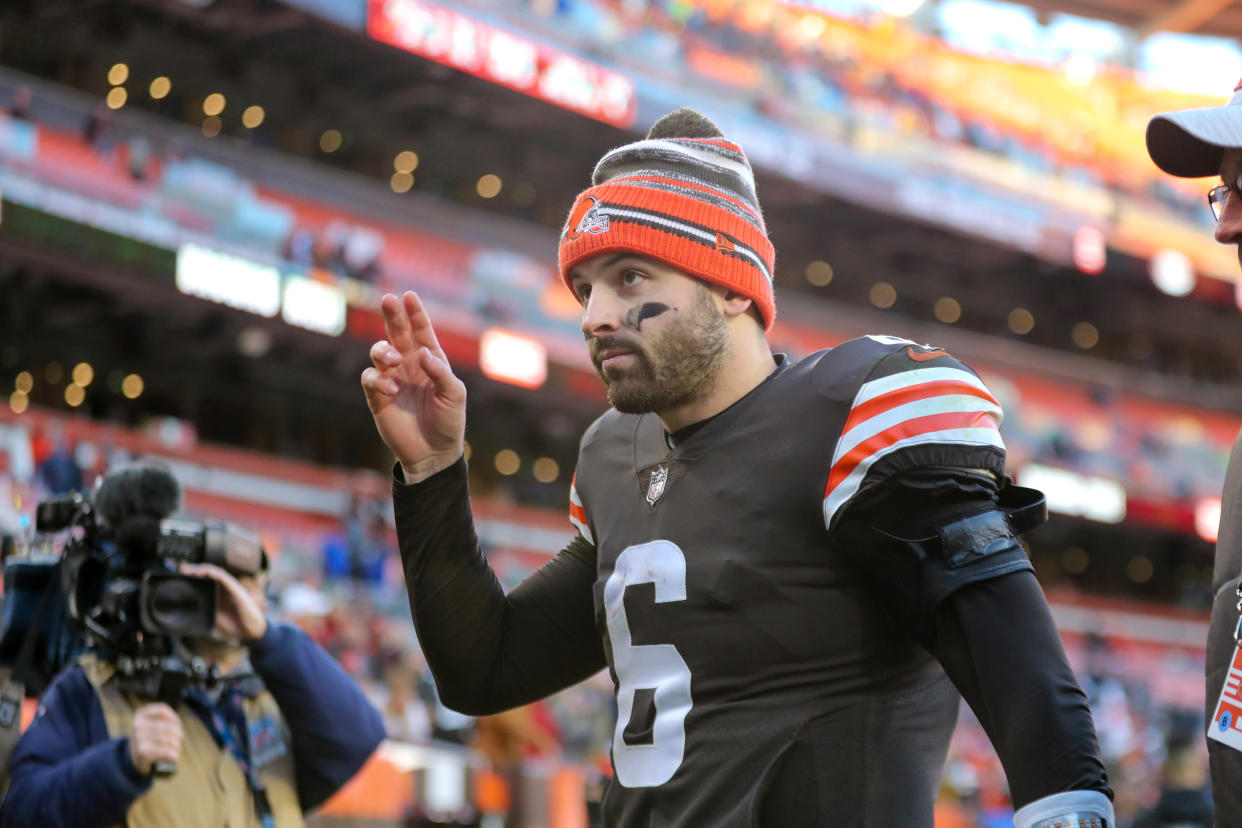