The European Union is set to unveil plans on Wednesday to protect citizens and businesses from spiralling energy prices. Proposed measures include skimming off windfall profits from energy companies and imposing cuts in energy usage across the bloc.

Governments throughout the EU have already introduced hundreds of billions of tax cuts, handouts and subsidies in a desperate attempt to tackle rocketing energy costs heavily influenced by the ongoing war in Ukraine and the sanctions Brussels has imposed on Moscow.

Rapidly increasing energy costs are fuelling record levels of inflation which in turn is forcing industries to close and causing a massive increase in energy bills.

On Wednesday, the EU is set to propose a coherent bloc-wide response across all 27 EU member states.

According to Reuters, drafts of the European Commission’s show that Brussels intends to skim off the profits of non-gas fuelled power plants in order to raise money for government spending to help citizens with their energy bills. 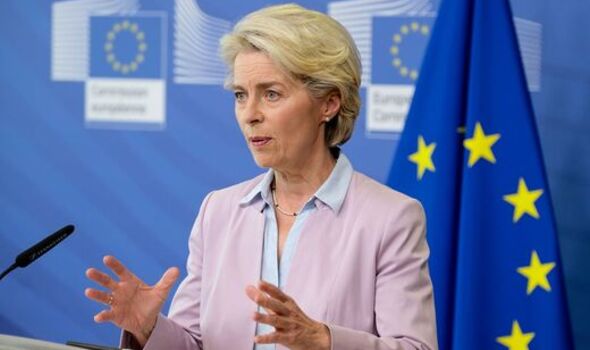 Wind farms and solar farms are set to face a cap of 180 euros per megawatt hour (MWh) based upon the revenue they receive for generating electricity.

Governments will then recoup any excess cash and recycle it in order to support consumers according to the draft.

This would cap genrator’s revues at less than half of the current market prices.

This is a reference to the large profits made by these companies as a result of Russia cutting its deliveries due to the war in Ukraine.

Oil, gas, coal and refining companies will be required to make a “solidarity contribution” of 33 percent of their taxable surplus profits according to the draft.

However, the commission has backed down from initial plans to cap Russian gas prices as the bloc remains divided about how they can secure winter energy supplies and the possible negative impact a cap on supplies from Russia could have.

EU countries will now have to examine the commission’s proposals and agree on final laws.

Some diplomats are optimistic that deals could be agreed at a meeting of EU energy ministers on September 30.

The draft proposal would also introduce a mandatory target for member states to cut electricity consumption by 5 percent during the hours with the highest demand.

It is thought that this could help save fuel bills during the winter.