EXCLUSIVE: Mr Tumble’s rave weekender! Butlins is blasted by angry mothers whose children’s holiday featuring the CBeebies clown was cancelled and replaced with an adults only 90s rave

Two mothers who booked a fun children’s weekend break at Butlins break featuring Mr Tumble have told of their shock and anger to find it had been turned into an adults only 90’s rave festival.

Gemma McKenna, 34, and her sister Amie Greaves-Hurd, 31, were excited that their daughters would be kept entertained by the CBeebies clown at the holiday company’s camp in Bognor Regis, West Sussex.

But their excitement turned to fury when they discovered that their special three day childrens’ themed weekend break had been cancelled without them having been told when they logged on to make their final payments for it after being sent an invoice by Butlins.

Instead the pair found that their booking had been changed for a 90s Reloaded weekend on the same dates, featuring performances by Peter Andre, comic Joe Pasquale and tribute acts performing hits by the Spice Girls and Take That.

Gemma who has a 21-month-old daughter Georgia and Amie who is mother to Madeline, four, and 11-month-old Cali had been looking forward to taking their children and husbands away from September 9 to September 12 after booking their trip in March last year. 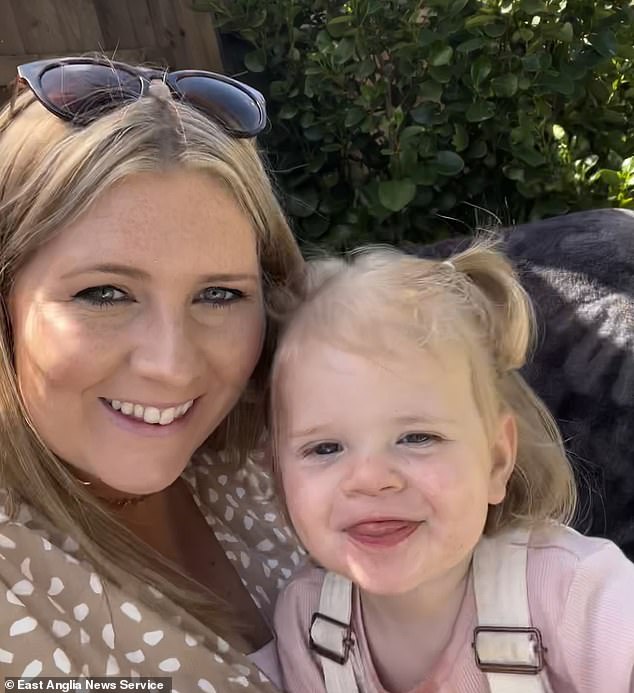 Gemma McKenna, 34, (pictured with her 21-month-old daughter Georgia) was angry to learned their family fun weekend at Butlins holiday camp in Bognor Regis had been replaced with a ’90s Reloaded’ event 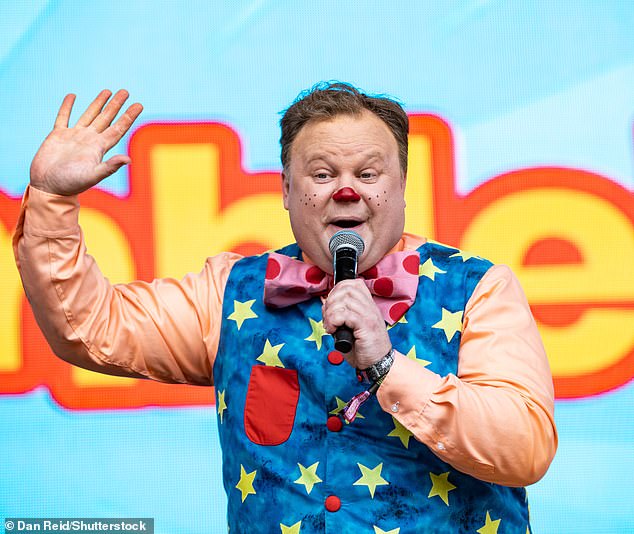 They were refunded their £60 deposits after they called Butlins to ask why their bookings had been changed to a party weekend for the Over 18s without their knowledge, after they had booked up for their childrens’ break 19 months in advance.

The sisters were told that they could alternatively book a special Just for Tots four day weekday break from September 19 to September 23 at the same Butlins resort, featuring Justin Fletcher who plays Mr Tumble.

But they were unable to go on the weekday break because it would have disrupted Madeline’s first days at her new school near her home in Bordon, Hampshire.

Butlins said today that it would be offering a ‘gesture of goodwill for a future holiday’ to the sisters after they contacted MailOnline about the blunder.

Gemma, a part time office worker from Aldershot, Hampshire, said: ‘We booked up the break when there were still a lot of Covid restrictions around and we wanted something to look forward to. 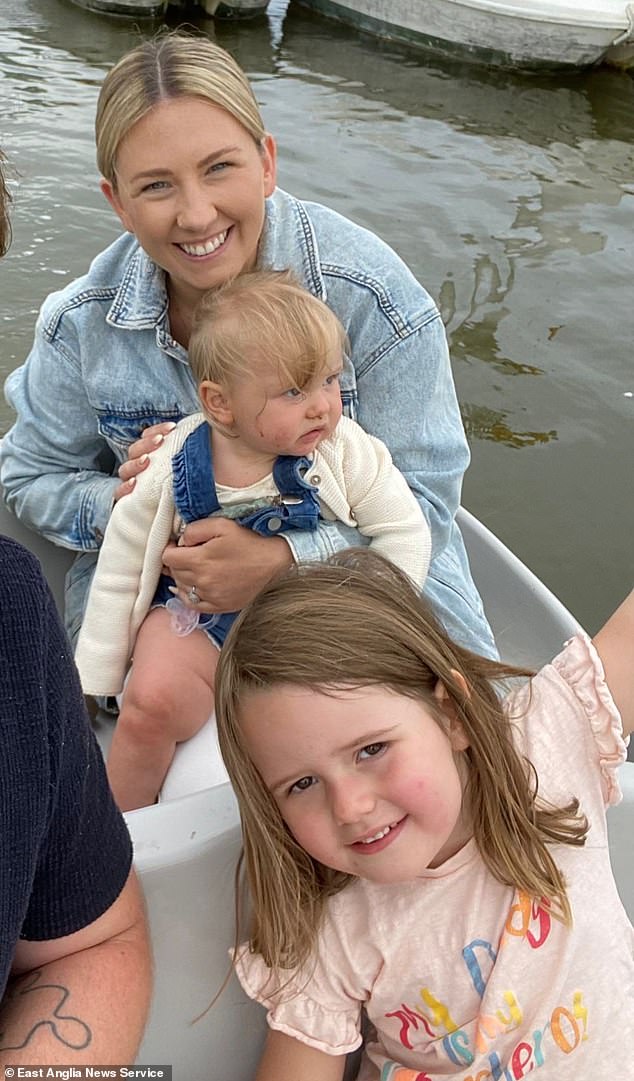 ‘Butlins was advertising this special childrens’ break featuring Mr Tumble and it seemed ideal, especially as it coincided with my daughter’s second birthday. Everybody loves Mr Tumble. He is brilliant and the main reason we booked up

‘We each paid the £60 deposit and kind of forgot about it until we got emails, saying that our card details had expired and we each needed to pay the final balance of £235

‘When I followed the link to log in to my booking, I couldn’t believe it when I saw that it was coming up as a 90s weekender. The booking was showing up as an error because we had supposedly booked in children when there was not meant to be any Under 18s attending.

‘I haven’t got anything against Butlins party weekends for adults. I went on one with a hen party and it was a great laugh. It’s just that they are not suitable for kids, and this was not what we booked up for.

‘I phoned up Butlins to try and find out what happened and the guy was very apologetic and kept on putting me on hold for ages while he tried to work out what gone wrong.

‘He could see on the system that our booking had changed last September with the adults weekender replacing it, but he could not give any reason why we were not notified and he refunded our deposit. 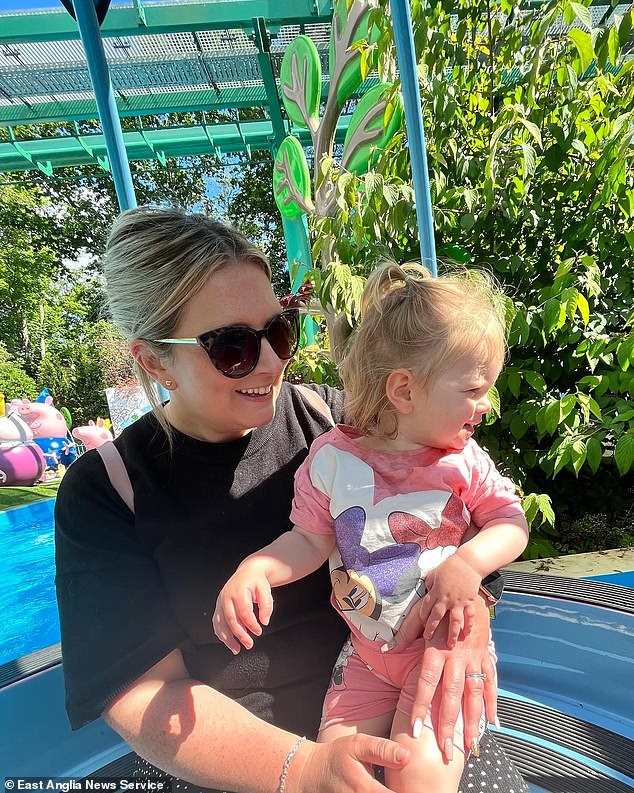 ‘It is a shame because we have landed up with nothing now. Even if we had been able to book again, the prices have now gone up. But we were unable to go on the weekday Just for Tots break because it would have interrupted Madeleine’s first day at school.

‘It is especially upsetting for her because she is old enough to have known that she was going away on holiday and would be seeing Mr Tumble, and now it is not going to happen for her.

‘The weekend break was going to be ideal for her because she could have set off after going to her school on Friday – but we never received any email or notification about the change.

‘If we had been told about the cancellarion last September, we would have just shrugged our shoulders and accepted it as one of those things – but it is disappointing to only find out now so close to the date.

‘I am left wondering whether other people have been affected by the same mix-up. There must have been more than one people than us who booked that particular weekend for their children.’

Justin Fletcher has been playing Mr Tumble and other members of the Tumble family on his CBeebies show Something Special since 2004.

The show teaches signing and is aimed at pre-school children with delayed learning or communication difficulties, but Justin has proved to be a favourite with all young viewers for many years.

A Butlins spokesperson said: ‘We’re sorry for the confusion these guests had with their Just for Tots booking. We’ve since offered a full refund of their deposit and a gesture of goodwill on a future holiday.’