LOS ANGELES (Reuters) – A swarm of many millions of ladybugs taking to the sky in Southern California this week to hunt for aphids has been captured on a radar screen as a massive blob, officials said on Thursday. 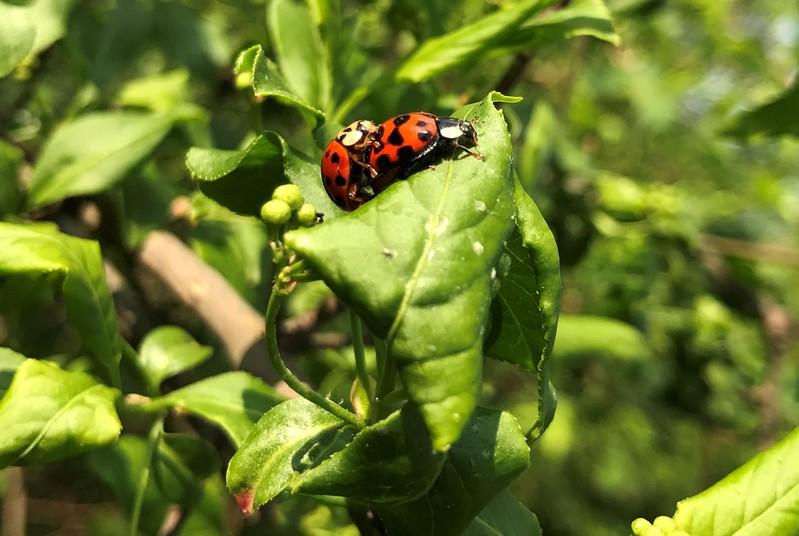 After a weather spotter in the town of Wrightwood confirmed they were ladybugs, the NWS San Diego office on Tuesday posted to Twitter a video clip of the radar image, showing an undulating mass.

The post received more than 1,000 retweets and generated comments such as “better than locusts” and “get those aphids!” from members of the public.

“I thought that was pretty cool, how we can get all these different people interested in science,” Roser said.

Ladybugs, also called ladybird beetles, are considered beneficial by gardeners as they feast on aphids, spider mites and mealy bugs.

The ladybugs are small so a person standing under a swarm would only see dots in the sky or, from a distance, nothing at all, said Ring Cardé, a professor of entomology at the University of California, Riverside.

What caused the swarm to form?

One possible explanation is that a large population of ladybugs had been spread out over land in a mountainous area and rising temperatures triggered their mass migration, Cardé said.

“It’s a little bit later than I would have expected them to depart,” Cardé said.

When they take to the sky, ladybugs are relying on winds to carry them to valleys where they might find abundant amounts of aphids to eat, Cardé said. As the insects spread out, the unlucky ones will end up in deserts and die.

The late spring movement of the ladybugs follows a winter hibernation in California’s mountains when they gather in clusters so thick they can be picked up with a shovel, Cardé said. The insects try to stay alive under snow cover.

High levels of moisture and rainfall this year probably helped large numbers of ladybugs survive the winter, Cardé said, which would explain such a large swarm.

National Weather Service radars routinely capture birds, bats and insects in other parts of the country.

For instance, bats often fly out of caves around Austin, Texas, and appear on radar, while in Iowa mayflies show up from time to time, said Jessica Schultz, deputy director of the NWS Radar Operations Center in Norman, Oklahoma.

Swiss govt demands clarifications from the EU in treaty talks

Prince Charles, 71, ‘fit to be King’ as continues work during coronavirus crisis

'Pigs, hands off the theater': Hungarians protest for artistic freedom