Home » World News » California wildfires: 'If this town recovers, it will take years' 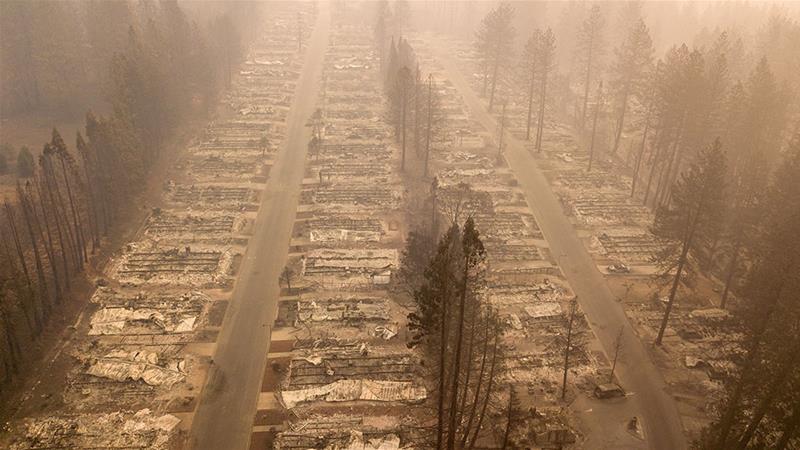 Cool weather helped fire crews gain ground against the nation’s deadliest wildfire in a century on Thursday, as the search went on for more bodies.

At least 56 people were killed in the Northern fire and 300 were unaccounted for a week after the flames swept through Butte County. At least three people were also killed in a fire in the southern part of the state.

More than 450 searchers were assigned to look for remains in Paradise, which was all but destroyed on November, and in outlying areas such as Magalia, a forested town of about 11,000. Many of the missing were elderly and from Magalia.

“If this town does recover, it’s going to take many, many years,” said Johnny Pohmagevich, an 18-year Magalia resident who lives up the road from many burned homes.

Police drove around town, searching for those still in their homes and checking if they needed food and water. 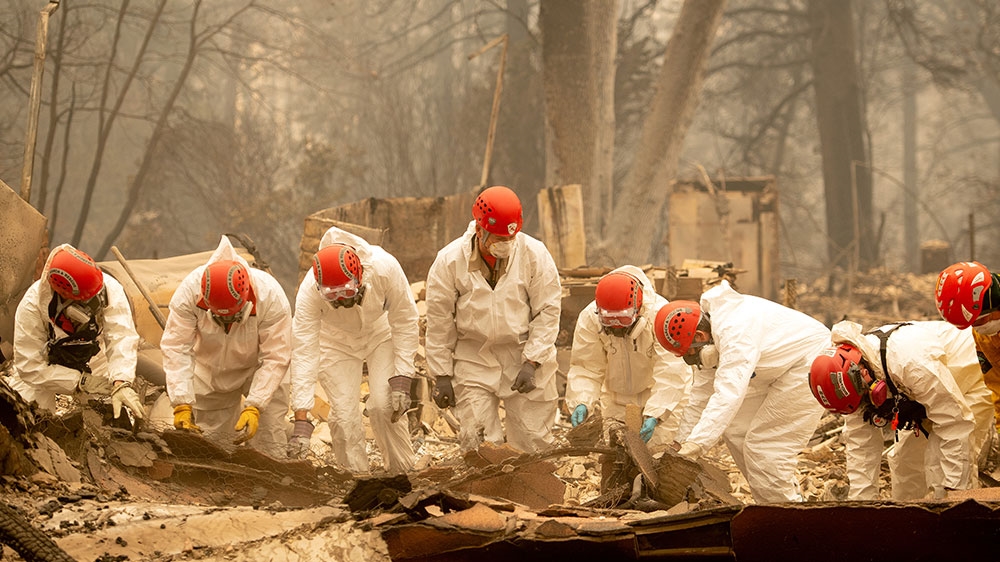 Butte County Sheriff Kory Honea said Wednesday night that 130 people were missing. His office later released a list of 300 people who were unaccounted for, though spokeswoman Miranda Bowersox said some of those may simply not have checked in with officials or family.

At the other end of the state, crews continued to battle wildfires in Southern California, including a blaze of more than 396 square km that destroyed over 500 structures in Malibu and nearby communities. At least three deaths were reported.

Officials in Northern California put the number of homes lost there at nearly 8,800, and the sheriff said the task of recovering remains had become so vast that his office brought in 287 more searchers Wednesday, including National Guard troops. The search crews used 22 cadaver dogs.

Interior Secretary Ryan Zinke joined California’s Governor Jerry Brown on a visit to Paradise on Wednesday, saying it was the worst fire devastation he had ever seen.

“Now is not the time to point fingers,” Zinke said. “There are lots of reasons these catastrophic fires are happening.” 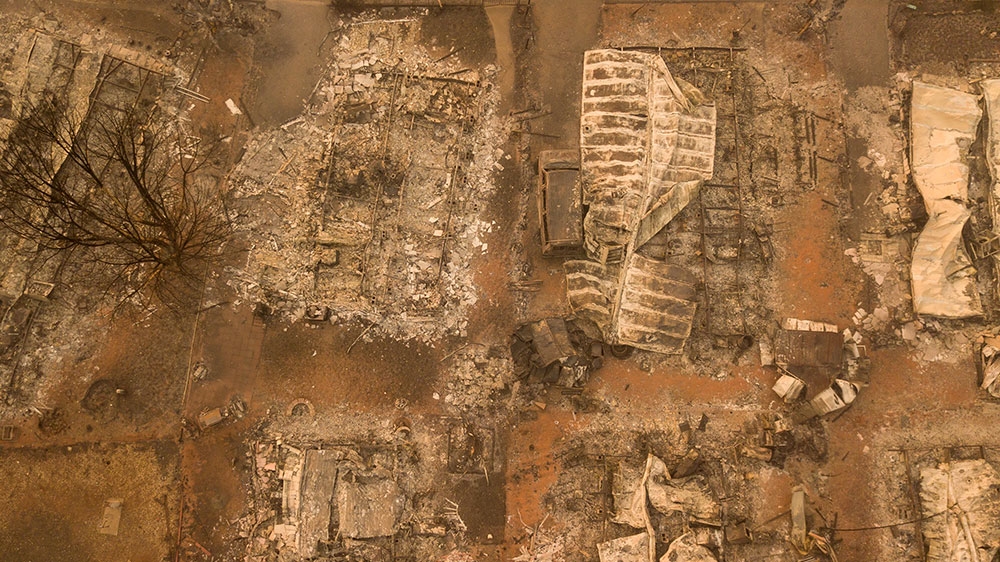 The governor said officials would need to learn how to better prevent fires from becoming so deadly .

It will take years to rebuild, if people decide that’s what should be done, said Brock Long, administrator of the Federal Emergency Management Agency. “The infrastructure is basically a total rebuild at this point,” he said.