Home » World News » Can 'Goblin mode' really be word of the year?

Can ‘Goblin mode’ really be word of the year? Barely-known phrase makes it to shortlist of three for annual award

Many readers may be stumped when asked if they know what the term ‘goblin mode’ means – but they soon will.

Slang for behaviour that is ‘unapologetically self-indulgent, lazy, slovenly, or greedy, typically in a way that rejects social norms or expectations’, it has been shortlisted for word of the year by Oxford University Press lexicographers.

It is one of three options – the others being #IStandWith and metaverse – which will be voted for by the public for the first time.

Word of the year, loosely defined as it includes slang terms, is deemed as capturing ‘the mood and ethos of the last year’.

Metaverse was first coined in the 1992 sci-fi novel Snow Crash by Neal Stephenson but has seen significant growth in usage in the past year mainly thanks to Mark Zuckerberg’s new Facebook innovation. 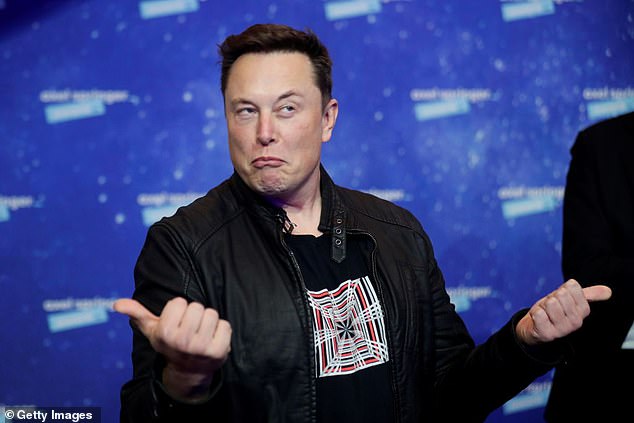 Oxford University lexicographers have shortlisted ‘goblin mode’ to be 2022’s term-of-the-year. In April 2022, Elon Musk posted an image macro implicitly attributing his proposed acquisition of Twitter to him being in ‘goblin mode’

Meanwhile, #IStandWith is a term used online to express solidarity.

President of Oxford Languages Casper Grathwohl said the decision to let the public decide was partly due to living in a ‘post-Covid era’, according to the Guardian.

‘Over the past year the world reopened, and it is in that spirit we’re opening up the selection process for the word of the year to language-lovers everywhere,’ he said.

‘We are all participants in the evolving story of English, and after making it through another hard year we thought word-lovers would appreciate being brought into the process with us.’

Some words that didn’t make the final shortlist were ‘quiet quitting’ and ‘platty jubes’ – referring to the late Queen’s platinum jubilee.

Oxford’s ‘word’ of the year controversially allows slang words – such as 2021’s winner ‘vax’ – as well as compound words and phrases.

Fiona McPherson, senior editor at OUP, also defended the inclusion of a hashtag of the shortlist, saying they are ‘a really important feature’ of current language use.

Voting is now open online and closes December 2, with the 2022 word of the year announced three days later.

Q&A: The other 'Donald' making waves in Hanoi

Brit rescued by fishermen in the Channel after kayak capsized