The victims were found in 13 separate locations in an indigenous community in the Saskatchewan province. The attack took place at the James Smith Cree Nation and also in the nearby village of Weldon, as the police are still looking for suspects. The police have named two suspects, Damien Sanderson and Myles Sanderson, who are currently on the run and considered armed and dangerous.

On Sunday morning, the first emergency call was made to the police at 5:40am local time and became a “rapidly unfolding event”, according to the police.

At 12:07pm, the police alerted the public that one of the suspect’s vehicles, a black Nissan Rogue, was spotted in Regina, the capital of Saskatchewan.

The police have said at least 15 people have been injured, but there may be additional victims as some may have transported themselves to various hospitals.

A state of emergency has been declared in the James Smith Cree Nation and a dangerous person alert has been sent across the provinces of Saskatchewan, Manitoba and Alberta. 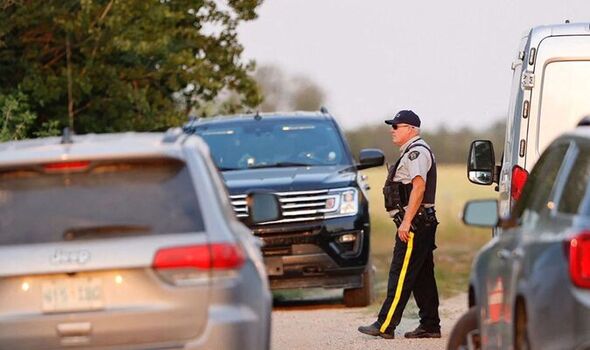 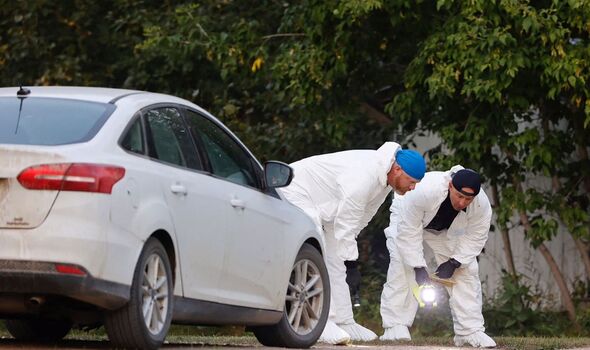 Rhonda Blackmore, the Assistant Commissioner of the Saskatchewan Royal Canadian Mounted Police (RCMP) said in a statement that the Police are committed and will use every resource to locate the two suspects.

She said: “We are asking residents across Saskatchewan and our neighbouring provinces to be vigilant.

“At this stage in our investigation, we believe some of the victims have been targeted by the suspects and others have been attacked randomly.”

Indigenous leaders have indicated the attack may have been drug-related. 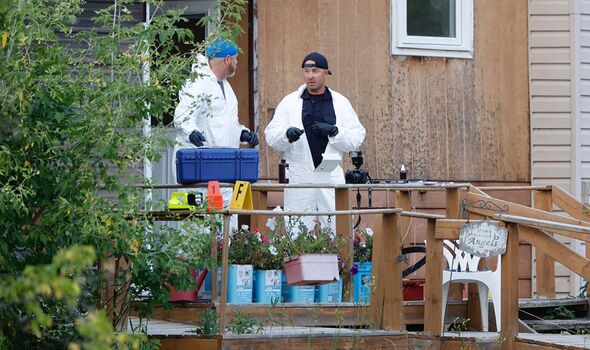 The Federation of Sovereign Indigenous Nations, which represents 74 First Nations in Saskatchewan, said: “This is the destruction we face when harmful illegal drugs invade our communities”.

In a separate statement posted on Canada’s official website, Mr Trudeau said he was “shocked and devastated by the horrific attacks today”.

He added: “As Canadians, we mourn with everyone affected by this tragic violence, and with the people of Saskatchewan. We also wish a full and quick recovery to those injured.”

They have warned the public to take “appropriate precautions” as they are still looking for the suspect.

The RCMP wrote: “Do not leave a secure location. Use caution allowing others into your residence.

“Do not approach suspicious persons. Do not pick up hitch-hikers”.