The wildfire that is thought to have begun near the Rhodes Memorial on the slopes of Table Mountain has spiralled rapidly out of control. The city’s University of Cape Town (UCT), nestled in the mountain fold, has been badly damaged, with the historic library feared nearly completely ruined.

More than 4,000 students have had to evacuate UCT as the fire spreads.

Some 100 firefighters and emergency personnel were deployed to the university campus and to Table Mountain national park, as well as helicopters used to drop water.

A number of firefighters have been injured in the attempts to battle the blaze, with four in hospital.

The UCT library, home to some of the most treasured special collections in Africa, was partially “gutted”, according to the library director Ujala Satgoor. 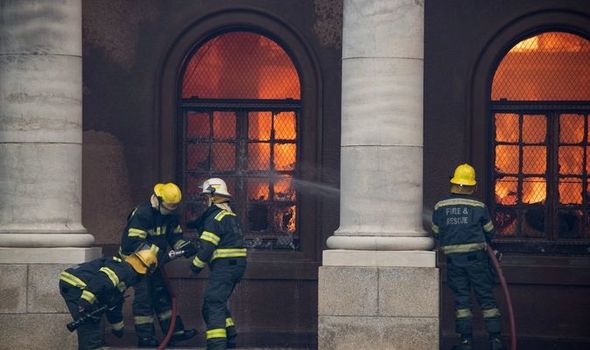 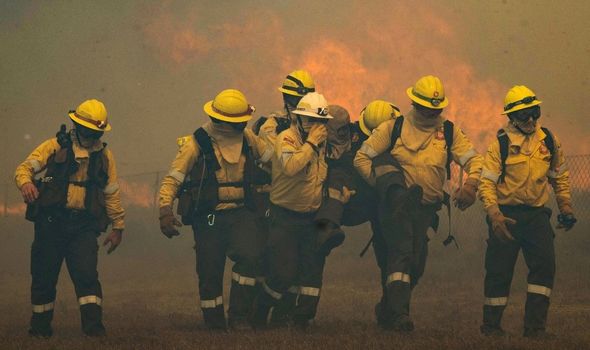 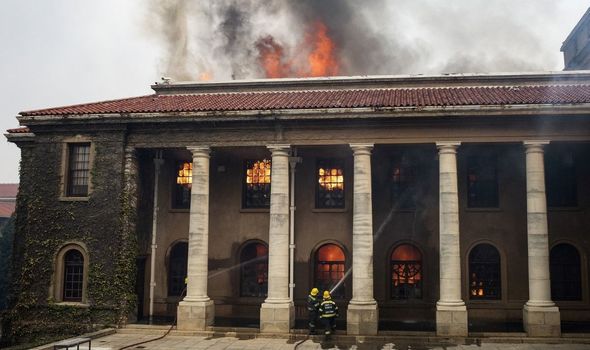 However, a fire detection system kicked in, “preventing the spread of the fire to other parts of the library,” she said.

Other campus buildings also caught fire, and a historic windmill nearby burned.

The thatch-roofed Mostert’s Mill, built in 1796, is the country’s oldest working windmill and is now largely destroyed.

The Rhodes Memorial restaurant is said to be completely destroyed. 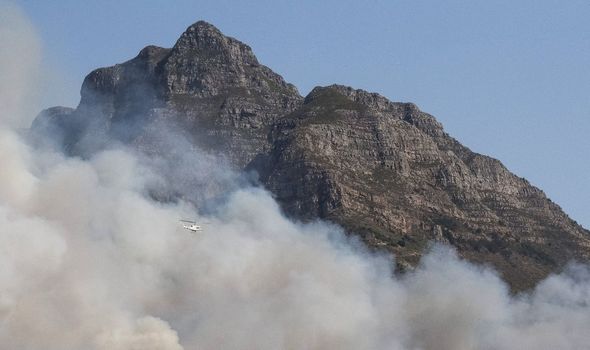 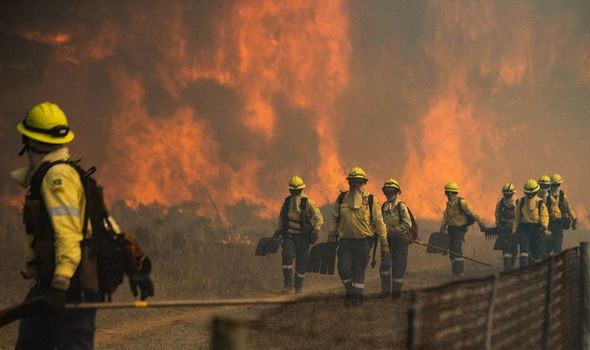 On Monday morning, the fire had wrapped right around Table Mountain, threatening suburbs in the city bowl and forcing more evacuations.

Devil’s Peak, a landmark feature of the mountain range, was enshrouded in orange flames on Monday morning.

Firefighting efforts are being hampered by 46km/h winds, expected to continue throughout Monday.

Cape Town Fire and Rescue Service spokesperson Jermaine Carlese said: “The wind speed increased from about 2am this morning and additional fire crews are now stationed at Pepper Tree and Chelmsford area.

“Further crews are on Tafelberg Road as the wind speed is predicted to increase throughout the morning.”

Firefighters battle the blaze throughout Sunday as they tried to save the historical buildings and homes in the wildfire’s route.

The fire is believed to have been started accidentally by a homeless person.

However, a man has now reportedly been arrested for arson in connection with subsequent fires and stoking the blaze.

Residents of Cape Town are reporting “apocalyptic scenes” as the sky turns red and ash falls across the city limits. 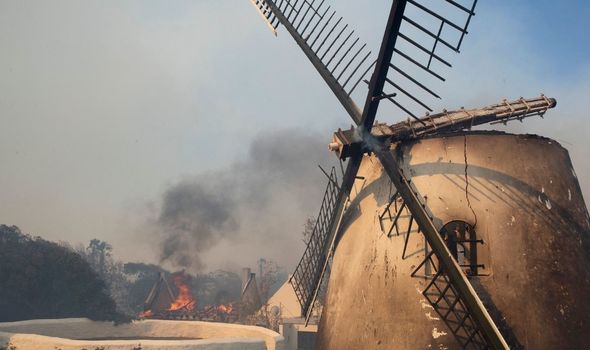 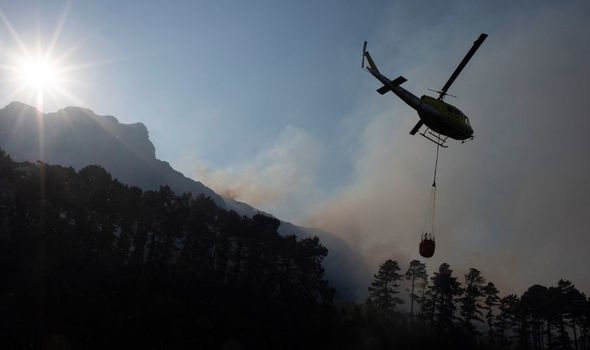 One resident, Lisette Lombard, tweeted: “My car has been destroyed in the fire with other vehicles and the restaurant, but thank God we are safe.

“Never have I experienced a fire that spread so unpredictably fast. I have so much respect for our firefighters.”

Another, Paballo Chauke, wrote: “Seriously pray for Cape Town, there is a raging fire on the mountain and it’s even blocking the sun – people’s properties — houses and cars are in danger.

“Biodiversity is being destroyed too… Hope for the best.”

Transvestite son guilty of murdering mother, 86, by stabbing her heart

This is the best time of year to buy a car

Councils beg Government for more cash to stave off bankruptcy