THE family of a mum-of-five found drowned in a pond at a country park have said she radiated "optimism, cheerfulness and positive energy”.

A murder probe is ongoing after the body of Egle Vengaliene, 35, was discovered in the water at Brandon Country Park in Suffolk. 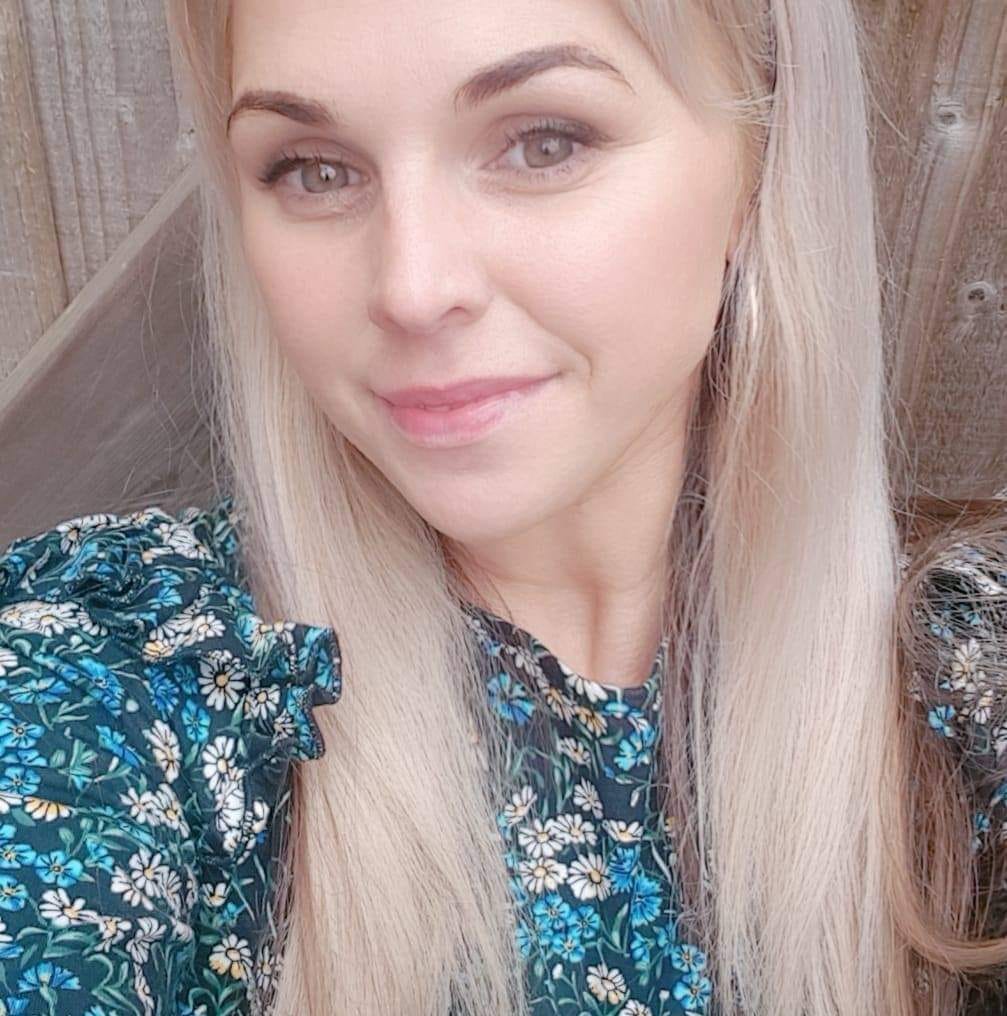 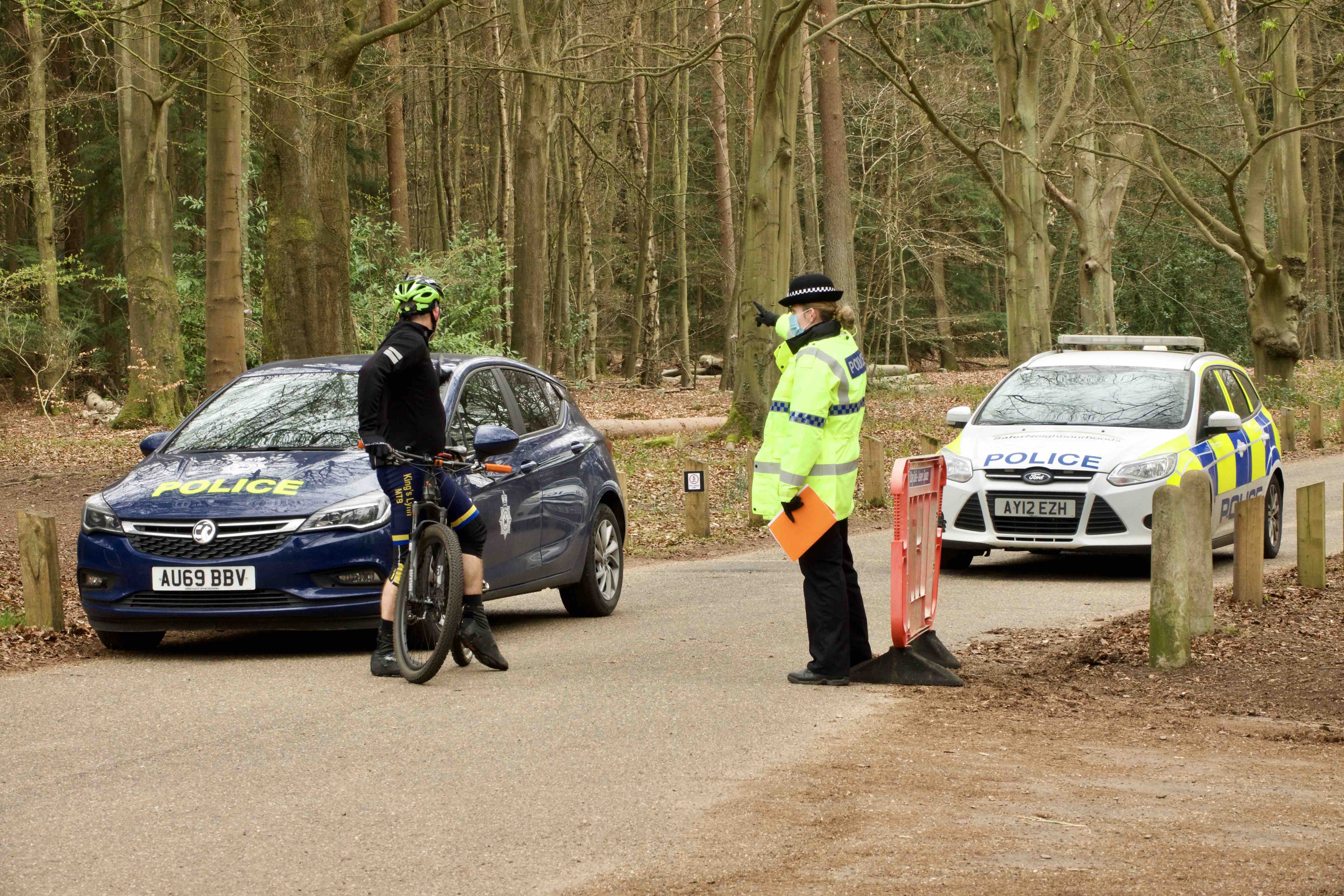 Her husband Andrius Vengalis, 46, was arrested five hours after her body was recovered on April 9 and was charged with her murder three days later.

Ms Vengaliene, who was originally from Lithuania and living in nearby Bury Road, had lived in the UK for seven years.

“She was loving, caring and devoted to her family, radiating optimism, cheerfulness and positive energy and believing in her family's bright future.

“She leaves behind five of her children, who will have to grow up without their mother's love and will always long and mourn their mother. Protect your children from heaven and rest in peace, Egle.”

The court was told that Ms Vengaliene’s provisional cause of death was drowning, according to a post mortem by a Home Office pathologist.

Prosecutor Wayne Ablett added: "There was a wound to the neck, and ligature marks, but neither of these are believed to have been the cause of death."

Vengalis who lived with Ms Vengaliene in Bury Road, Brandon, was remanded in custody pending a potential plea hearing on July 19.

The investigation is ongoing and officers remain keen to hear from anybody who knew Egle and have not yet been in contact with police, or from anyone with a recent sighting of her prior to 7am on the morning of Friday, April 9.

A Suffolk Police statement said today: “The investigation is ongoing and officers remain keen to hear from anybody who knew Egle and have not yet been in contact with police, or from anyone with a recent sighting of her prior to 7am on the morning of Friday, April 9.

“Detectives are continuing to appeal for witnesses, particularly anyone who was in the area of Brandon Country Park or Bury Road in Brandon and the surrounding streets, and who may have seen or heard anything suspicious.

“Additionally, officers are asking anyone who was driving in the vicinity of Brandon Country Park or Bury Road, Brandon, between midnight and 7am on Friday 9 April and who has a dashcam in their vehicle, to make contact with the inquiry team.”

It comes after ambulance crews reported the tragedy shortly before 7am on April 9.

The force said the death was being treated as an isolated incident and there is not believed to be any threat to the wider community, but additional patrols will take place in the coming days to offer reassurance to locals.

A friend who set up a Facebook fundraiser to help take Ms Vengaliene's remains back to Lithuania has paid tribute to her.

The pal, Vitalija, said Ms Vengaliene was a "beloved daughter and sister" and mourned that there are "five kids left without a mom" following her tragic death.

She told MailOnline that Ms Vengaliene was a "good mother" and a "pretty woman".

The pals had lived in the UK for about seven years and were both from Rokiškis in Lithuania.

Five kids left without a mom. It's hard to find words to comfort you today

The Facebook post said: "We express our condolences to the family, for the loss of beloved daughter and sister Egl in England.

"Five kids left without mom. It's hard to find words to comfort you today.

"We express all strength, hope and faith to you, your family and loved ones.

"And we ask all Lithuanians for financial help to transport their body to Lithuania." 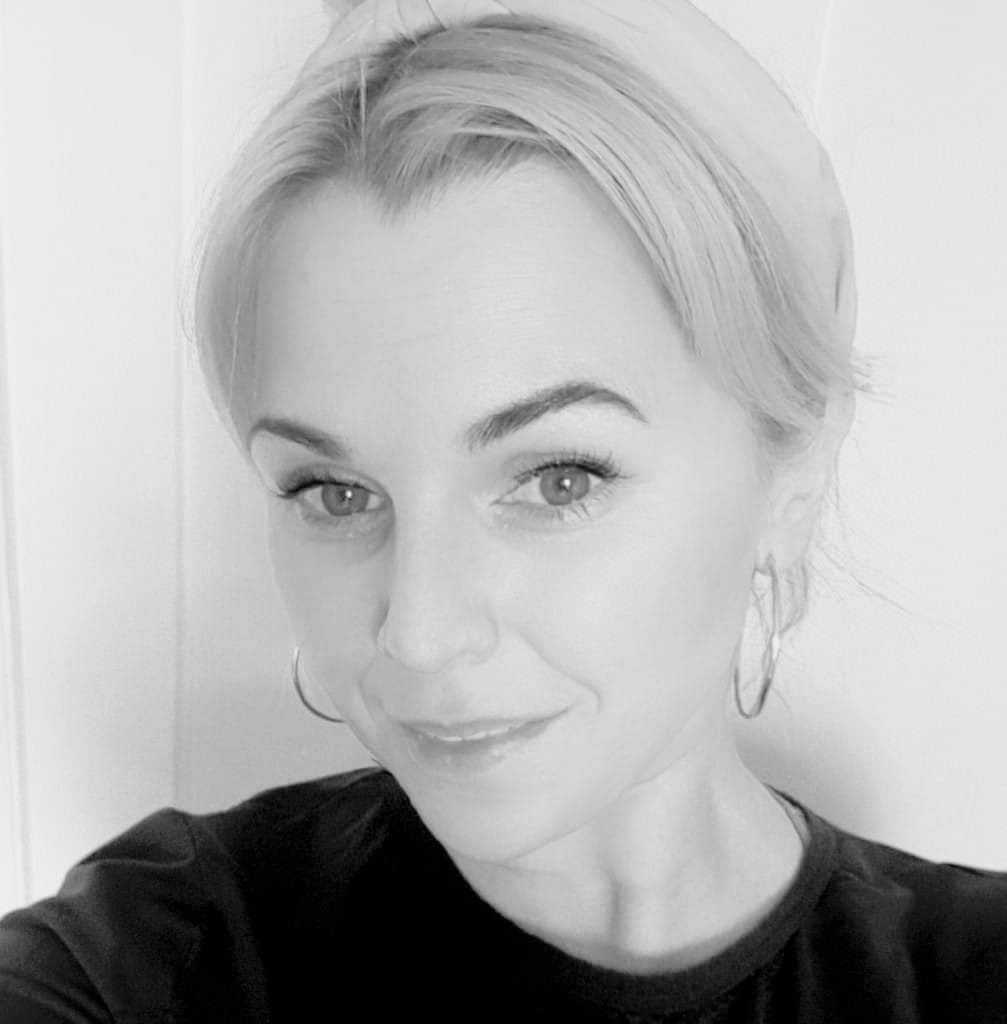 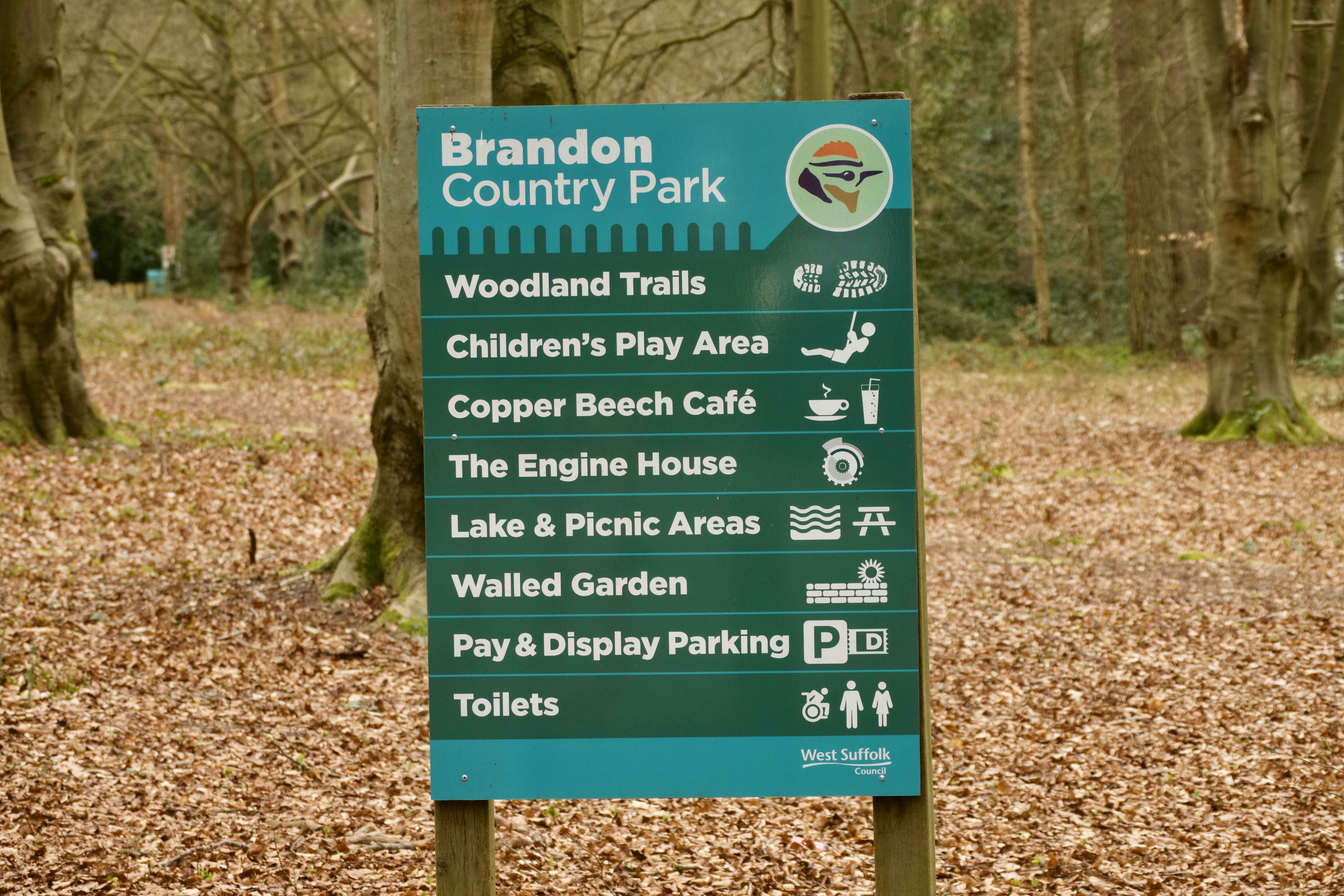 Police have appealed for anyone who was in the area of the park or surrounding streets and who might have seen or heard anything suspicious to contact them.

The force said it is also keen to hear from anyone who knew the woman or anyone who saw her recently, before 7am on Friday.

A large part of the country park remains cordoned off by police as investigations continue.

Detectives believe the suspect and alleged victim were known to each other, with no wider threat to the community.

Detective Superintendent Andy Smith said: "We understand this will have shocked and alarmed many people but officers will remain at the scene over the coming days and extra patrols are taking place to provide reassurance.

"We would like to thank local residents who have so far assisted us with this investigation."

Any residents in the local area with a doorbell camera or private CCTV are also asked to review their footage, as well as anyone with motion activated dash-cam footage.

Alternatively, contact the charity Crimestoppers anonymously on 0800 555 111, through their anonymous online form at www.crimestoppers-uk.org. 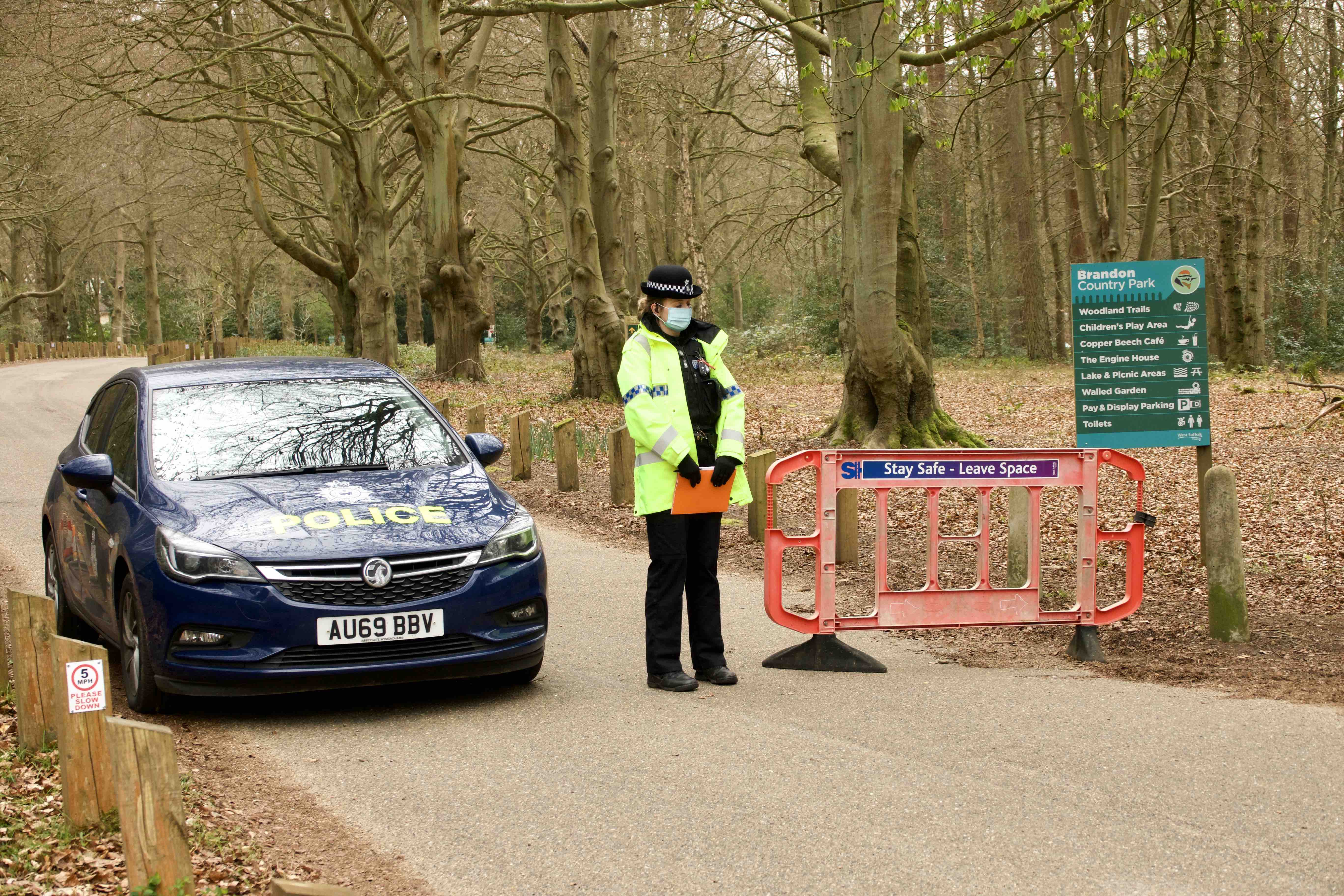