We ARE amused! Legendary cartoonist Mac offers his view of the Queen’s glorious reign on the eve of her Jubilee celebrations

It’s been 70 years on the throne for Her Majesty The Queen, who has seen far more highs, lows, and everything in-between than any other world leader or monarch.

Since ascending the throne in 1953, Queen Elizabeth has seen 14 prime ministers run the country and has kept approximately 30 Corgis in her lifetime.

From fundraising attempts to fix Windsor Castle after its fire in 1992, whereby the royal family welcomed the public into Buckingham Palace to make cash, to the 20,000 birthday cards the Queen received on her 80th birthday in 2006, there has been plenty of notable moments during the 70-year reign of Elizabeth Windsor.

Here, the Mail’s legendary cartoonist Mac takes you on a trip down memory lane to look back on some of the highs and lows of the Monarchy ahead of next weekend’s celebrations for the Platinum Jubilee… 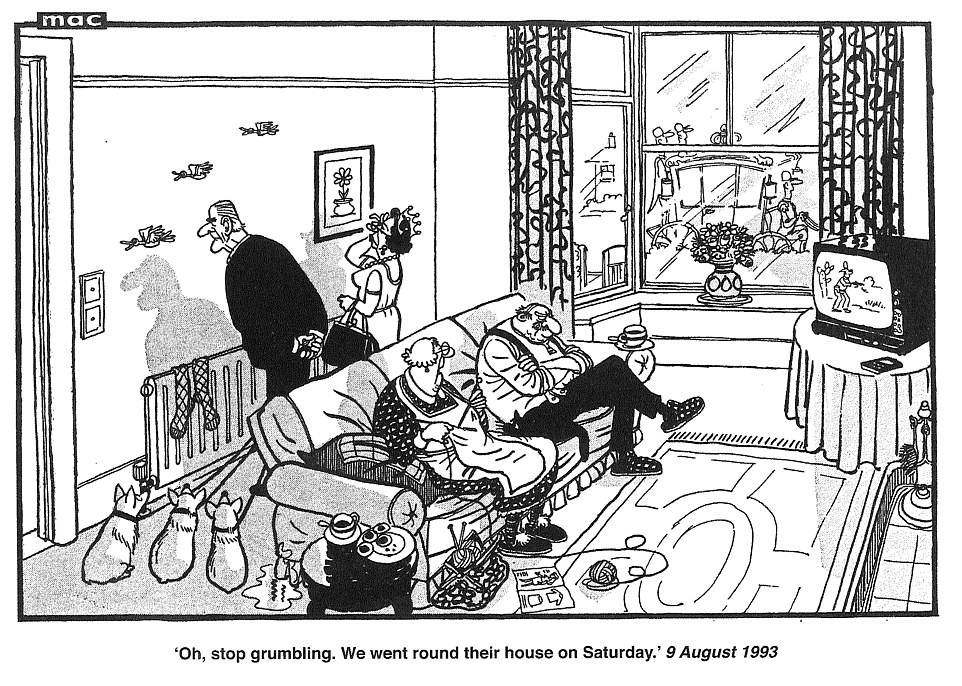 August 1993: Buckingham Palace opened to the public for first time in history to raise funds to repair Windsor Castle after the fire at the royal residence on 20 November 1992 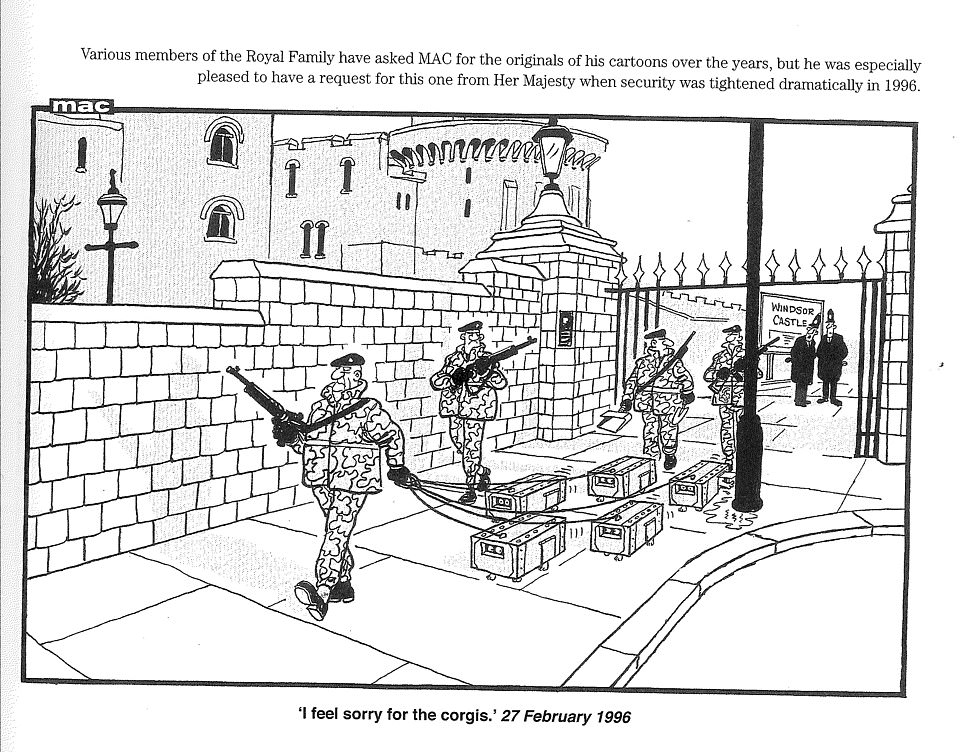 February 1996: Royal security is stepped up in February 1996 following anthrax scares in the US, where letters laced with anthrax began appearing in letters soon after the terrorist attacks of 9/11 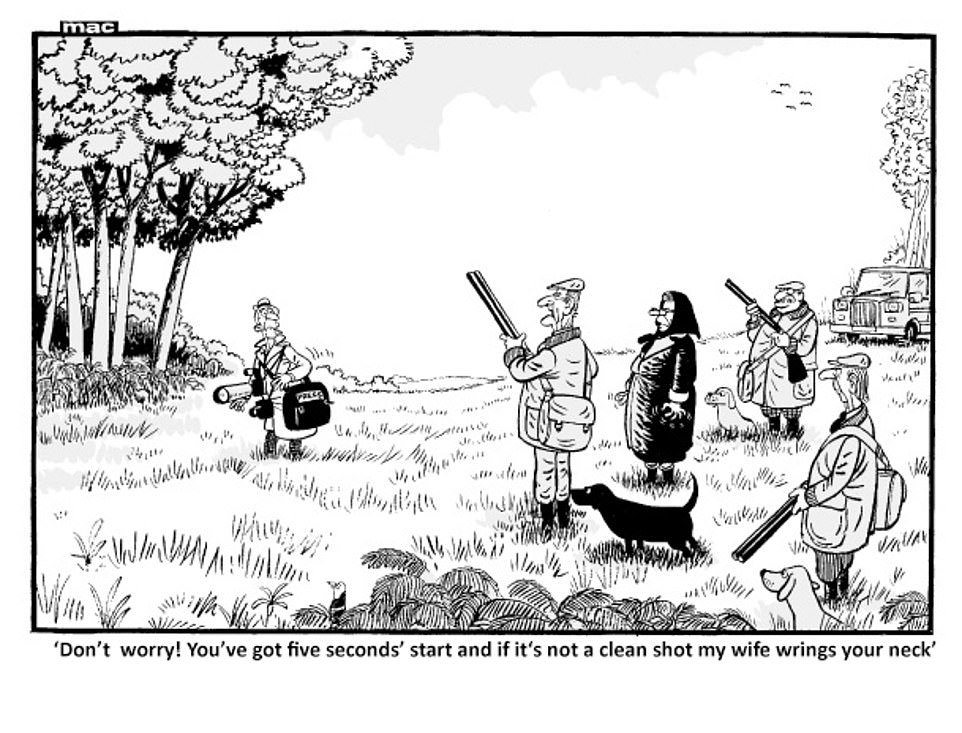 November 2000: The Queen had been photographed wringing the neck of an injured bird at Sandringham while on a hunting holiday, causing outrage amongst animal rights groups 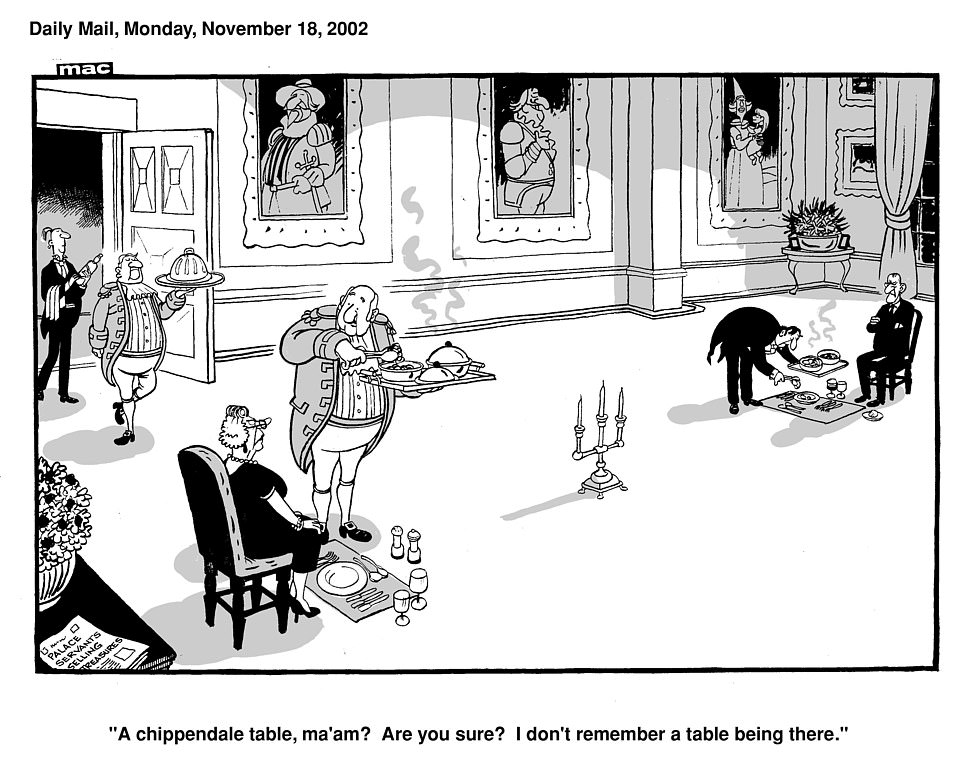 November 2002: Palace staff were accused of selling off Royal treasures. Mac’s cartoon shows a staff member asking the Queen: ‘A chippendale table, ma’am? Are you sure? I don’t remember a table being there.’ 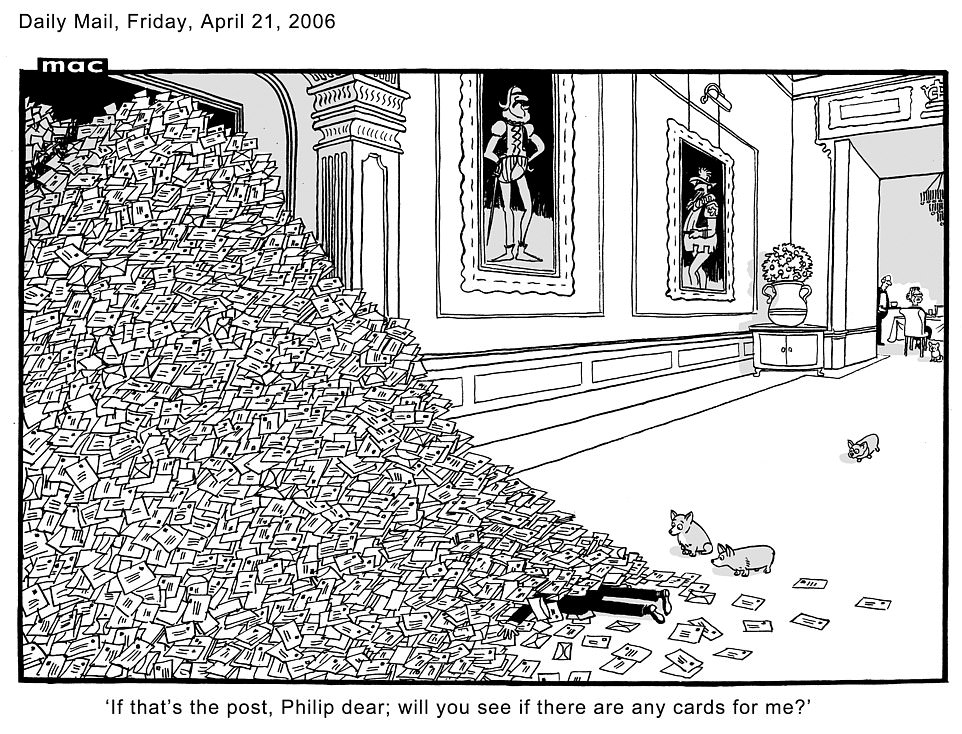 April 2006: On her 80th birthday, the Queen reportedly received 20,000 cards from wellwishers, as well as another 17,000 emails sending their Happy Birthday messages 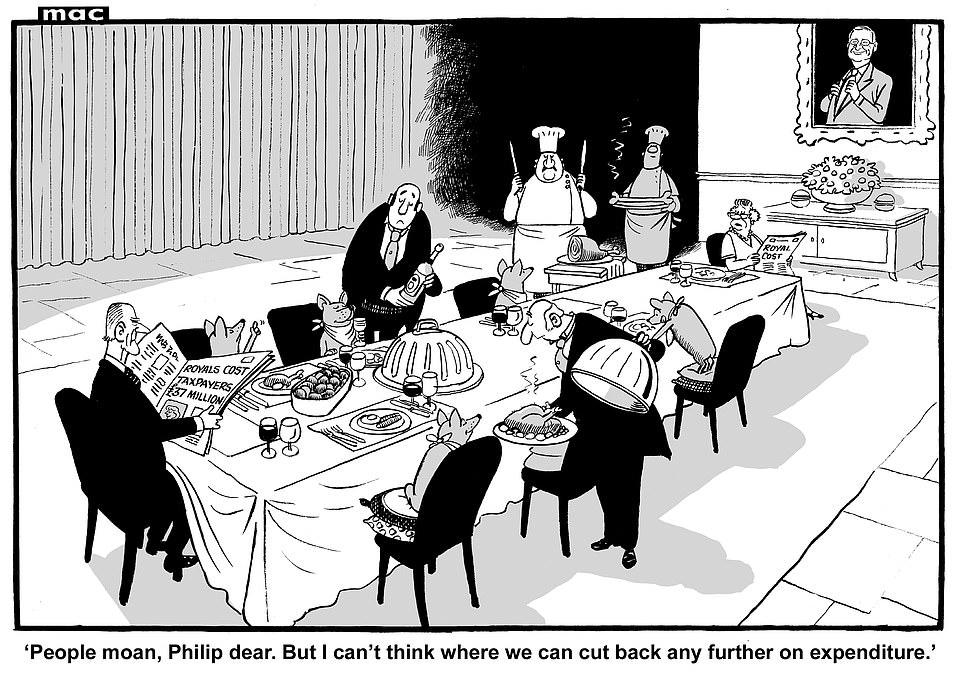 June 2006: The Royal Family’s annual cost to the taxpayers hits £37million. Republicans called for royal spending to be overhauled while officials insisted that the money was spent on official overseas trips and palace maintenance 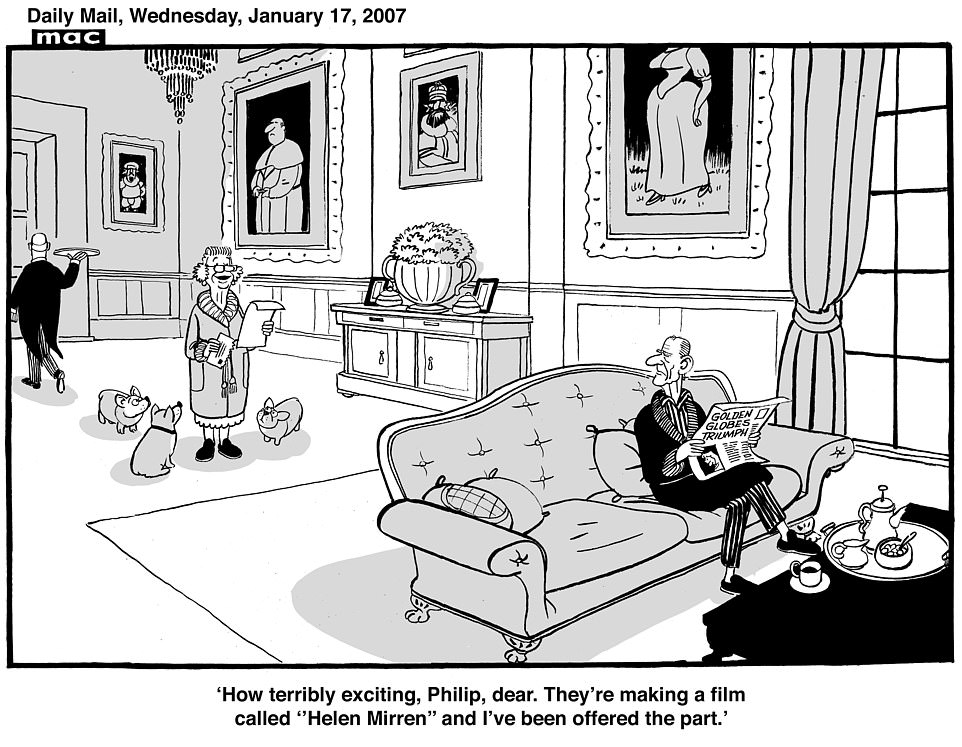 January 2007: British film The Queen sweeps the board at the Golden Globes. Helen Mirren starred as Her Majesty, with the film bringing home four awards 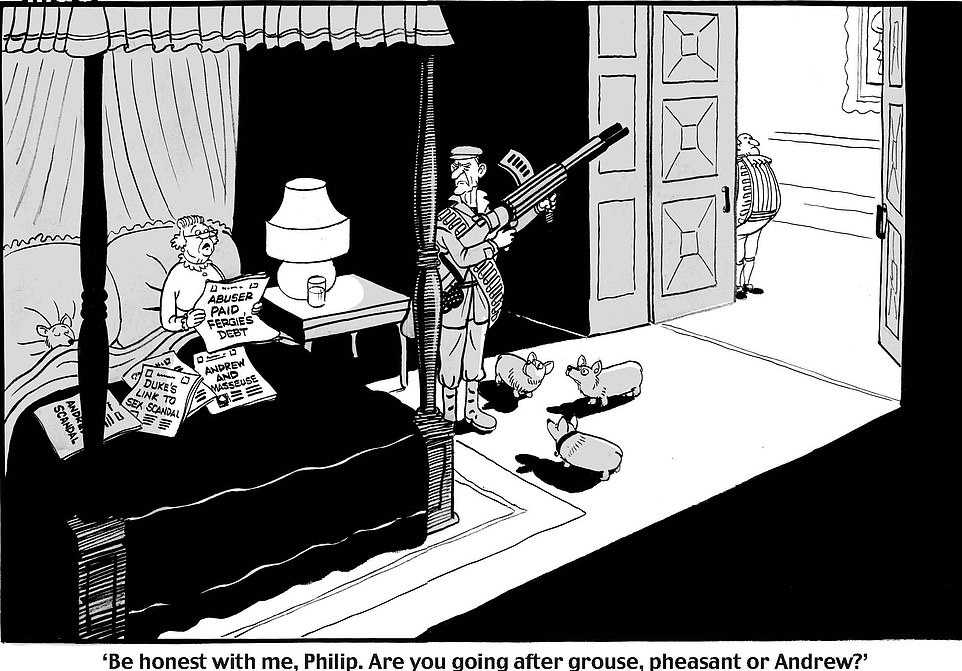 March 2011L It was reported that Sarah Ferguson accepted £15,000 from late paedophile Jeffrey Epstein to help settle her debts 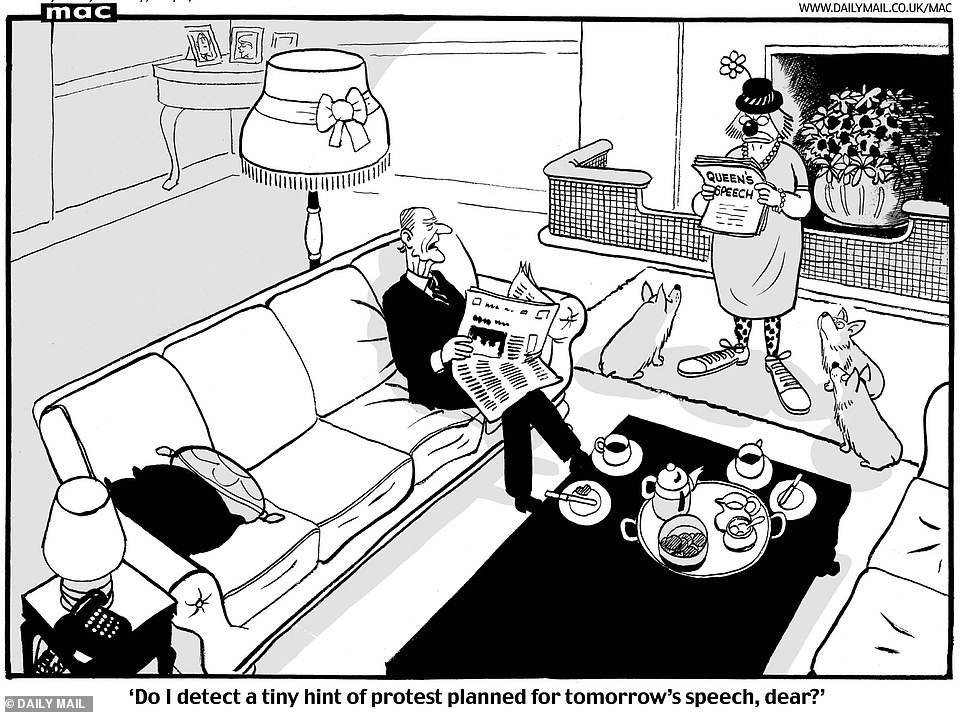 May 2013: Her Majesty was reportedly unhappy over key measures contained in the Queen’s Speech. The Queen, pictured by Mac dressed as a clown, in protest of the speech 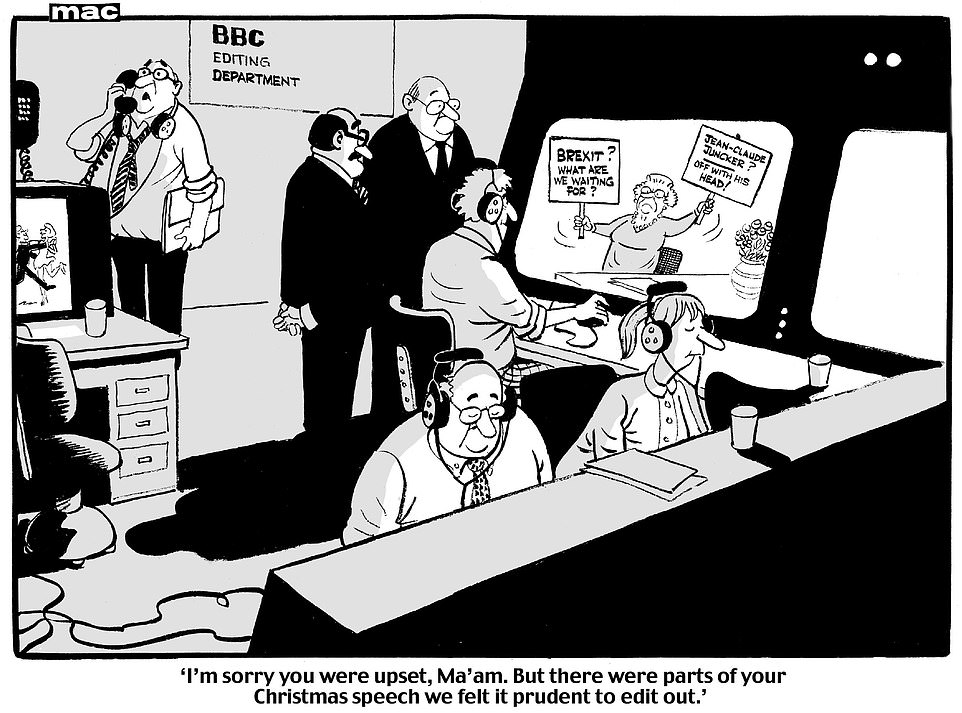 December 2016: The BBC reported claims that in the run up to the EU referendum, the Queen backed Brexit, causing one of the biggest rows of the referendum campaign, leading to a successful complaint to press regulator Ipso by Buckingham Palace, which said it was ‘misleading’ 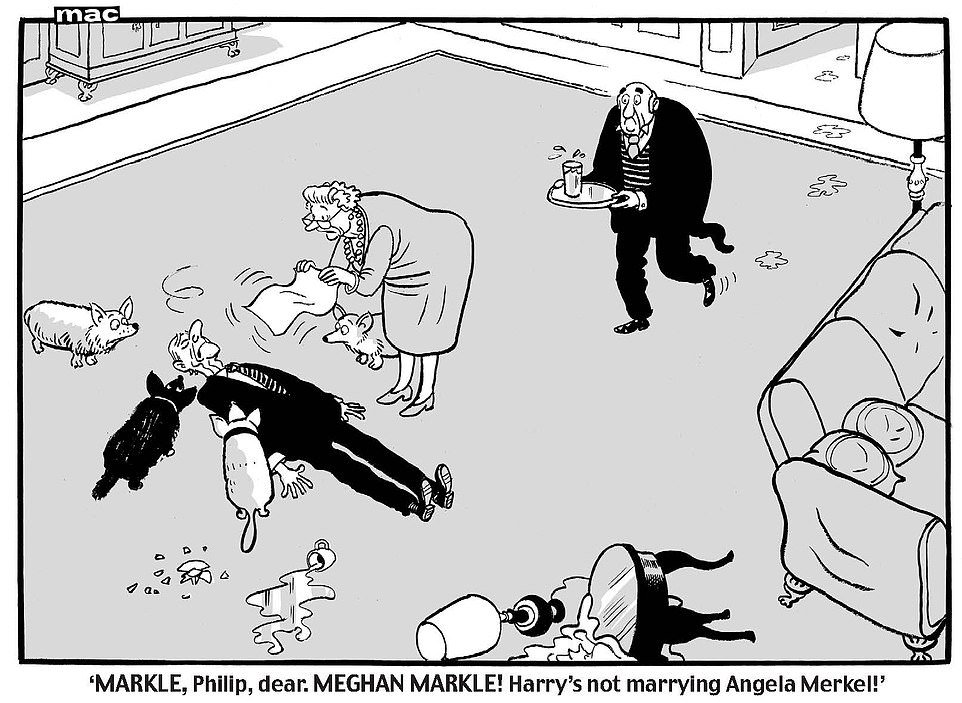 November 2017: Prince Harry and Meghan Markle announce their engagement. The pair married in May 2018 and have since had two children, Archie and Lilibet 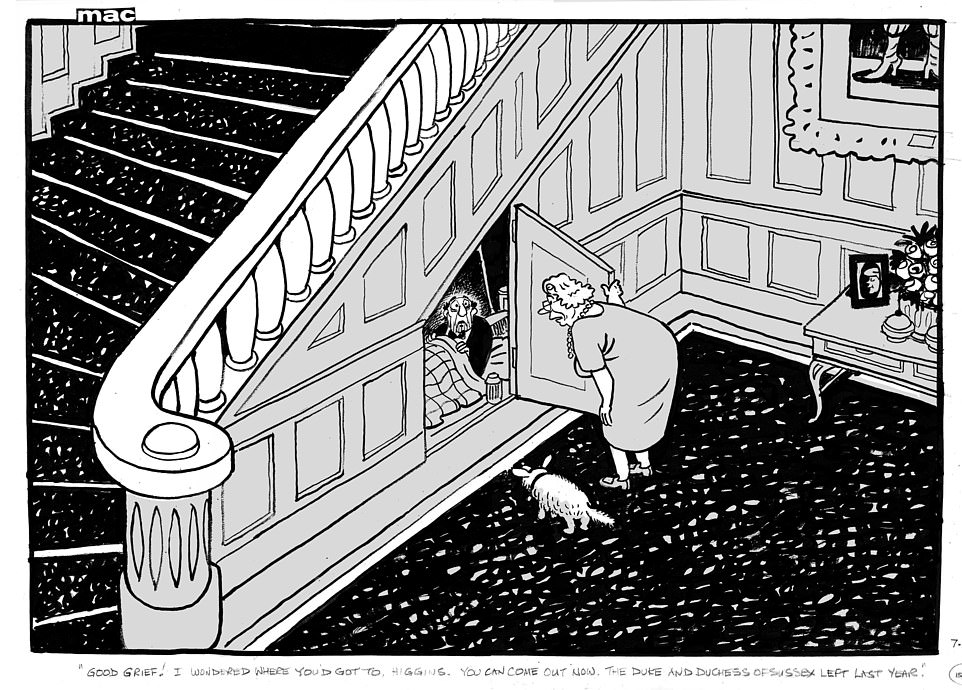 March 2021: Buckingham Palace launched an investigation into claims Meghan had bullied staff. The Duchess was accused of leaving behind a ‘lot of broken people’ with ‘young women broken’ by the behaviour, with a source describing one member of their staff as ‘completely destroyed’ by the ordeal