Residents were left ‘disgusted’ and ‘saddend’ after a gang of Grinches try to kill their Christmas spirit and tear down their town’s beloved tree.

The hooded vandals, who have not been identified, were seen taking turns to jump onto the Christmas tree in an attempt to bring it down on Monday, December, 12,  in Eynesbury Green in St Neots, Cambridgeshire.

The vandals were caught on CCTV laughing and running off once they successfully destroyed the tree’s roots in the early hours of Monday morning.

Neighbours woke up ‘disgusted’ and ‘saddened’ by their behaviour as the roots were left snapped and broken. 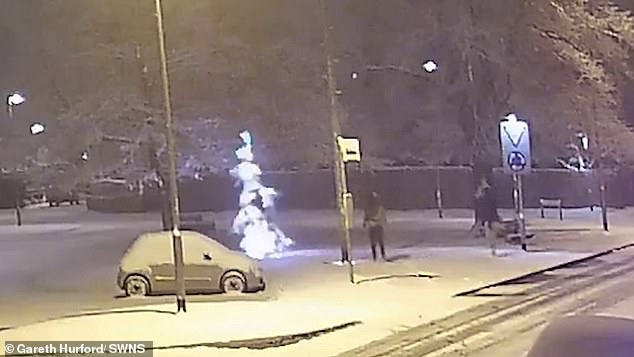 The three hooded Grinches were caught on CCTV each jumping on the tree and throwing snow balls at it on Monday, December, 12, in Eynesbury Green in St Neots, Cambridgeshire

Pictures captured by a neighbour’s CCTV camera caught the moment the town’s tree is brought down and attacked by snow balls.

Gareth Hurford, who lives just metres away from the tree, said he was ‘quite disgusted’ after watching the footage captured on his security camera.

Gareth said: ‘It’s just sad. It’s a nice tree and they go and do that. Some of its roots have been broken but hopefully it will survive’.

The tree has been decorated for the locals at Christmas time each year since it was planted by the town council. 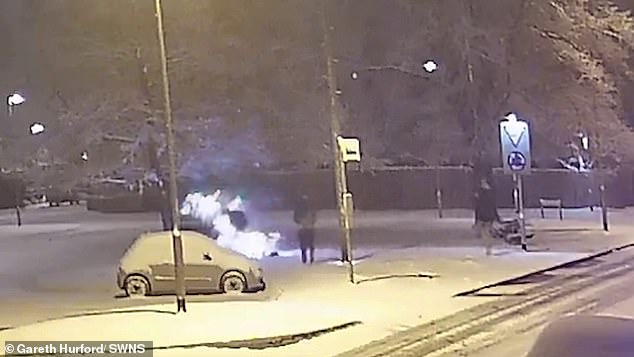 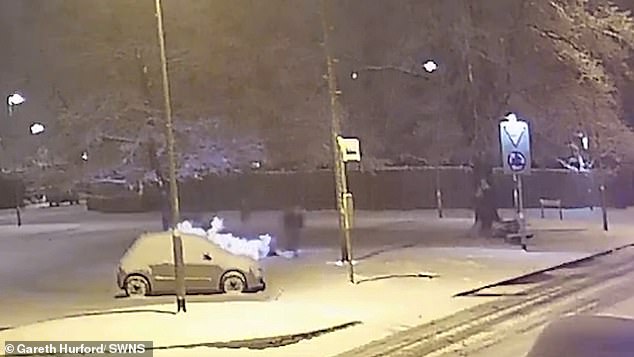 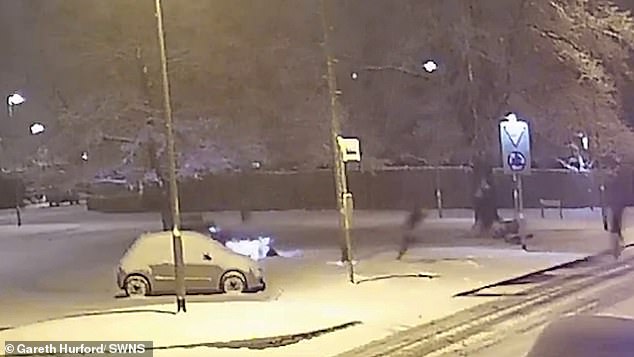 The town council made attempts to re-erect it on Monday but the roots are still damaged.

St Neots Town Council in Cambridgeshire has been approached for comment.

This is the not the first year St Neots has had problems with their Christmas tree.

Last year St Neots Christmas tree in Market Square had to be removed over safety concerns. The tree started to lean to one side and two splits were discovered through the trunk.