BRUSSELS (Reuters) – The European People’s Party will remain the biggest group in the European Parliament come elections in May, giving the center-right EPP’s lead candidate Manfred Weber a shot at succeeding Jean-Claude Juncker as EU chief executive, according to a Reuters analysis of polls. 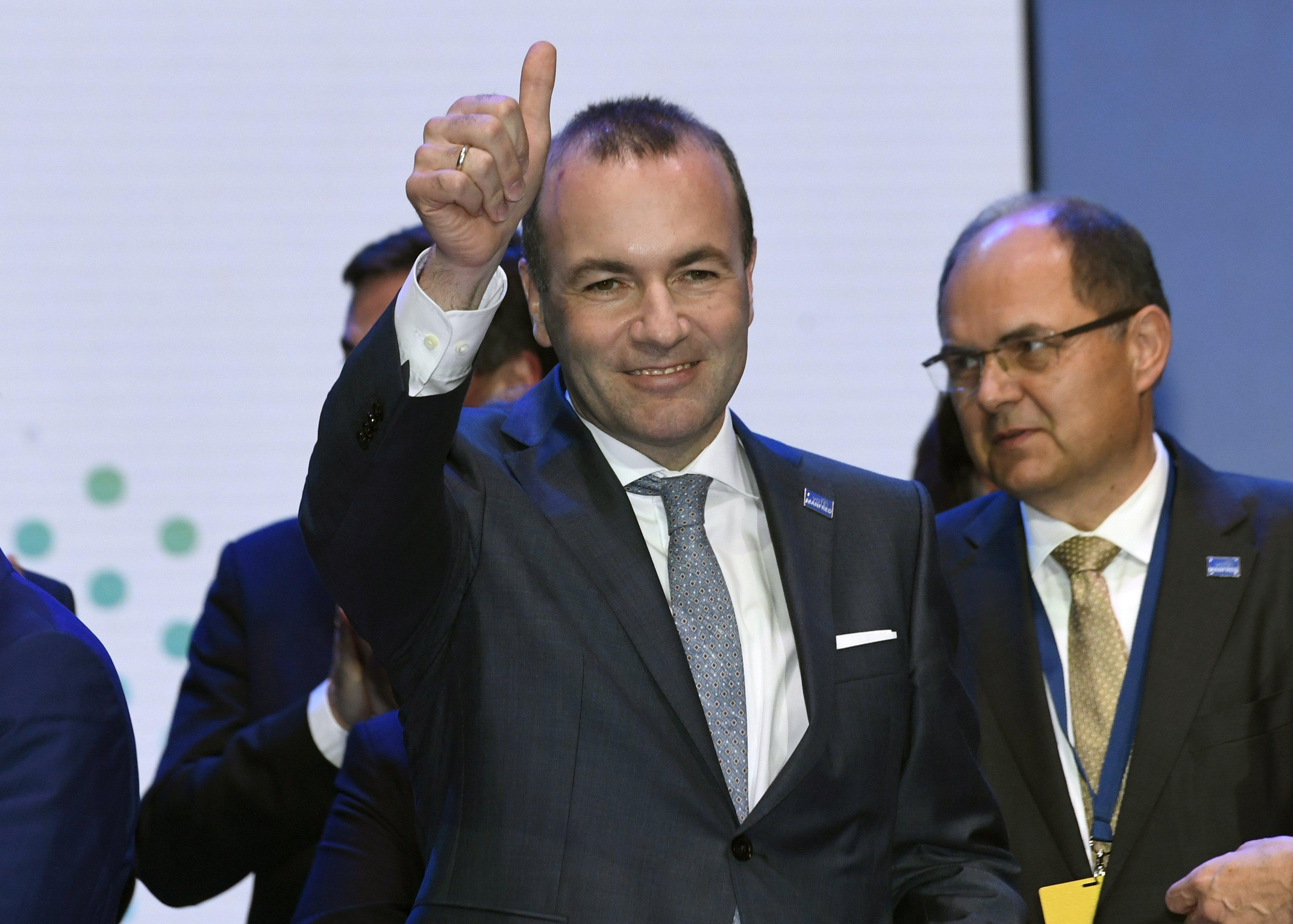 Weber, who leads the EPP in the EU legislature, easily won a party congress ballot to be its “Spitzenkandidat”, or official nominee to be president of the European Commission — although many EU member state leaders say they will not be bound by May’s election results in choosing Juncker’s successor.

The analysis is based on polls in the 27 EU states or actual election results where these are more recent. Where available, the polls used are those collected by the European Parliament in its monitoring of national political trends, which can be found here: here .

The analysis indicates that the EPP would remain the biggest party, extending its lead over the center-left Socialists and Democrats (S&D), whose Spitzenkandidat is Juncker’s Dutch deputy Frans Timmermans. But reflecting recent national trends, the two mainstream groups would together drop below half the seats as anti-EU nationalists and a range of other small parties do well.

Most countries use simple proportional representation in EU elections, so calculating seats from votes is straightforward. Regional voting in Italy, Ireland and Belgium entails making some assumptions to project seats from voting percentages.

The polls make varying claims of accuracy and the analysis provides only a rough snapshot of sentiment; it is a method used by some EU officials internally – including at the EU assembly itself – to get a sense of the shape of the next parliament.

According to the Reuters analysis, the EPP stands to gain about 177 of the total 705 seats, down from 219 in the current 751-seat chamber. The parliament is shrinking next year because Britain is leaving the EU in March.

The S&D would still be second with 141 seats, down from 189. An informal “grand coalition” with the EPP would be short of a majority, however, suggesting the new Commission head will have to build broader support to steer legislation through.

The Greens, doing well in Germany, are set to hold steady in the EU legislature. Latest polls show them winning 23 of Germany’s 96 seats, or 48 seats in total, down from 52 today.

The liberals of ALDE, assuming an eventual alignment with President Emmanuel Macron’s new centrist En Marche party in France, would become the third largest party with 83 seats, overtaking the ECR group, which will lose out from the departure of its founders from Britain’s ruling Conservative party.

The far-right EFDD and ENF groups, aided by the popularity of the now ruling League and 5-Star in Italy, stand to gain 20 seats, to a total of 98, despite the departure of Brexit campaigners the UK Independence Party. Though the future line-up in the parliament of anti-immigration parties including France’s National Rally and the Dutch Freedom Party is unclear, the broad far-right bloc could grow to 14 percent from 10 percent.

That could challenge the established parties and crack open internal divisions after Britain leaves the bloc next March.

Mike’s Monday Outlook: a brief warm up on the horizon

First picture of Irish toddler, 3, who died in hospital after being found unconscious in pool on family holiday to Alicante – The Sun