The f-word! Channel 4 is rapped by watchdog for screening episode of Gordon Ramsay’s Kitchen Nightmares containing 17 uses of word ‘f***’ and nine of ‘s***’ at 4pm

Channel 4 has been rapped by watchdogs after broadcasting Gordon Ramsay shows littered with swear words during the daytime.

An episode of Ramsay’s Kitchen Nightmares USA, which was aired on E4 Extra at 4pm on a weekday included 17 instances of the word ‘f**k’ and its variations. 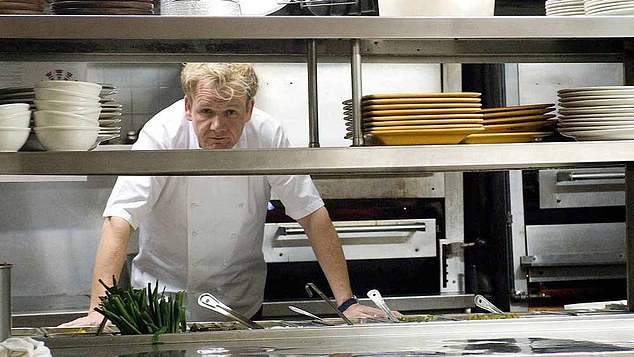 Ramsay, 56, was also heard to say ‘it’s f**king dry’ when referring to some stale meatballs on Gordon Ramsay’s 24 Hours to Hell and Back.

The documentary series was broadcast on Channel 4 at midday in August during the school summer holidays.

Channel 4 said that it accepted the broadcasts were in breach of the Broadcasting Code’s rules on offensive language and apologised.

The broadcaster said the programmes were originally part of a post-watershed series that had been edited for daytime broadcast and that the words in question were aired due to human error.

In its ruling on the Kitchen Nightmares show, Ofcom said: ‘In Ofcom’s view, the repeated use of offensive language, including the most offensive language, before the watershed in a pre-recorded programme on a widely available free-to-air channel was clearly capable of causing a high level of offence.

‘We did consider the audience may expect some mild or moderately offensive language on this channel at this time.

‘However, we considered that the majority of viewers, and in particular parents and carers, would not have expected to hear this level and frequency of potentially highly offensive language, particularly 17 instances of the word ‘f**k’, at this time of day.

‘There was also no warning ahead of the programme or apology broadcast.’

The watchdog’s ruling on the Gordon Ramsay’s 24 Hours to Hell and Back episode added: ‘We took account of the licensee’s explanation of the circumstances that resulted in the offensive language being broadcast and the steps it had taken to ensure such compliance errors would not happen again in the future.

‘However, Ofcom’s decision is that, taking the above factors into account, the broadcast of the most offensive language in this programme was not justified by the context and was in breach.’

Channel 4 said it had put a number of measures in place to prevent recurrence of the incidents.