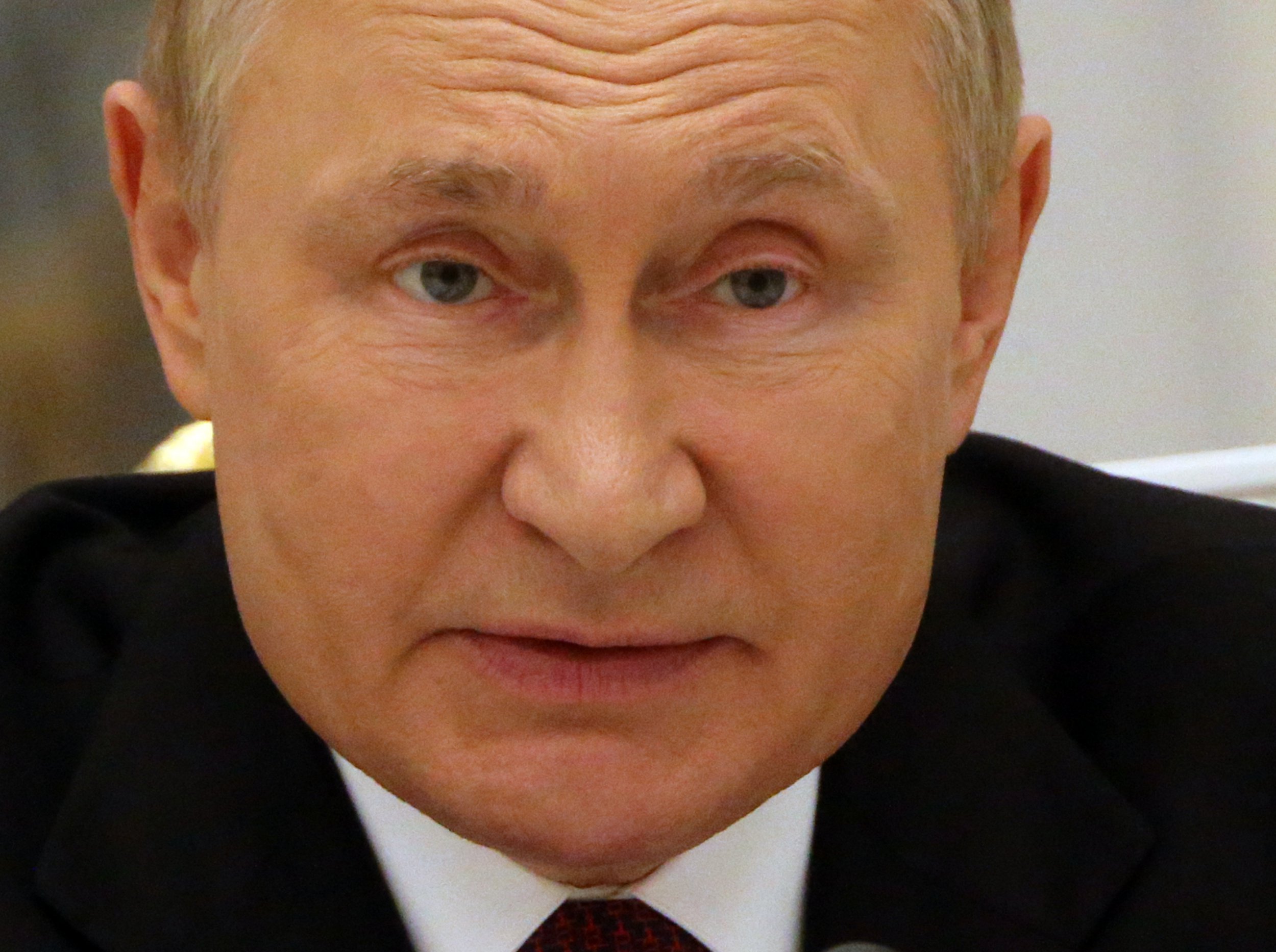 Kremlin-watchers have been left baffled by the last-minute cancellation of a major announcement by Vladimir Putin aimed at turning the tide of war following weeks of embarassing setbacks.

The Russian president was expected on Tuesday to order a ‘full mobilisation’ of forces and unveil his plan to annexe parts of Ukraine currently held by his troops.

What would have been his first address to the Russian people since the launch of his invasion was tabled for live broadcast at 6pm UK time, but more than two hours later there was still no word of it appearing.

A former Nato military chief said the unexplained delay was sign of ‘chaos behind the scenes’, with ‘real questions’ remaining over whether the Russian war machine was up to enforcing Putin’s plan.

Pro-Kremlin propagandists then appeared to suggest his speech had been postponed, although an official confirmation had yet to be issued late on Tuesday night.

Sergei Markov, a Russian political scientist who used ot be a close adviser to President Putin, said the address was delayed until tomorrow.

Experts believed the 69-year-old would set the stage for Moscow to formally absorb Russian-held Ukrainian territories into its control.

Earlier in the day, four regions occupied by the invaders announced plans to stage referendums over the coming week on whether they should become part of Russia.

Puppet leaders in an area covering 15% of Ukraine are expected to brazenly rig the votes in favour of joining as ‘republics of the Russian Federation’, which technically have their own constitutions but are wholly ruled by the Kremlin.

Ukraine’s foreign minister, Dmytro Kuleba, said: ‘The referendums will change nothing. It’s an act of desperation for Russia but it is not going to help them.’

Ukraine’s allies have united in decrying the plan, which Nato and the White described as ‘sham referendums’.

Blasting it as a ‘travesty’, France’s President Macron said: ‘Russia has declared war, invaded the region, bombareded it, killed people, made people flee, and now it’s going to hold referendums.

‘If it wasn’t so tragic, we’d laugh. It’s cynical and therefore it won’t be recongised by the international community.

Nato’s Secretary General Jens Stoltenberg added: ‘Sham referendums have no legitimacy and do not change the nature of Russia’s war of aggression.’

The reforms, which dramatically upped punishments for deserting in those circumstances, has been seen as a sign that Putin is paving the way for mass conscription of civilian men.

Western intelligence sources say Russia and Ukraine are roughly level in troop numbers but that the defenders are ‘streets ahead’ in terms of morale.

‘You can’t just mobilise individuals and expect them to be trained, capable, professional soldiers able to take their place in a very bitter, nasty, high-intensity war.

‘There are real questions as to whether the Russian army has got the training base.

‘We’ve already seen that the Russian army is effectively a criminal, kleptocratic, corrupt and totally incompetent – even if brutal and deadly – organisation and I think there’s a very high chance that a mobilisation might fail.’

Two of the Ukrainian territories planning to hold referendums, Donetsk and Luhansk, broke away in 2014 and have been run as police states by Moscow-funded thugs calling themselves ‘People’s Republics’.

Votes will also be held in Kherson and parts of Zaporizhzhia, southern regions seized by the invaders this summer where Putin’s grip is less tight.

The so-called referendums, due to start on Friday and conclude on Wednesday, in were all announced in the space of just a day, prompting experts to speculate that they were tightly choreographed by Moscow.

The timing of the announcement and Putin’s speech were said to be attempts to seize the limelight from the UN General Assembly in New York – the first in-person meeting of 180 global leaders in the three years since the start of the pandemic.

Putin will be one of few leaders of member states not to attend the gathering, instead sending diplomats in protest at Russia being suspended in April.