Mask of blood: Cheetahs’ faces are covered in gore after feasting on a kill

A pack of cheetahs struck a menacing pose with their faces covered in blood and guts after devouring an antelope in Kenya.

The predators were coated in crimson with cartilage hanging from their mouths after they feasted on a 30lb antelope in the Maasai Mara national park.

Vivid images show the so-called coalition of cheetahs licking their lips and prowling the game reserve after their meal in what photographer Tapan Sheth described as a ‘thrilling moment’.

‘It was the live first hunt I’d ever seen, and it was great. I was just fifty feet away from this amazing capture. There is one photo where the cheetah is facing the camera which I am particularly proud of,’ said Tapan, from Rajkot, India.

Some of the animals are thought to be around eight years old, well into middle age for a cheetah which typically lives for around 10 to 12 years in the wild – and faces threats to its existence.

Wildlife experts say cheetahs are traded as pets after being illegally caught in Somalia, Ethiopia and Kenya, and are sometimes poached for their skin. The African Wildlife Foundation estimates there are only 6,700 adult cheetahs alive in the wild. 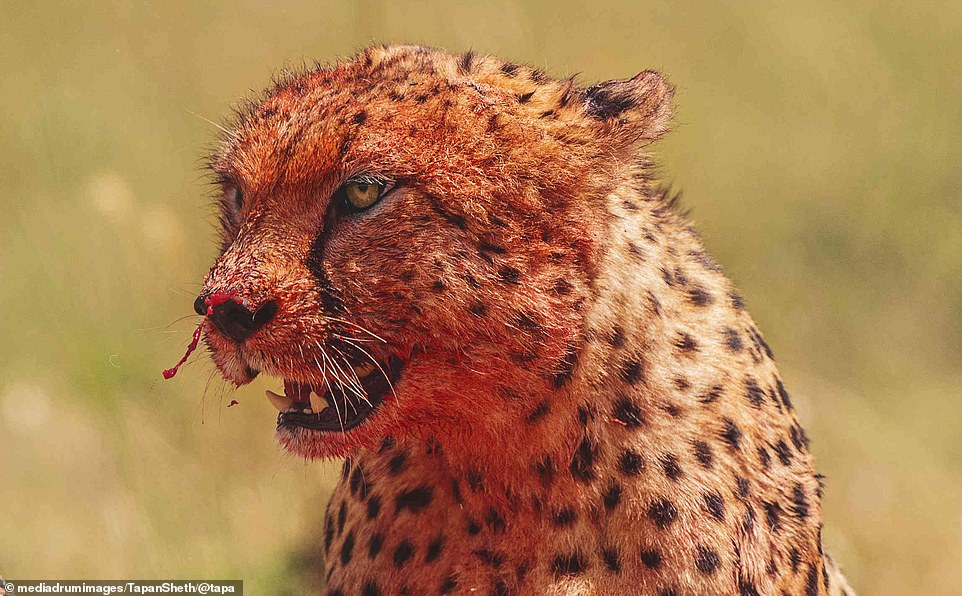 Blood and guts: Cartilage hangs from the button nose of a cheetah after it devoured an antelope along with a so-called coalition of the big cats in Kenya’s Maasai Mara national park 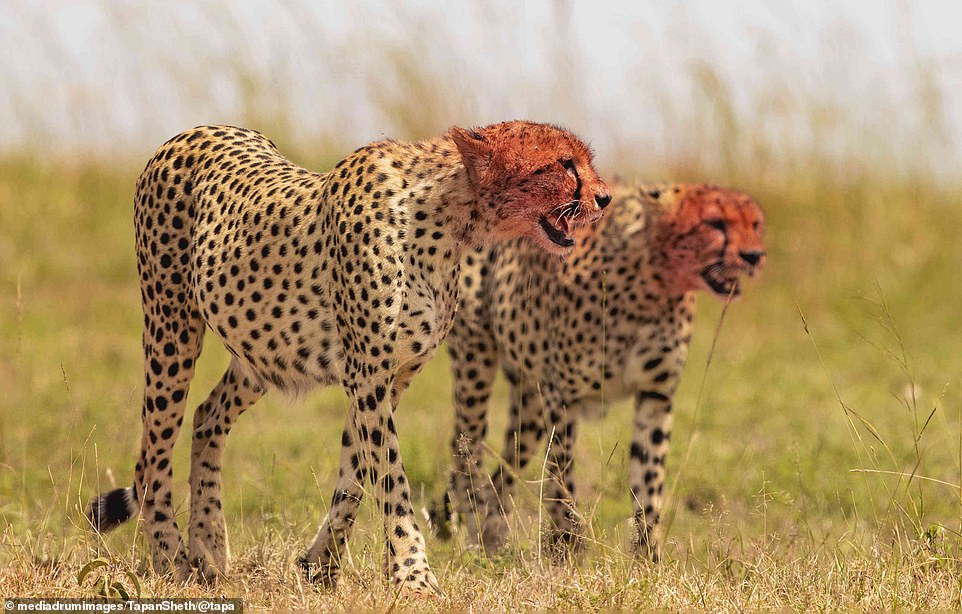 Licking their lips: Two of the predators savour their meal after devouring the antelope, having even scared off a pride of lions who were manoeuvring for a share of the meal 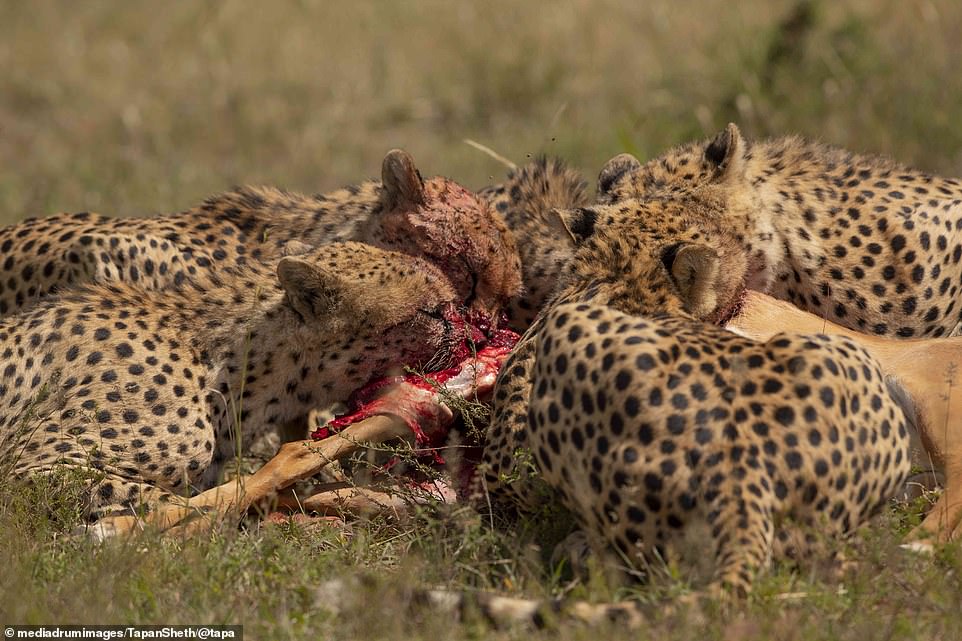 Feast: The coalition of cheetahs tucks into its meal, with the 30lb antelope visible only by its stripped and lifeless leg after it was killed by the big cats in Kenya’s Maasai Mara game reserve 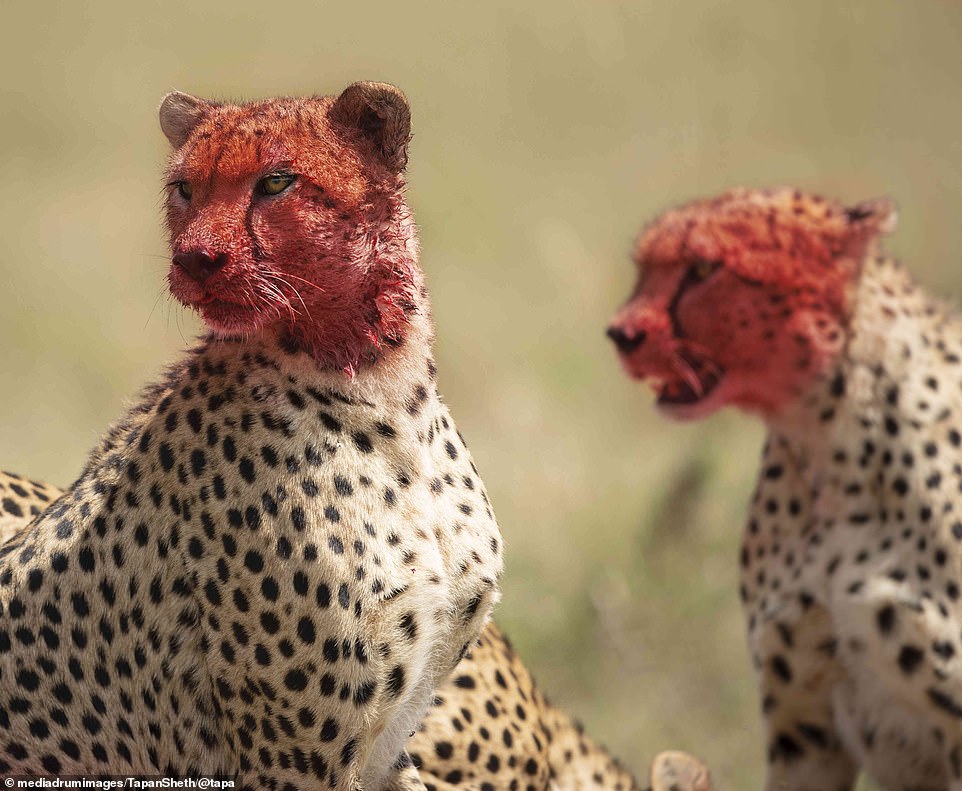 Turning heads: The cheetahs were left with bright red faces – standing out against their trademark light-coloured coats and spots – after their meal left them caked in blood 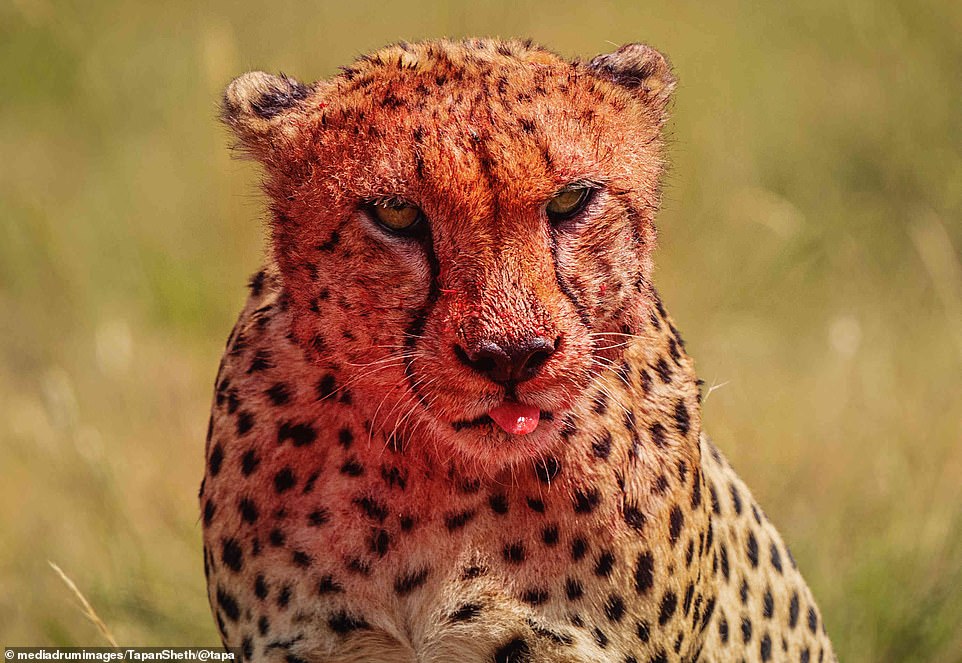 Menacing stare: One of the cheetahs looks directly at the camera and licks its lips with its face covered in blood after the animals showed their predatory prowess by taking down an antelope 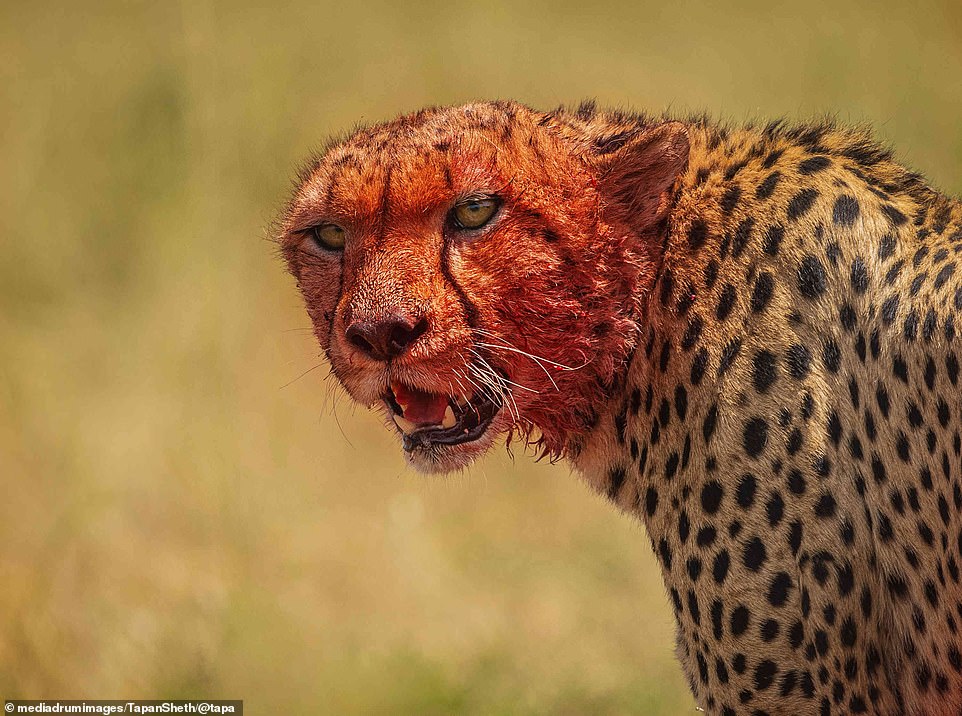 Red-faced: This cheetah cut an aggressive figure in what photographer Tapan Sheth, a 41-year-old from Rajkot, India, described as his favourite photo in the collection 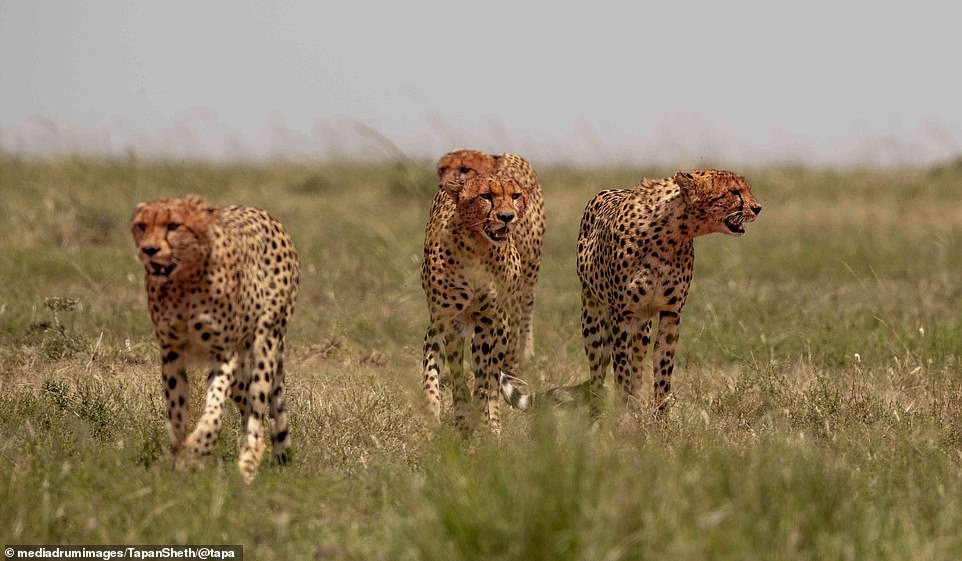 Hunting in a pack: These cheetahs were born from different mothers but are part of the same ‘coalition’ of the animals – which face threats from poaching and illegal capture in the wild 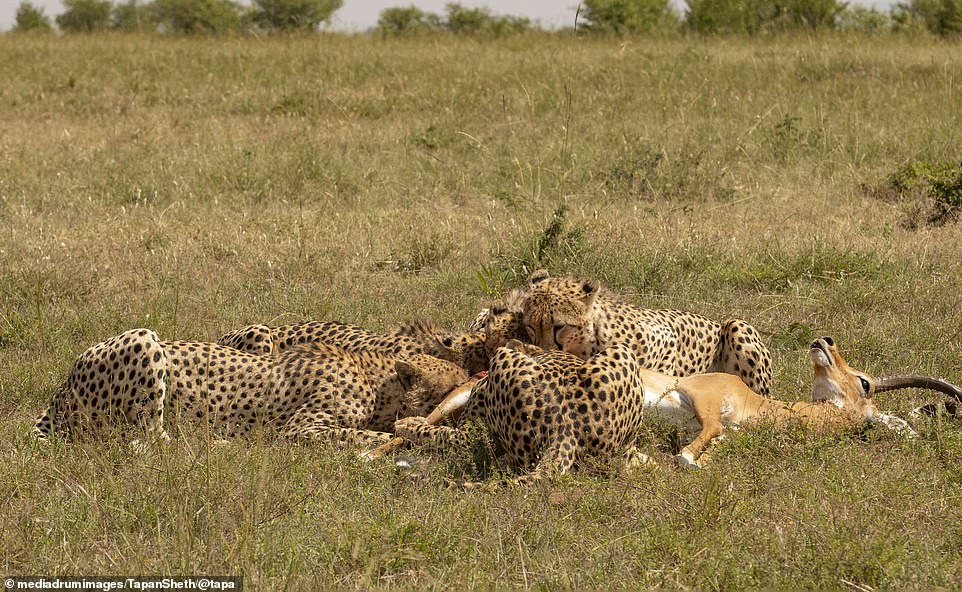 Public gathering: The cheetahs lay on the graasland of the Maasai Mara game reserve in East Africa. There are estimated to be fewer than 7,000 of the animals left in the wild

Congo heads to the polls for tense, long-delayed presidential vote