CHILDREN have been collapsing at school after vaping fake cannabis oil laced with the drug Spice.

Teachers have rushed kids as young as 12 to hospital after they were targeted by dealers on Snapchat, a new report has revealed. 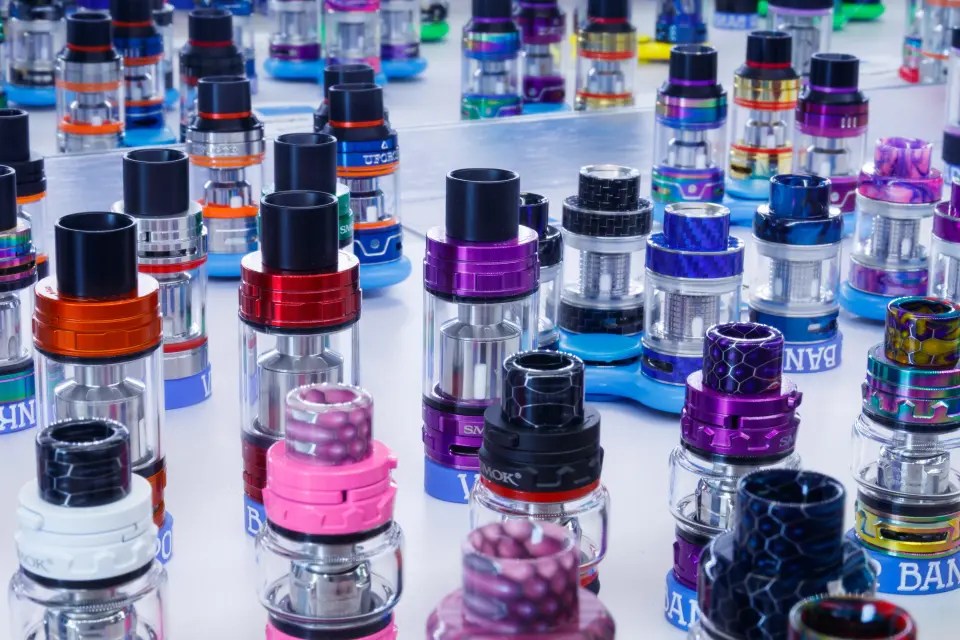 Researchers found 10ml bottles of e-liquids supposed to contain THC – the chemical that causes a high – were being sold on the social media app.

But while genuine cannabis oil products often retail for between £40 and £60, these products contained the potentially deadly synthetic drug Spice and were being flogged for as little as £10.

A 15-year-old from Trafford, Greater Manchester, was hospitalised after inhaling the substance, while three other pupils were taken to A&E by ambulance after collapsing at a Rochdale school after vaping supposed cannabis oil.

On both occasions, the products were tested and found to contain synthetic cannabinoids used to make Spice, Manchester Evening News reports.

One of the school's headteachers told the Greater Manchester Testing and Research on Emergent and New Drugs report: "We had to have them blue lighted to hospital at the time.

"When these kids were collapsing, I knew obviously something was wrong and I knew that they couldn’t just be taking something that they thought that they bought from a shop that's supposedly had cannabis in or something like that."

A health service manager in Oldham also told the report: "There has been [an] increase in referrals stating vape use.

"We have seen an increase in A&E attendances that states 'vape unknown substance' symptoms that suggest they have vaped Spice."

Experts now fear that cannabis vapes are becoming too readily available for children in the area – and the rest of the UK.

A specialist nurse in the north east of Greater Manchester said: "We have seen an increase in vapes in the last 12 months – vapes containing THC, synthetic cannabinoids, CBD.

"The young people don't know or understand what is in them, but they have caused extreme intoxication or collapse."

The products are most popular among 15 and 16-year-olds, but kids as young as 12 have been smoking, the report said.

While the number of children who collapsed after vaping fake cannabis oil which contained spice in 2021 has not yet been confirmed, more than 12 at schools in Bury, Rochdale and Oldham did so in 2019.

Experts hope that by confirming these oils contain the potentially dangerous drug Spice, they can urge youngsters to stay away from them.

But they still worry that the sale of such oils on social media – usually Snapchat – is on the rise.

A spokesperson for Snap, the company which owns Snapchat, insisted that using the app to buy or sell drugs was "strictly against our rules".

They added: "We actively look for and ban accounts and search terms associated with drug dealing and use industry leading technology to find drug content.

"We also partner with organisations like Frank to provide in-app information about the danger of drugs."

First picture of Irish toddler, 3, who died in hospital after being found unconscious in pool on family holiday to Alicante – The Sun